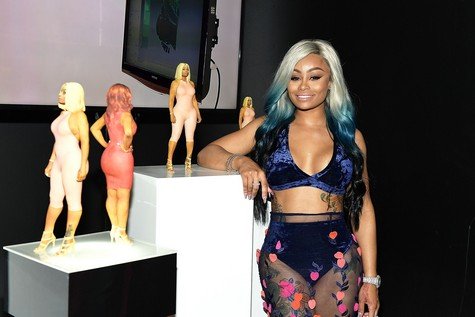 Guess who just released their own line of dolls? Blac Chyna! The reality star and sometimes Kardashian side-kick showed off her new line of figurines this week at a release event attended by her friends, including former Atlanta Exes star Torrei Hart.

Vicki Gunvalson, Kelly Dodd and others helped Patti Stanger (who had some pretty harsh things to say about Bethenny in a new interview) celebrate the premiere of Love Blows for WE tv.

In this Friday edition of reality star photos we also have Bethenny Frankel hosting a cocktail party, the cast of Growing up Supermodel hosting a premiere party, Joanna Krupa out and about in a hot pink dress and more! Check out all of the photos below in our gallery.

When the cast for Real Housewives Ultimate Girls Trip Season 4 was announced, I was thrilled. There were some veterans…
Reality News 5 days ago