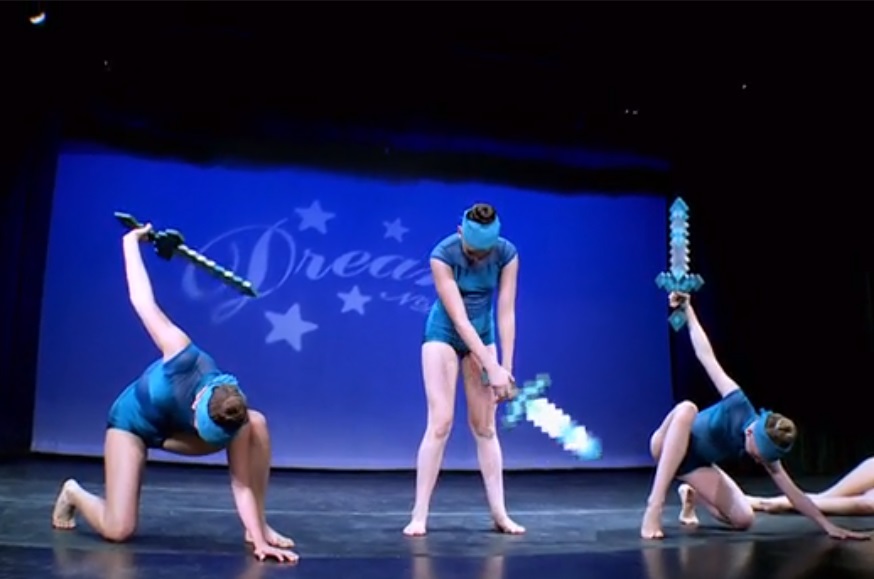 Have we decided who is collectively more miserable? Is it the veteran Dance Moms or the mini mother planning their tiny coup? Perhaps we just call it even and declare Abby Lee Miller the nastiest participant in this crazy reality show? Anyone? Over/under? Perhaps the truest evil genius is Lifetime for continuing to subject us to these super-sized episodes.

Jill is now more focused on Kendall’s music as that’s what making waves for her daughter’s teammate Nia Frazier. She feigns excitement for JoJo Siwa’s latest music video, reminding Kendall that her album is what is most important. Jill has gone so far as to dissolve Abby’s role as Kendall’s manager, and she is bracing for Abby’s wrath as a result of that decision. Before pyramid, Jill warns the other mothers that Abby may be in rare form due to her lawyer’s letter to Abby firing her. This should be fun.

Abby starts in with the minis pyramid, and the -ianas and their mamas are torn. There are tears from an -iana and another mini’s mother complains that her daughter is always on the bottom. There are a (very) few mini mothers who are just grateful that their daughters are on the wall at all. When it’s time for the elite team’s pyramid, JoJo is on the bottom because she only performed with the group. Kendall follows for not being a team leader. Nia rounds out the bottom with little criticism from Abby. Brynn and Kalani make up the second rung for being pretty but relying too much on pretty. JoJo’s alter ego takes the top spot which is a much needed comic interruption for the group.

At this week’s competition, the group routine is inspired by the game Minecraft. I have no clue what that is, but I know my friends’ kids play it. Abby has been reluctant to dole out solos in Maddie’s absence, but she gifts Kalani, JoJo, and Kendall with individual routines this week. Normally Jill would be thrilled, but she can’t help but think that Abby is setting Kendall up in light of her lawyer’s letter. Abby rails the minis for their group routine last week and declares they won’t be competing. Abby leads the veteran moms in a cheer at this news. Instead, Abby plans to inundate the minis with extra lessons. When one mini mother complains, she’s met with screaming and contention from Jill and crew.

The following day, Abby works with the elite team on their group routine. The veteran mothers are glad that their daughters are finally doing a dance they can relate to as opposed to paying homage to an artist with whom they aren’t familiar. Brynn is excited about the dance, but she notes that the team runs out of rehearsal time before they’re able to become familiar with the choreography. Kendall practices her solo next, and Holly interjects that this is the first time Abby has given Kendall a solo that meets Jill’s approval when it comes to choreography, music, and costume. She believes Abby is setting up Kendall to beat Kalani. Ashlee agrees.

After Jill‘s blatant rebellion regarding Kendall‘s music career, Ashlee is convinced, Abby is doing everything in her power to woo Jill back to her spot as number one brown-nosing. As Kalani rehearses a number that is clearly a knock off hybrid of a Paige solo and Maddie solo from years gone by, Jessalyn in on board with this theory. Even Jill wonders why Kalani is given so little to work with when competing against Kendall. Jill wants her daughter to beat Kalani, but she wants it to be sort of fair and square…sort of, but not really. 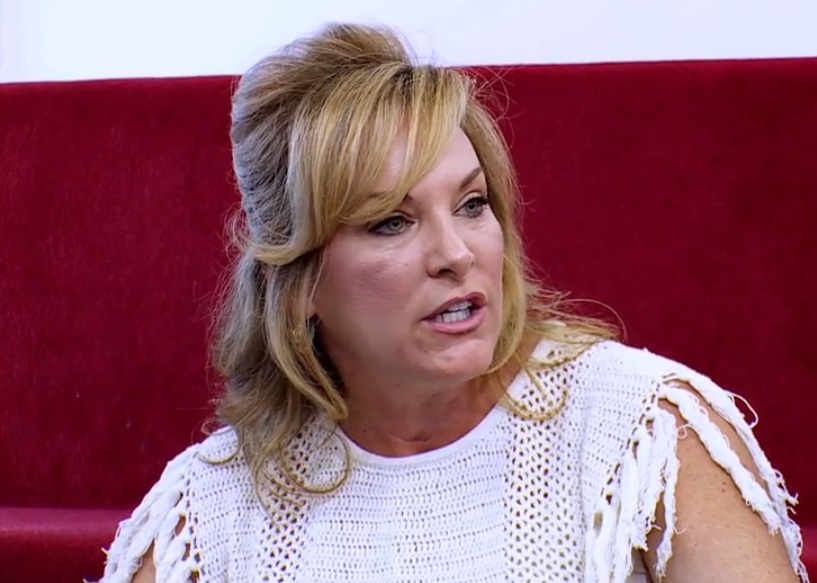 Abby has enlisted a professional choreographer to work with minis. I have to say, watching the tiny team learn from this guy is impressive. They have a lot more talent than I give them credit for, and their mothers fawn over him as if he’s their cabana boy. As JoJo works with Abby, Jessalyn basks in the mother’s praise of JoJo’s recent music single. She’s holding at number three on some unknown countdown. Jess and Holly chide Jill about Abby using Kendall’s solo to win her over after the firing. Jill can’t disagree. She’s over the moon that Abby has gifted Kendall with such an amazing dance. If Abby wants to release more of Kendall’s music in the wake of this solo, she’d be fine with it. All it takes is Jessalyn asking Abby about her motivation with Kendall’s solo to cue a screaming match between Jill and Abby regarding Abby’s management (or lack thereof) of Kendall’s music. They both yell that the other doesn’t have a law degree. Abby drove a Hummer when Jill first met her. But that Hummer was impounded, Jill counters. As Abby storms off, ranting about Kendall’s lack of pop star status, Jill realizes she’d fallen under Abby’s spell thanks to Kendall’s decent solo. She won’t let it happen again. I’m guessing Abby won’t either.

Jill and the mothers are reveling in a week sans minis. They are happy having the elite team being the focus of Abby’s attention, but they still snark about Abby’s lack of loyalty to their girls. The moms then decide to needle Kira about Kalani’s solo. It’s with a chair. Kalani remarks that she hasn’t danced with a chair since she was eight, but Kira doesn’t think it’s worth a battle. Jess and Jill automatically pounce. Why doesn’t Kira care about Kalani’s future? I find this to be humorous and incredibly hypocritical. If Kalani’s routine was one for Dancing with the Stars, Jill would be peeved that Abby had set Kalani up to beat Kendall. When Kalani’s dance is mediocre, she chides Kira about her complacency to confront Abby for the slight. Geez Louise! Not surprisingly, Jill may not have much to say about anything if she continues on her tear. Interrupting the minis ballet lesson, she screeches at the mini moms that the elite team needs Abby’s attention as they are the only ALDC team competing this week. Abby begs to differ and threatens to cut the solo of any elite dancer whose mother dares challenge her. 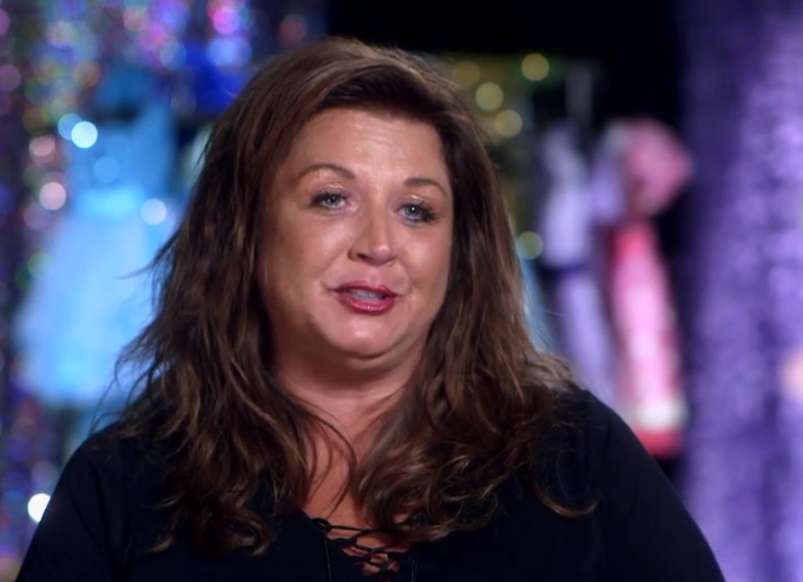 Taking matters into their own hands, Jill and Jessalyn decide to rehearse with their girls. However, Abby finishes up with the minis in time to rehearse with Kalani. As the mothers watch from the viewing room, Jessalyn casually asks Kira if she has a flat screen television for sale. Of course, what she really wants to know is why Kira was arrested for theft and fraud a decade ago for pretending to ship items she’d sold, but never actually sending them. When questioned, Kira enlists the buzz words of every reality star with a rap sheet. She’s not at liberty to discuss it, but it certainly wasn’t her fault. She was guilty by association. Isn’t everyone? 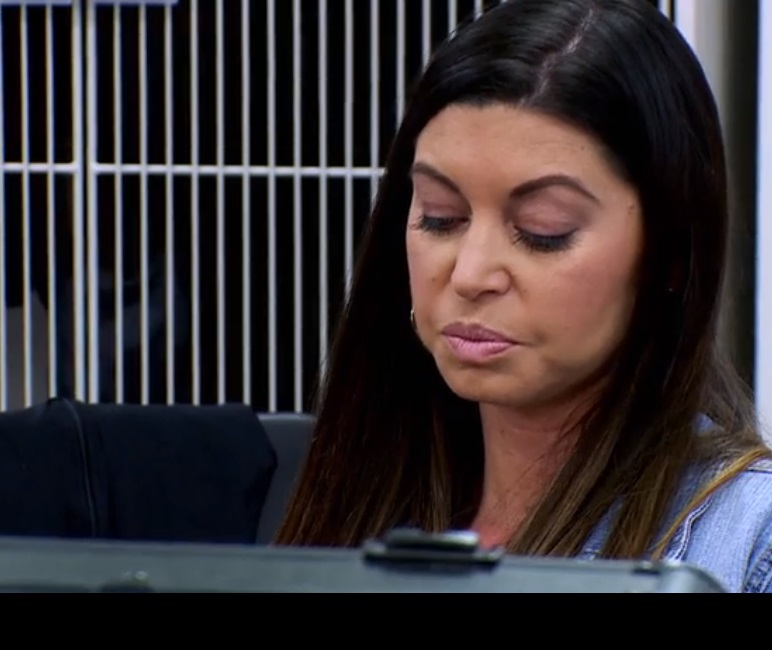 On the day of competition, the team has to deal with a minor registration issue before they can prep for their solos. Kalani may have a chair, but she’s lacking a costume. Kira pulls something together at the last minute, but the mothers continue to be aghast at Kira’s lack of concern for Kalani’s dumbed down routine. Even though the minis won’t be performing, the moms show up for camera time. I mean, to show their support, or maybe to confront the veteran mothers for being major beeatches towards them this week. It’s one of those reasons. Holly, realizing she hasn’t caused much drama this episode, threatens to quit if the mini moms stick around. Without Nia, there will be no original teammates left.

JoJo performs first, and it’s the same upbeat dance we’ve come to expect from JoJo, complete with the out of this world expressions. Kalani takes the stage next, and while she does an amazing job with what she was given, it’s still just her dancing around with a chair. Kira is not happy. Kendall is practically flawless, and Jill may be on the verge of forgetting what a complete jackleg manager Abby has been for her daughter’s music career. That Jill just craves Abby’s attention, doesn’t she? Before the group routine, Jill and Jessalyn attempt to egg on Kira in hopes that she’ll say something to Abby about Kalani’s choreography. When Abby hears them, Jess states that Kalani deserves better. She didn’t even have a costume for crying out loud! Kira remains mute. The Minecraft number, cleverly titled Mind Craft, is fabulous. 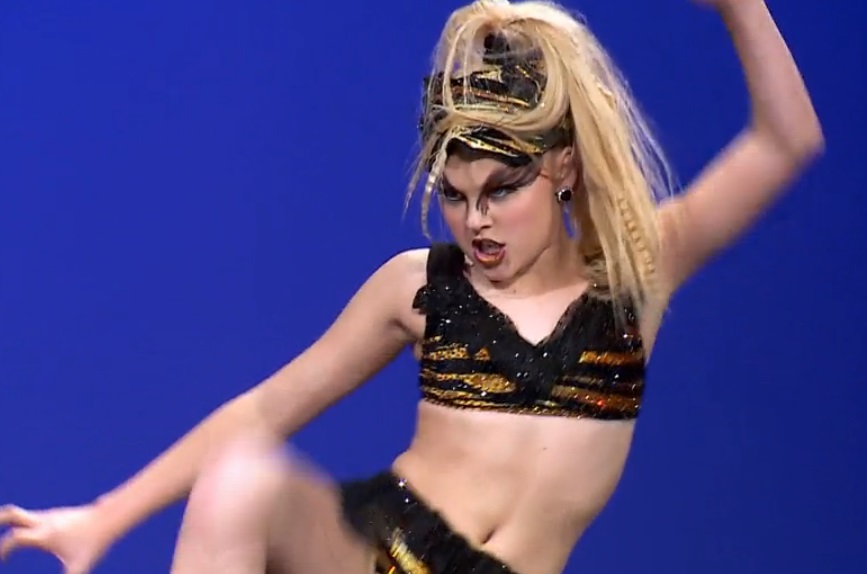 At the awards ceremony, everyone is on pins and needles about the solos…and they should be. Kendall places seventh with Kalani faring a bit better in the fourth spot. JoJo doesn’t place at all. Thankfully, Mind Craft wins its category. Backstage, Jill blames the low solo scores on the fact that Abby was arguing with the director of the competition. The mini moms remind Jill that the group placed first, and Jill seethes that they will never be a part of the true ALDC team. Jill blames Abby’s legal issues on why it’s best for Kendall to find new management, but Abby cryptically asserts that they should be able to come to an agreement. To Jill, this can only mean one thing. Is Abby going to sue her?

TELL US – WHAT DID YOU THINK OF LAST NIGHT’S EPISODE? SHOULD JILL BE AFRAID OF ABBY?

The world was shocked to learn of the death of Stephen “tWitch” Boss on December 13, 2022. His cause of…
Reality News 2 months ago

Season 31 of Dancing with the Stars has been notable for several reasons. Popular pro Mark Ballas returned to the…
Reality News 3 months ago

Val Chmerkovskiy is returning to the ballroom for Season 31 of Dancing With the Stars, while wife and fellow Dancing pro Jenna Johnson is looking forward to watching…
Reality News 5 months ago