I’m not going to bend your ears anymore complaining about why in the name of all that is decent Lifetime has decided that ninety minutes is the new norm when it comes to this season’s Dance Moms episodes. I guess the network just doesn’t have any reality stars that are as riveting as Abby Lee Miller and her band of dancers. I should be used to it by now, and it will be a special treat if I ever check the Lifetime schedule and see a show only spanning an hour. Silver linings! Of course, the veteran moms are still feuding with the mini mothers.

The episode begins with a heart wrenching announcement from Kira. A friend of Kalani Hilliker’s from the Arizona dance community has committed suicide. She has spoken with Abby and hopes the difficult topic will be addressed with the team. After last week’s solo bomb, it’s no surprise that Abby isn’t in the greatest mood for this week’s pyramid. Since they didn’t compete, the minis are spared the pyramid and sent to work with a guest choreographer. Abby vows to make more time for them this week, as she hopes she’ll find a mini-Maddie in the bunch.

After admonishing JoJo Siwa for missing ballet practice earlier for a photo shoot, Abby chastises her dancers for under performing in the solo. She then criticizes JoJo for never trying to improve, and she places her at the bottom of the pyramid. Wait, did, Jessalyn just say she wants JoJo to be the next Kim Kardashian? Hashtags goals for sure, hashtag eyeroll, #hashtag. Kendall Vertes is next, followed by Kalani for their less than note worthy placements in the solo competition. In Kalani’s defense, it was technically a duet with a chair. Nia Frazier is in the second spot and Abby praises her for an outstanding role in the group number. Brynn is at the top of the pyramid, and she’s shocked, but excited.

Revoking solos after last week’s debacle, Nia and Brynn will be doing a War and Peace duet. JoJo and Kendall are gifted the second contemporary ballet routine entitled Push and Pull. Jill Vertes is floored–the girls never compete with a ballet number. JoJo is freaked out, as she doesn’t have the best technique when it comes to ballet. She’s more a jazz dancer.

Abby announces that the group number will called Suicide Hotline. Holly Frazier hopes that Abby will have enough time to focus on such a sensitive subject. Abby plans to bring in a counselor to make sure the dance is appropriate, focusing more on the hotline and less on the act. It is such a heavy, heavy piece, and I hope it will be a moving routine that could potentially help a teen in distress. As with far too many people, this is definitely a subject that brings up several very raw memories. I’m going to be honest, it’s hard to write about knowing most of this show is just screeching banshees posing as mothers tearing down their counterparts and each other’s daughters. 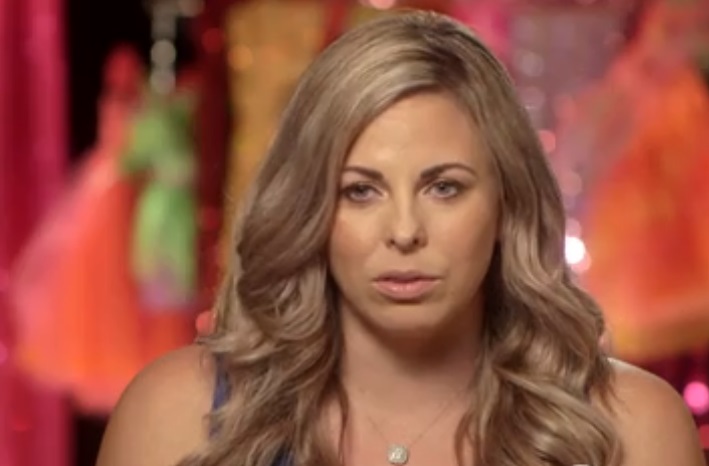 Kendall and JoJo are working with a ballet choreographer, and I want him to be a regular. Those jumps! That accent! Neither the girls nor the mothers are on board with having a ballet duet. Jess is concerned that this dance will make her daughter look bad and will affect her branding. You’ve never seen Kim K. in pointe shoes, have you? After a rough practice, JoJo is in tears about how silly she will look on stage. When Abby questions JoJo’s tears, Jessalyn pulls her daughter from the duo. Ashlee complains that Jessalyn never makes JoJo do anything outside of her comfort zone. Kendall sighs that she has the worst luck with duet partners (#truth), and

Abby decides she needs to focus on the minis punk band inspired group number. She’s not having much luck on that front either. Where is the cohesiveness? These minis are a hot mess.

The following day, JoJo is a no-show at her duet rehearsal, and Jessalyn is evading their phone calls. Abby begins to treat her absence as a teaching moment…you don’t give up on something just because it’s difficult. Jill argues that Jess has to be mindful of JoJo’s growing pop star brand, but she is peeved that her daughter is left without a partner. Unnamed mini-mom offers up her daughter as a replacement, and Abby graciously thanks her for constantly shoving her daughter down her throat. Kalani will take JoJo’s place. Jill breathes a sigh of relief. Kalani is an amazing phenomenal.

Ashlee suggests Jessalyn’s behavior is incredibly hypocritical. She’s called out Brynn for crying and being hateful and intimidating, despite touting her daughter’s anti-bullying campaign. Jill hedges that Jess isn’t quite a bully. Holly and Kira can barely hide their indignant snorts. Ashlee is concerned that Kalani’s addition to Kendall’s dance is going to take Abby’s attention from Brynn and Nia’s rehearsal time. Holly believes Abby has now decided to prove that she can make a winning dance without JoJo than working with Nia and Brynn.

Abby is beside herself at Jess‘ rude behavior. As a dance teacher, Jess should recognize that it’s important for JoJo to be proficient in several styles of dance. Ashlee and Kira scoff at this statement. They tell Abby that Jess couldn’t care less about dance. She wants to build the next Kardashian empire. Um, good luck. Meanwhile, the mini mothers taunt the veteran moms for being a Jessalyn down. The remaining OGs are presenting a united front, but Holly silently seethes. Given the gravity of the message of the group routine, Holly wishes that Jess had put aside her disdain for the ballet duet in favor of doing a routine that could have an incredible impact. 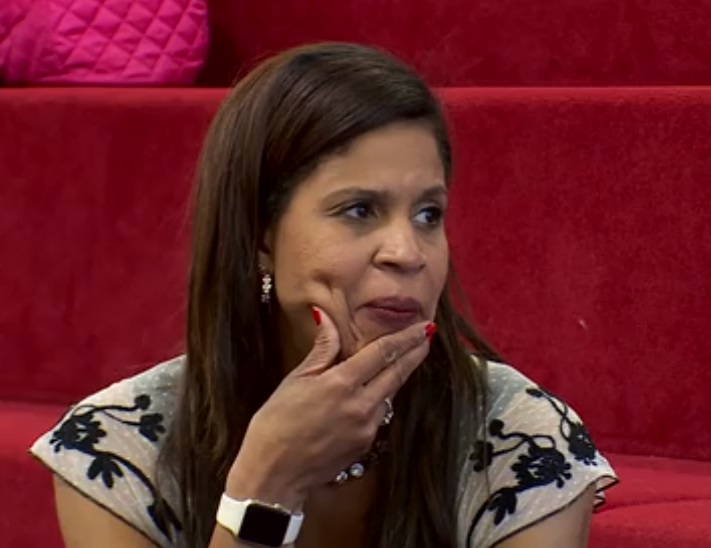 After working with Brynn and Nia, Abby passes off the mini’s group routine on another choreographer to focus on the importance of the group number. A counselor and a teen volunteer from Teen Line’s suicide hotline come to the ALDC to educate them on the subject of depression and suicide, and the girls are mindful that they have a responsibility to portray such sensitive subject matter with their talents. I know it is going to be amazing and powerful.

The following day at competition, Ashlee revels in how quiet the dressing room is without Jessalyn’s booming voice and screaming rants. Abby isn’t sad to be free of Jess’ yelling as well. I will say, Abby seems to be in a much better mood. Kira is also thrilled and nervous for Kalani’s duet. Her daughter doesn’t want to be a pop star, she wants to be a dancer. As usual, Nia and Brynn are overlooked, and have been without Abby’s guidance for most of their rehearsal time. They feel unprepared for their dance, and Ashlee cites the unfairness. Say it with me, won’t you dear readers? Life. Is. Not. Fair.

Kalani and Kendall are the first to perform. While it’s no Black Swan, they both look graceful and poised. Kalani is one phenomenal dancer, and Kendall is very pleased with their hard work. Brynn is nervous about her duet with Nia, and Nia gives her younger teammate a much needed pep talk. It worked. Brynn and Nia are very proud of themselves for pulling it together for the stage, and Abby greets both duets with cheers and hugs, complimenting Nia and Brynn for making it look easy. Holly is beaming. Jill interrupts to say how wonderful it was for Kendall to have to work up to Kalani’s level, given Kalani’s stellar technique. She’d never get that challenge if she had remained paired with JoJo. After an impassioned speech from Abby, the elite team is fully aware of the gravity of their message, and the minis are nodding their crimped ponytails in agreement.

The minis’ group routine is cute if you consider a bunch of six-year-olds flaunting their inner 80’s Madonna to be “cute.” On the other hand, the elite group routine gives me chills, and I may have welled up with tears. It is incredibly moving, and Kalani proves yet again that she is the one to watch on this team.

At the awards ceremony, Abby is still harping on JoJo’s absence. She shouldn’t have to scramble because of Jessalyn’s lack of loyalty. Holly is impressed with Nia and Brynn’s third placing duo. Considering they did it with little to no help or supervision, she considers it a small victory. Jill beams as Kendall and Kalani take the top spot. Despite the mini mothers’ lack of confidence in their routine, their girls take first in their division. I can only imagine how their competitors looked. It shocks no one when Hot Line wins its age group. Abby cites the number as “perfect” and pats herself on the back for a great day. Backstage, Abby critiques the minis inability to dance as a group. Ashlee basks in the elite team’s victory as one mini mom interjects to say that Jessalyn posted a picture of JoJo lounging at the pool during the competition. Abby calmly decides that there will be no-no bow-bows.

TELL US – WHAT DID YOU THINK OF LAST NIGHT’S EPISODE? WAS HOT LINE ONE OF THE ALDC’S BEST GROUP ROUTINES?

No one can deny that JoJo Siwa has already racked up many achievements. After departing Dance Moms, JoJo wrote her…
Reality News 9 months ago

It was obvious that Dance Moms alum JoJo Siwa was destined for great things. In 2017, the 14-year-old wrote her…
Reality News 1 year ago

Everyone cites Maddie Ziegler as the most successful Dance Moms alum and that’s definitely well-deserved, but former cast mate JoJo…
5 years ago

On last night’s two hour finale of Dance Moms, Cheryl Burke stays true to her word and returns to coach the…
Recaps 5 years ago