Dance Moms Recap: Save The Drama For The Mini Mamas 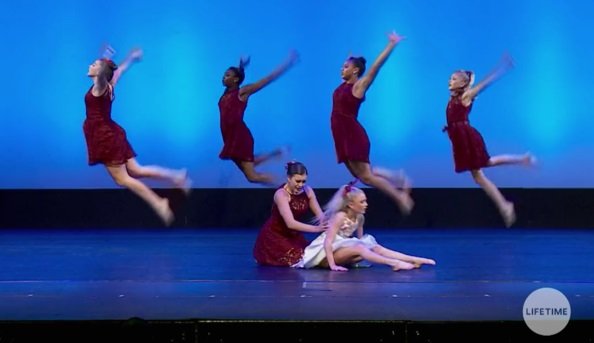 Well, I guess it was too much to ask to have last night’s Dance Moms be free of Abby Lee Miller, but I guess Lifetime wants to capitalize on her demise as much as possible. Me? I certainly could have done without crazy haired Abby slothing around in dirty socks, but I’m not Phil Collins, so… Also, can we discuss how exhausted poor Gianna looks? Bless her heart for having to put up with this insanity around the clock! The episode begins with Abby shutting down the producers from discussing her future after having just learned that her sentencing date has been rescheduled.

Jill finds the pyramid to be very awkward as she and the other moms had planned on Abby already being in the slammer by now. Abby shares that she has a big announcement, and everyone is on pins and needles to hear about her fate. But alas, Abby is just offering extra dance classes on Tuesdays and Thursdays. Holly is perplexed. Shouldn’t they be discussing the future of the team in the wake of her impending prison time. Abby manages to dodge any vague questions and begins the pyramid. Luckily I don’t have to pay much attention because Jill’s talking head drones over Abby’s photo pulls, but congratulations to Kalani for taking the top spot!

At this week’s competition, the Ianas will be doing a duet as will Kendall and Brynn. Abby states that the group number will be based on Ashlee’s custody battle with Brynn’s father. Um, really? Brynn finds the topic to be uncomfortable, but Abby orders her to be cool with it. The mothers dish on Abby deflecting her legal issues by capitalizing on Ashlee’s hardships. Ashlee keeps mum about the details of her custody case, but she is hopeful that the dance will touch others who are in a similar situation. The moms argue as to how to deal with Abby’s sentencing. Should they ignore it like she’s doing or confront her in an effort to show support? Either way, they are going to be fighting a losing battle with Abby. 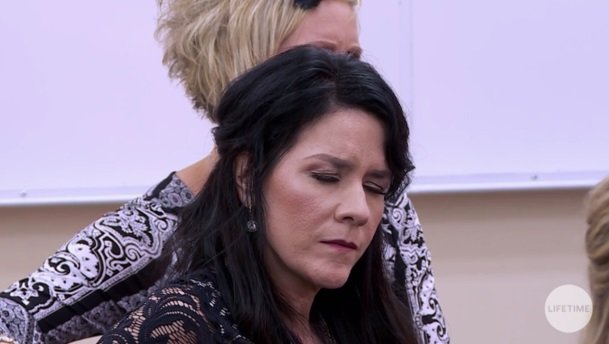 The Ianas dance is entitled Oceans Two, and Abby takes note of the rising tension between the once tight mini moms. Lilliana recently starred in a Sia video (she is quite the Dance Moms fan, isn’t she?), and the other moms note that Elliana’s mother seems a bit jealous. Holly thinks Stacey and Yolanda are doing a poor job of hiding their crazy. She can spot a crazy dance mom a mile away! What’s that old say about it takes one to know one? Ashlee tries to get Brynn to open up about how she feels about the dance imitating her life, but Brynn totally shuts down. She is tight lipped and gets very frustrated with her mother for forcing the issue, especially on camera.

Abby adds another layer to the pressure by announcing that both girls in the winning duet will be guaranteed solos next week. Jill is a tad concerned about Brynn’s ability to bring her A-game given the stress she’s under with her mom’s court case this week. She wants Kendall to get that coveted solo. The following day, Abby is a no-show at rehearsals so the moms head to lunch. On their way, they run into Abby wearing the same clothes as the day before. The mothers notice her giddiness and tease her for her walk of shame. When questioned as to whether she will actually serve time, Abby asserts that she most definitely will, and it will be a welcome vacation. Back in the studio, Jill chastises a diabetic Abby for eating cookies, and Abby begins laughing uncontrollably. Holly believes she has clearly lost her mind. However, a text message leaves Abby stone faced and she flees the scene. The moms take to their phones to do some investigating and find an article where Abby (again) likens jail to a vacation. Holly assumes the text message was from her attorneys chastising her for making light of the proceedings. Abby has holed up with the Ianas, so the mini moms track her down. Abby banishes the camera crew and the meddling “twits” who barged in on her in her office. 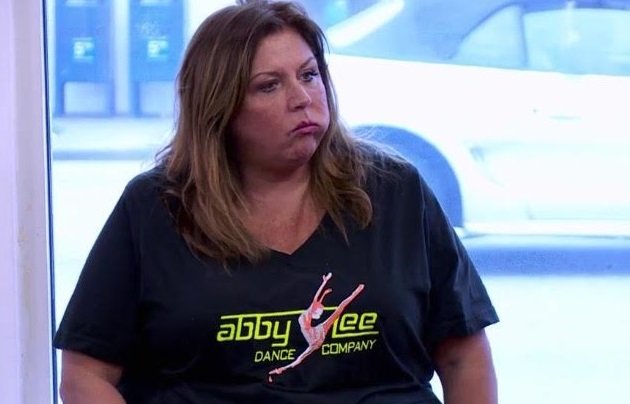 Ashlee returns from her family court hearing and tells Brynn that everything went really well. She inquires about rehearsals, and Brynn shares that Abby was basically a no-show. At the competition, the mothers wonder if she will show up for her girls, but she does…after another walk of shame. The mothers complain about Abby’s absence–she hasn’t seen the final group routine. Abby takes offense–she totally watched a video of the rehearsal. Holly likens her reasoning to saying she’d visited the moon just because she’s seen a picture of it. Backstage, the veteran moms learn that the mini moms didn’t have their girls practice together the night before competing. They question if Yolanda is trying to throw the routine so that her Iana doesn’t have to compete against Stacey’s Iana in a solo next week. Interesting! Abby seems to agree with this theory, and Yolanda isn’t very good at disputing it. 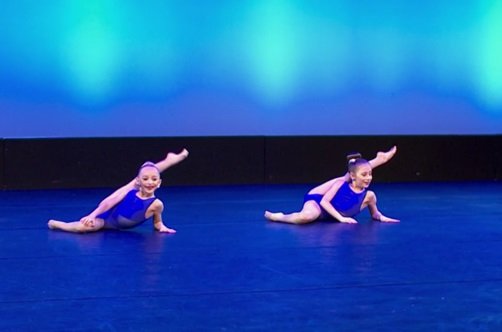 Brynn and Kendall perform their duet, and Ashlee is on pins and needles. She knows Jill will blame her absence and legal troubles stressing out Brynn if the girls don’t win. Ashlee needn’t worry as the girls’ duet is flawless. The mini duet? Not so much! Stacey is complaining about Yolanda’s refusal to have the girls practice together, and Abby seethes because Stacey is in earshot of the judges. After the performance, Nia consoles a crying Iana as Stacey and Yolanda go at each other. Abby kicks them both out of the dressing room. The girls don’t need to be subjected to their pettiness right before such a serious group routine that mimics exactly what is happening to Brynn at this very moment. How many times do these women need to remind Brynn in front of her peers that her parents’ are embroiled in a bitter dispute? Sheesh. Of course, the group routine is absolutely amazing. 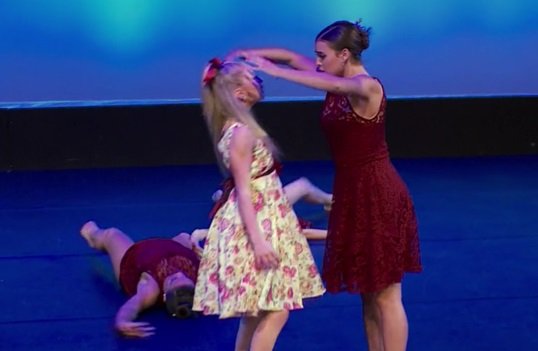 At the awards ceremony, Kendall and Brynn’s duet places second while the minis take the top spot. Kendall dryly states that she wasn’t expecting that. None of us were, Kendall. None of us were. Thankfully, the group routine garners a well deserved win. Post competition, Abby praises Brynn and Kendall’s performance and begrudgingly bestows the solos on the Ianas. She tells them that the judges wrote a lot on their score cards, insinuating that they weren’t paying attention to their duet (or their bickering mothers). If the judges had seen (or heard) either, they never would have won. The moms are still tiptoeing around Abby while worrying about the fate of the team in the wake of her incarceration. She certainly isn’t going to make this easy on them!

TELL US – WHAT DID YOU THINK ABOUT LAST NIGHT’S PREMIERE OF DANCE MOMS? WHICH MINI MOM IS MORE ANNOYING? IS ABBY REALLY LOSING HER MIND?