As Michael perfectly summarized this week on Survivor: Ghost Island, this season was supposed to be about “Reversing curses, not creating new ones.” Well, “Hold my beer,” says the Malolo Tribe. Now six Tribal Councils deep into Season 36, the Malolo Tribe – whose members have been shuffled up over the weeks – has now gone to five of them. That’s not going to bode well for those that have to continue to endure voting someone out, because as good as you might think you are strategically or physically, you’re not going to last too long if you keep setting dates with Jeff Probst every three days.

But before we dive in, as I do at the beginning of every Recap, please heed the following: Remember that this recap assumes that you have already seen this week’s Episode 6 of Survivor: Ghost Island, so if you have not and don’t want to be spoiled, please come back later! It’s important to add too that while we WILL hit on all of the important developments of the episode, this is not a linear “blow-by-blow” recap, and is more of a discussion and reaction of what we just witnessed together. 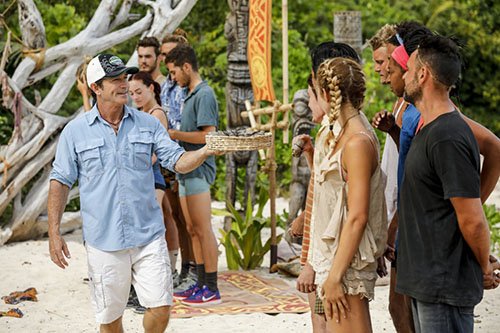 Ah, it’s always music to my ears to hear Jeff Probst utter those magical Survivor words, “drop your buffs.” You can see the pure pleasure that he experiences every time he gets to say his second-best Survivor catch phrase (I’m putting “The Tribe Has Spoken” as his number one). It’s hard to believe (for me at least), but we are already nearing the half-way point of this season, so I think it’s safe to say that other than being one of the coolest sounding season titles, “Ghost Island” the theme is a huge bust. We didn’t even get to go to Ghost Island this week, so the entire first half of the season has only yielded the “Legacy Advantage,” an advantage that I have notoriously called one of the lamest in the show’s history (I stand by that) and one that was unleashed during the show’s very first hour. Six episodes later, and Ghost Island is dangerously close to being thrown in the bad-idea bin where the Medallion of Power has quietly been sitting for several years. 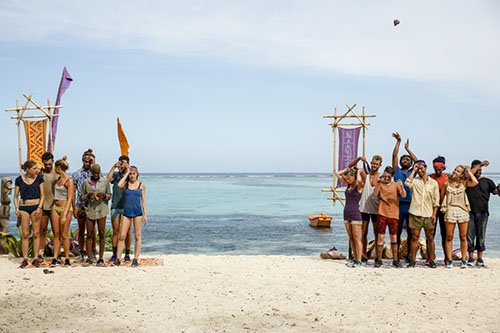 But if we aren’t getting actual, physical results from Ghost Island, the theme has at least penetrated the game in…um…spirit. The players are all being made aware of the past mistakes made by players like James Clement and Erik Reichenbach, but as Michael stated, “reversing the curse” isn’t as easy it may sound, especially when this group is hard at work trying to establish new curses.  Five out of six Tribal Councils for those wearing the orange buffs? Yikes. And did you see that massive lead they blew during this week’s blindfolded Immunity Challenge? If Malolo didn’t have bad luck, they’d have no luck at all. 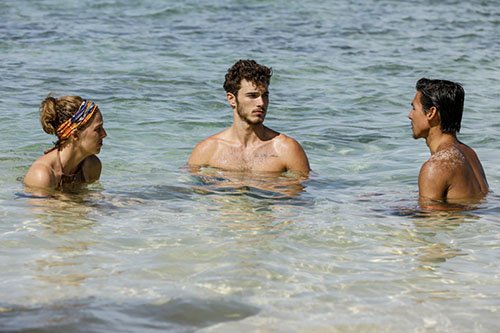 It’s a small miracle then, to think that Michael is still in the game as we near the merge. He’s been sitting at all five Tribals, the young, triple-threat who is physical, strategic and social, not to mention charismatic and yes, dangerous. Why the majority would target the likes of James instead of Michael is beyond me, especially if you consider that Kellyn should know darn well at this point how much of a threat Michael may be. I say “Kellyn” and not “Kellyn and Desi” because it appears that Kellyn is definitely leading things, while Desi seems to be more of a follower at this point. Angela seems to be one of those players destined to go far in the game with no chance of actually winning, because other than Chris, everyone else seems to treat her purely as a number, without any real personal connection to her. Did Angela make the right call in not turning on her alliance to try to vote out Desi? I think so, because at this point Angela needs to hold on to whatever semblance of an alliance that she can, and alienating herself from her original tribe would only seal her fate even more.

I’m burying the lead here, but the big twist of the evening was that we went from two tribes to three…and as bad luck (or the curse?) would have it, the original Malolo was split up in a way where they occupied the minority 2-3 alliance in all three new tribes. In that respect, voting out James – an original Malolo – was yet another predictable torch-snuffing, although again I’m not exactly sure why Kellyn would target James over Michael. 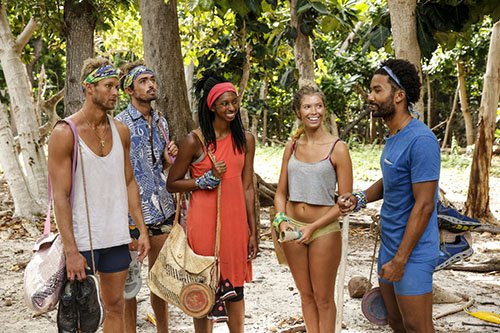 Elsewhere, we had the seeds planted for what could be some future battles that we’ll see in the coming weeks.  Dom and Chris – who have been at each other’s throats since Day One – got split up which was a huge relief for Dom. But it didn’t take him long to set his sights on a new target: Libby, who he does not trust one bit. What that really means is that Donathan appears likely to make the merge, and once he does, is there anyone who is going to consider him to be a threat for several, several weeks?  Over at the newly created Green Tribe, I’m loving me some Wendell. The dude is calm, cool and collected but also relieved to be distanced a bit from the whole Alpha-male clash between Chris and Dom. His new tribe appears to be the most interesting of the new mix, because even though he’s in the majority along with Chris and Sebastian, you have a lot of other dynamics going on that make me think their next vote may not be as easy as voting along tribe lines. You have the “flirty” relationship between Sebastian and Jenna that we saw a few episodes back, plus the previously unknown bond between Sebastian and Wendell. You then have the idea that Chris continues to rub people the wrong way. Yes if we as an audience has any luck at all, we’ll see the Green Tribe at Tribal Council next week before the possible merge shifts the dynamics once again…time will tell if this season can “reverse” course or if we’ll be cursed with more predictable Tribal Councils in the coming weeks. 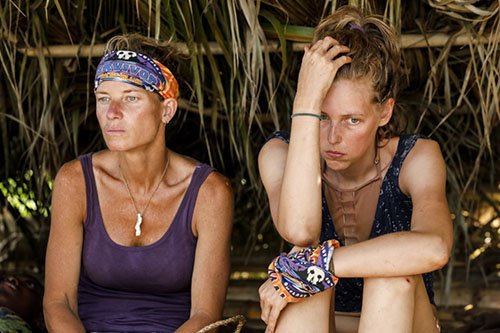 Episode Take-Away: I like that the game presented a new twist with the latest tribe shake-up, as it was definitely coming at a much-needed point. The bad news is that the way the new tribes were split – all of them giving a majority to original Naviti members – was about the worst luck the show could have gotten, as it points to some more predictability in the near-future, which is ultimately what we got tonight. And don’t get me going again on the Ghost Island twist. I also liked the exchange at Tribal Council with the discussion about using one’s Head vs. Heart vs. Guts.

Hope is on the horizon though, as we have to be getting closer to the merge…and the way it may line-up, the merge episode could also be first of two weeks where that “Legacy Advantage” could be played. Let’s sure hope so. But the fact that I’m just a few sentences into the “Take-Away” and I’m already discussing upcoming episodes tells me that this episode itself was just another ho-hum chapter in what is quickly deteriorating into another ho-hum season.

Strategic Move of the Week: None this week.

Voted out this week: James Lim

Next Week’s Episode: More drama to come as cracks appear between Bradley and Dom, while the Malolo hopes to – yes (sigh) – “reverse the curse” by burning their tribe flag. But in any case, it looks like we have not yet reached the merge. I’m sure they’re going to want to show the three tribe dynamic for at least one more episode.

Quick Note! Remember to return right here to Reality Tea for my FilmSurvivor Podcast on Thursday, where you can listen to my full exit interview with James Lim. I also encourage you to check out my weekly movie reviews (like “Ready Player One” this week) as I am also the national film critic for AXS.com and am a movie critic/TV personality in the Detroit area. As always, the easiest way to get all of my Survivor coverage and movie reviews is to follow me on Twitter – @tomsantilli – or on Facebook.

TELL US – WHAT DID YOU THINK OF TONIGHT’S EPISODE? DID KELLYN MAKE THE RIGHT DECISION IN VOTING OUT JAMES INSTEAD OF MICHAEL? AND WHO ARE YOU ROOTING FOR/AGAINST SO FAR THIS SEASON?

Wow. That word is not only my reaction to tonight’s episode of Survivor, but it’s also all that the blindsided…
Recaps 2 months ago