On last night’s episode of Married At First Sight, instead of becoming closer, couples are having have even more issues. Could it be that the pressure is starting to reveal more than what some want to reveal to the camera? I don’t know, but it sure was entertaining!

As the eight-week experiment draws to a close Decision Day looms over everyone’s heads. The four remaining couples have just a few days left to do some final soul-searching, consult with friends and family.  The time is nearing to make a decision if they want to stay married or get a divorce. Let’s get straight into the recap! 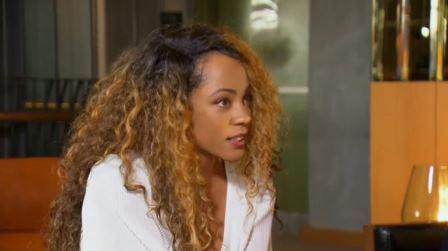 On the last day of the retreat, Taylor Dunklin confides in Meka Jones about her issues with Brandon Reid. Apparently, Michael pulled her to the side and said that Brandon has been having issues with filming while trying to work at the same time. Brandon has asked Taylor to talk when she returns from the retreat. 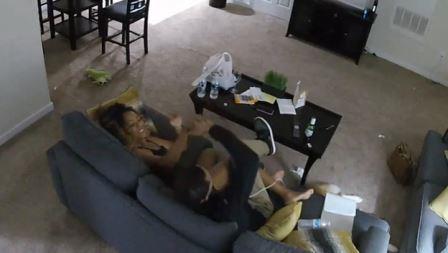 Taylor meets with friends for brunch to discuss the couples retreat. Everyone is shocked to learn, Brandon has demanded an apology from production before he will agree to film again. Taylor doesn’t believe her husband is a bad guy, he just makes bad decisions. Most of her friends don’t have a favorable opinion of Brandon anymore after hearing about all of his antics. In a post interview, Taylor reveals that she and Brandon have been spending time together outside of filming. She is on the fence about her marriage, but is leaning towards staying married. Wow, there are so many twists and turns in this relationship. It’s hard to pinpoint the moment these two decide their issues aren’t fixable. 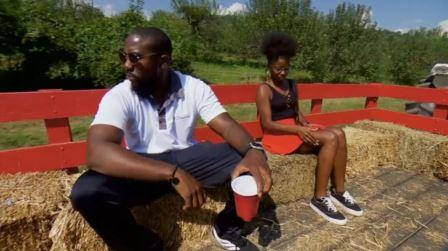 Meka and Michael Watson continue their passive aggressive behavior on the final day of the retreat. Michael has literally been pretending Meka didn’t exist the entire trip. He didn’t even say goodbye to the other couples before just grabbing his bags and walking out the door. Surprisingly, they decide to go apple picking as if weekend wasn’t enough torture. Throughout the activity, Meka attempts to have conversation with her husband, but only receives an icy reception.

Things go from bad to worse when they have a picnic lunch and Michael just offers Meka the food option he doesn’t want without giving her a choice. Of course, never the one to let anything go, she calls out his lack of effort in their relationship. Honestly, I don’t even understand what they are trying to save. Michael is a compulsive liar and lacks the maturity necessary to lead a strong woman. Meka is not a nurturing person and the exact opposite of the type of woman a man like Michael needs. He needs someone who is will be impressed by whatever he has to offer. He clearly can’t handle anyone who can stand on their own, which is why he lies constantly. Just break up already!

Still infuriated by the lackluster apple picking, Meka tells Michael how she really feels for the millionth time. She shares that she doesn’t feel like he cares about the marriage or makes any attempt to try. In fact, she tells him it’s his turn to try to carry their relationship. Good luck, girl. This guy is incapable of doing anything that doesn’t involve creating falsehoods. He can’t even manage his own career. Does she really think he is capable of leading her and a relationship? Chile, please!

Michael and Meka have a serious conversation about the weekend and their relationship. He confesses he was disappointed with Meka’s response to his uncle’s death. Meka wants him to not only focus on his family matters, but his responsibility to their marriage. Insert eye roll emoji. This couple or whatever you want to call them is doomed. Meka literally has zero compassion. She literally doubts everything her husband says, but I don’t blame her at this point. This is the reason their relationship will never work, there is no trust. Meka does apologize and admit that she could have been more understanding towards her husband. SMH….

Michael meets with his sister to catch her up on his life. She immediately reveals her conversation with Meka and inquires about why Meka feels he is dishonest. Michael admits he hasn’t been always truthful because he didn’t feel comfortable in many situations. Huh? Isn’t that the very definition of a liar? Trust me; his sister knows her brother lies all the time. The sister gives him sage advice and tells him, he is enough. I’m sorry, but Michael needs a therapist not a wife. Meka meets with her mother to discuss her marital issues. She doesn’t want to get a divorce, but is unsure of how to make her relationship work.

Meka discovers at dinner that Michael just quit his job out of the blue. She is concerned that is the past 2 months that he has had 3 jobs. Whew, the red flags are just blowing violently in the wind! Meka is also upset that the only reason she found out this information is because she asked why he was home more frequently. Honestly, I think he got fired. Can someone who has worked with Michael in the past please come forward? I need to know what is really going on with these jobs.  Towards the end of dinner, Michael apologizes and Meka starts too feel better about their path forward. They even seem to get along for the entirety of the meal. Personally, It would be too little, too late. Meka unless you want to take care of this fool for the rest of your life, walk away. 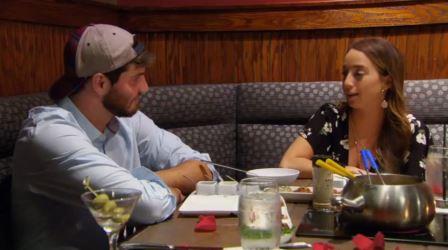 Derek Sherman and Katie Conrad share a romantic date at a vineyard. Out of nowhere, insecure Katie rears her ugly little head. Derek makes it clear he wants to be married only to be met with indecision by his wife. It’s almost as if she gets a kick out of bringing him down for no reason. I don’t understand why he keeps trying with a person who is so negative, all of the time. Even when Derek attempts to make a hopeful promise about their relationship, she shuts him down.

Derek meets with his dad and sister and shares that he wants to make his marriage with Katie work. He does admit Katie’s abrasive nature and apprehension about his dreams worry him.  Katie meets with her parents to get their advice. Her father advises her not to scare Derek away. Katie on the other hand, only wants to focus on the negative things about Derek. Honestly, I think she hates that he is more likable than her. It’s obvious her father knows his daughter has poor judgment in life and relationships.

Derek takes Katie to dinner to give another chance at winning over his wife. He admits that it is hard to be around her, when she is stressed out. Ummm… isn’t that all the time? She reveals that she wants him to stand up to her, when she is going too far. While he continues to communicate his hope that things will work out, she drives home the point that they may not. Derek, you deserve better than this mildly attractive insecure woman. I just don’t understand, why she thinks she is better than him. 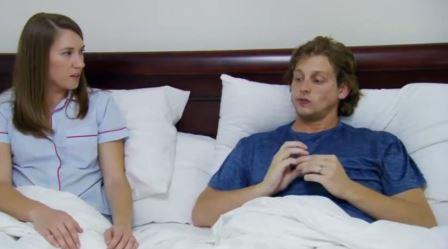 Austin Hurd meets with his friend, Paul to discuss decision day. He admits that he and Jessica Studer have had some disagreements about his work schedule. He also reveals that he does feel love for his wife, but is cautious of using that word to early due to past pain. Jessica confides in her twin sister about her fears about her marriage. She still is upset about Austin’s frequency of travel for work. She also is concerned about why Austin hasn’t told her he loves her.

While at dinner, Jessica hints that she is waiting for Austin to say I love you. He wants the moment to feel organic and doesn’t to be pressured. Things get tense when she brings up her issue with him traveling for work, yet again. This is the first time that we have gotten a glimpse of an argument on camera. It’s clear that Austin is becoming a little tired of Jessica constantly nagging him about the same things.

After a disastrous dinner, Austin begins to shut down because he doesn’t believe Jessica is supportive of his job. When he tries to express his frustration, she claims he is belittling her feelings. Austin is finally starting to stand his ground, which is clearly aggravating his wife. Jessica, you can’t always control everything, especially life or another person. She already has this man going to sleep early and at her beck and call. Austin has made great strides to completely change his habits to please his wife. I’m worried that he has assimilated so much to her lifestyle; she will always expect him to just fall in line.

TELL US – DO YOU THINK THERE IS HOPE FOR MEKA AND MICHAEL? DO YOU THINK MICHAEL QUIT OR IS HE LYING ABOUT BEING FIRED? SHOULD TAYLOR ACCEPT BRANDON REFUSING TO FILM WITH HER BUT SEEING HER OUTSIDE OF THE CAMERAS? DO YOU THINK JESSICA IS BECOMING A NAG? SHOULD DEREK STOP TRYING TO MAKE HIS MARRIAGE WITH KATIE WORK?