Last night’s episode of 90 Day Fiancé left me wondering if anyone discussed what their lives would look like in the U.S., before they decided to move. Either they went into things with rose colored glasses or someone lied to them. This week several of the foreign fiancés met their in-laws-to-be and got a taste of what it would be like to be fully incorporated into the family. For some, it may not be the welcome they were expecting.

Kobe and Emily argue over her breastfeeding habits in front of her parents. Bilal introduces Shaeeda to his kids. Thais lies to her dad and travels to America. Kara‘s family grills Guillermo. Mohamed meets Yvette‘s son. Let’s get straight to the recap. 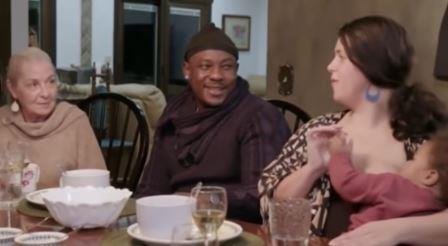 Now that Emily and Kobe are in one place, their cultural and personal beliefs are beginning to clash. When he brings up his concerns about her pumping in public and still breastfeeding he is quickly dismissed. Emily’s dad immediately intervenes into their conversation and takes her side.  They are going to have to learn to navigate through their differences without the parents getting involved if they want a healthy relationship.

Kobe is really starting to see a more controlling side of his fiancée, Emily. After a disagreement earlier, she demands that he go in the kitchen and help her mother prepare dinner. He doesn’t appreciate her tone and the manner she is speaking to him, but helps nonetheless. I find it funny that the dinner was in Kobe’s honor, but she was giving directives with the help of her family. Even at dinner when he is telling the story of him proposing, she yells out the ring is fake. SMH… Honestly, I am not feeling Emily right now. Kobe seems to be a genuine person who wants a relationship with his son. I don’t feel like the family is truly giving him a fair chance, right now. The man just moved from another country to a small town where no one looks like him. He is joining a family that is already established and already has their way of doing things.

Later that night, Emily strikes yet again. She kicks Kobe out of the bed with her and their son, when he begins bonding with him. Instead of seeing it as a positive, she continues to say he is distracting them from their bedtime routine. If she intends for them to build a life together, one would think now is the time for them to establish a new one together. Naturally, he feels hurt and left out.  I don’t know if she is just controlling or is jealous of him wanting a relationship with his son. 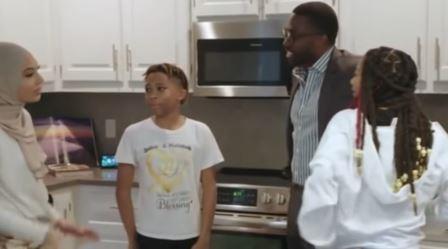 Shaeeda meets Bilal’s children and things get a bit awkward.  She requests that they call her Umi, which means mother in another language. Naturally, at their age they don’t feel comfortable calling another woman that word. At least he picks up on his kid’s discomfort and reassures them that they don’t have to use that term. Honestly, she is getting more caught up in a word than actually forming the bond that would make her a mother figure in their eyes. Later, she calls her older sister to vent about Bilal avoiding the conversation about having more children. According to her, when they previously had this conversation, he was open to the idea and now that she has arrived it’s a different story. 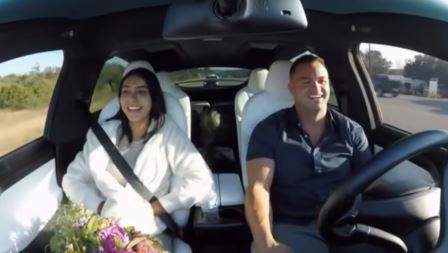 In preparation for Thais’ arrival in two days, Patrick buys her a dog as a companion. Sigh! If he thinks a dog will serve as a distraction from her jealous ways, he is in for a rude awakening. Meanwhile, she visits with her family before leaving to start her journey in America. The only issue is she hasn’t told her father that she plans to get married and start a new life there. When she arrives at the airport they have an emotional reunion. I can’t wait to see how this living situation is going to work. It is obvious that Thais does not want to deal with his brother. 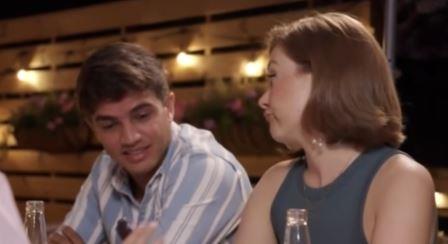 Guillermo finally meets Kara’s family for the first time. Although everyone was very nice and welcoming, it seems like she was going out of her way to try to make him afraid of her uncle. For now, I think he passed the test because everyone seemed to like him. But Kara’s mother worries about how they will support themselves in the future, if Guillermo can’t work. 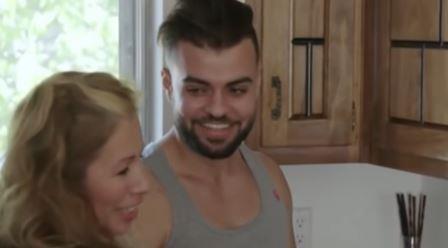 Mohamed is left frustrated and disappointed on his first day in America. His second mommy/fiancé had the nerve to expect him to cook his own breakfast and fend for himself while she was at work. SMH…  I don’t think Yvette fully understood what she was signing up for when she brought her man to the U.S. Despite her being the sole provider, he clearly has some very specific expectations of his wife-to-be. Later, Mohamed meets Yvette’s son who absolutely adores him. But when she wants him to help her with her son in the afternoons, he agrees but admits in a post interview he isn’t prepared to take on so many “female” duties. Whew! Did either of these people discuss their expectations with one another before this move? It seems like no one is on the same page. 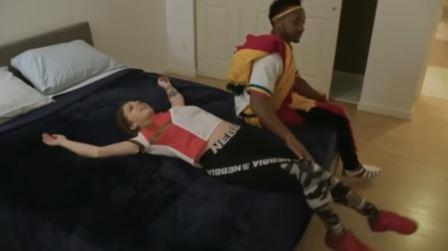 Biniyam and Ariela have arrived in the U.S. and she is ecstatic to be home. Her parents have rented a 2 bedroom apartment for them, until they get on their feet. Instead of being grateful, when Ariela finds out they will be expected to get a job to pay for their home, she isn’t happy. She even questions why they would get an expensive, large apartment that would put stress on them immediately. Insert side eye emoji. I guess Ariela’s bratty ways weren’t just reserved for Ethiopia.

TELL US: WHICH COUPLE IS MOST LIKELY TO STAY TOGETHER? DO YOU THINK EMILY IS BEING TOO CONTROLLING?

Real Housewives of Orange County Season 17 has to be coming to a TV near all of us sometime soon.…
Reality News 2 days ago