90 Day Fiancé Recap: If I Have To Turn This Car Around

Last night’s episode of 90 Day Fiancé left me wondering what the hell these people talk about prior to agreeing to marry and move to another country.  Time and time again we have witnessed people give up everything, only to discover they may not be compatible with their partner. Maybe I am crazy, but I probably would ask about living conditions, children, expectations and finances before getting into a serious relationship with someone. Especially if it would require me to make major sacrifices, just to be together. Several of these couples are starting to take their rose colored glasses off and see some of the weeds that are already growing.

Bilal doesn’t like Shaeeda‘s playful side. The pressure is already getting to Jibri. Guillermo wants Kara to slow down on partying. Biniyam envisions a future in New York.  Thais has no patience for John. Let’s get straight to the recap. 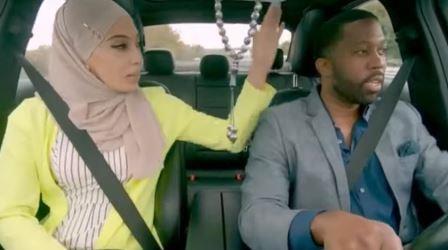 Bilal takes Shaeeda to meet the other important people in his life, his ex-wife and religious community. Naturally she is nervous to meet the woman who could possibly throw a monkey wrench in her marriage plans, if she doesn’t approve. Things get tense when Shaeeda playfully hits Bilal multiple times while he is driving. Although, she doesn’t see it as a big deal, he deems the action to be aggressive. Sigh! On one hand, she isn’t hitting him hard, but he has the right to request that she not play with him in that manner.  She is shocked when questions whether she is a violent person. As if things aren’t bad enough, they head over to his place of worship with his children right after their argument. Talk about awkward! I wouldn’t have been in the right frame of mind to meet several new people after that. At least meeting his ex-wife was quick and painless.

Later that evening, Bilal confronts Shaeeda about their encounter earlier. She tries to explain she was just being playful and that is how she interacts with her brothers. He is not trying to hear any of her excuses. I don’t know about these two. They both seem to have some issues that are going to require them to get to know each other better. He has some control issues, while she comes off a little shallow and aggressive at times. It’s going to be interesting to see if they can manage to get on the same page. 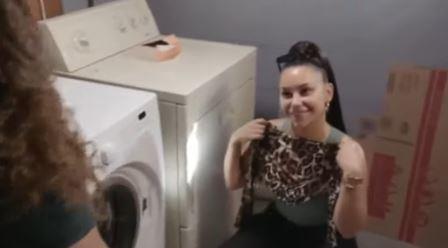 Jibri’s mother attempts to connect with Miona, while he is away. After a short conversation about how Miona has been adjusting, she shows her how to do laundry. Things get weird when she starts taking notice of some of the clothes she is loading and brings up her provocative attire. I found the way this topic was approached to be very inappropriate. If his mother wanted her to dress more modestly in front of her husband, maybe she should have said this from the beginning. It comes off a lot more judgmental and weird for her to say this while looking through her dirty clothes under the guise of teaching her how to use the washing machine.

Jibri confronts his mother about comments she made to Miona about the way she dresses. His mother is confused because Miona never expressed any discomfort while they were talking. Jibri starts to question whether it’s Miona or his mother that is adding additional pressure to the situation. Honestly, he is in the middle of the two women he loves. But, unfortunately for him, he can’t live in his mother’s home and make the rules. His mother claims that she just wants to make sure he isn’t making a big mistake. They have no choice but to leave his parent’s house or to just adjust to a meddling mother. 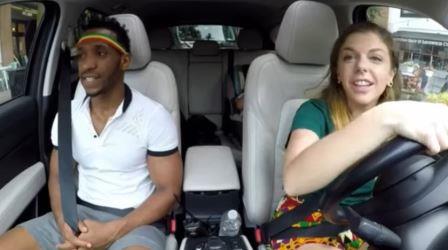 Biniyam and Ariela are adjusting to life in America. When she shows him around the city, he is amazed by how expensive everything looks. Naturally, he is confused why she wanted to move somewhere that would be a stress to them financially. Despite his many talents, Ariela worries that none of them will garner the amount of money they will need to afford their current expenses. She is beginning to feel the pressure of having to find a job that will be able to support their family.

Ariela takes Biniyam on a tour of New York. He can barely contain his excitement seeing all of the new and exciting sights. Biniyam is so taken with the city, he suggests they move there. She has to remind him that they don’t have job and can’t afford where they are living currently. She is so upset, she is no longer sure they should get married. Sigh! Instead of Ariela doing tours, she may want to open up the want ads and begin looking for a job. I understand she is under a lot of pressure, but it is not fair to just assume her parents will foot the bill either. Even if she doesn’t find a high paying position immediately, something is surely better than nothing until they both can work. 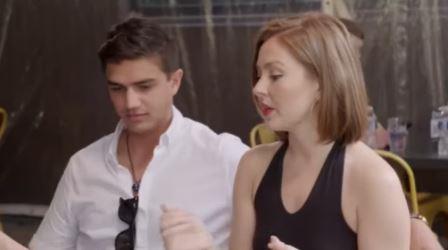 Kara takes Guillermo to be grilled by some of her friends at a bar. This is ironic given he reveals he doesn’t like how much Kara drinks when she goes out. Right out of the gate, there are some hard hitting questions being asked that couldn’t possibly end well. Honestly, this was way too much. Who wants to meet a person for the first time, for them to play therapist? If I were him at some point I would have had to redirect that conversation. 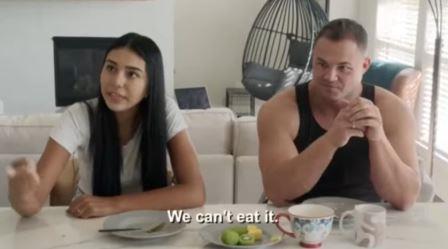 Patrick and Thais can’t wait to make up for lost time when she arrives at his home. She still isn’t totally comfortable sharing a home with her fiancé’s brother, John. On her first morning, breakfast gets tense when she comments on John drinking beer so early. Things continue to get worse when they argue about the food being cooked. Sigh! Patrick is going to have a hard time being a referee with these two. Clearly he doesn’t like confrontation because last time I checked it was his house.  One would think he should be able to exercise a little more control, if he chose to do so.

Patrick takes Thais and his brother out for a fun night of mini golfing. I have no idea why they brought a third wheel along, but something tells me this isn’t going to end well. When Thais steps away, Patrick asks his brother to lighten up so it doesn’t become a situation where he asked to choose between them. In post interviews, they both get emotional thinking about all they have been through together. I really don’t know how they are going to be able to work this situation out. Both Patrick’s brother and Thais both have strong personalities and I don’t see either of them bowing down to the other. 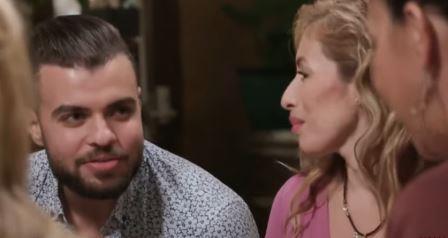 Yvette is shocked when Mohamed takes issue with her speaking with the repairman who is installing the bidet for him. In his culture, a woman should not be alone with a stranger. She can’t believe that he expects her to know all of these rules, when she isn’t Muslim and they are in the U.S. This is yet another example of a couple not truly getting to know one another, before moving in together. What exactly did they talk about prior to his arrival? I felt uncomfortable just watching the argument on screen, I know that repairman had to be working overtime to finish and leave.

TELL US: DO YOU THINK SHAEEDA OR BILAL WAS IN THE WRONG? SHOULD YVETTE MAKE MORE OF AN EFFORT TO UNDERSTAND MOHAMMED’S CULTURE OR SHOULD HE ADJUST? WAS JIBRI’S MOTHER WRONG OR SHOULD MIONA RESPECT HER RULES?