Whew! Things are starting to heat up on 90 Day Fiance. The couples are finally realizing that they actions have consequences. Not everyone in their lives is happy to see the choices they are making. It’s weird for people who are going against the wishes of their families, they seem very dependent on them. I don’t think there is anything wrong with following your dreams and heart, but you have to know there is always risk involved. Many of these couples haven’t considered anything beyond the fact they want to be married.

Shaeeda turns the tables on Bilal and his prenup. Thais finally tells her dad the truth. Jibri clashes with his parents when they push him about his plans. Kara vents to friends about Guillermo‘s doubts. Ariela and Biniyam make a momentous decision. Let’s get straight to the recap. 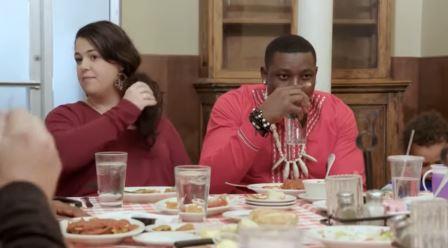 Kobe and Emily are still hiding the fact that she is pregnant from her family. Although she feels guilty, she is adamant that they don’t reveal the big news to anyone before the wedding.  Now that the wedding is closer, one of Kobe’s groomsmen, Temperature is in town from Ohio. When he and Kobe meet, his friend warns him American culture is different from the one in Africa. Kobe worries not only about his fiancé’s attitude, but the fact that they have another child on the way with no plan. Temperature encourages him to take the reins and not allow Emily to make all of the decisions.

Kobe’s best friend, Temperature joins him and Emily and her family for lunch. When Temperature witnesses Emily’s interaction with Kobe, he is shocked by how controlling she is. He even mentions that Kobe is from a royal family. Huh? Temperature reminds Emily that as a man, Kobe should have the final say. Her family literally laughs in his face at the thought that she would allow that. Honestly, I don’t think it has anything to do with their cultures. Emily does come off as controlling and disrespectful a lot of the time. Although I don’t agree with everything Temperature said, I think he was trying to get Emily to realize she needs to allow her husband to feel like a man and not her child. 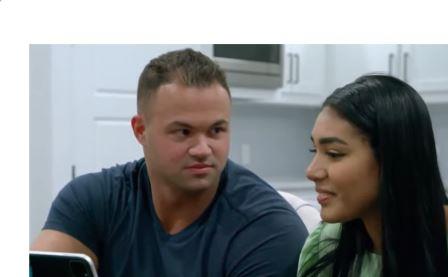 Thais finally tells her father the truth about why she has traveled to the U.S. Needless to say, he is not happy to hear the news. Once Patrick leaves them to talk alone, she explains that she withheld this information from him because she wasn’t sure if she wanted to get married. Yikes! Meanwhile, Patrick is hiding in the garage venting to John. He is sad that now her father will always believe it was him who wanted to deceive him. Thais’ dad asks her to prevent any heartbreak in the future by returning home to Brazil.

After the conversation with her father, Thais is visibly upset. She is now confused about whether she made the right decision. She also admits that her dad doesn’t want her to get married to Patrick. He is shocked because he believed that her father liked him. Come on Patrick, why do you think she was hiding the wedding? She knew he would not approve. Thais is now wondering whether she should return to her old life in Brazil. 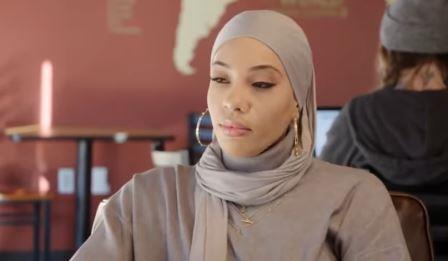 Shaeeda has spoken to her lawyer about Bilal’s prenuptial agreement and he has warned her that it is one sided. She asks him to go to lunch to talk without the children. She makes it clear that if she signs an agreement, it will be with conditions that would benefit her as well. Bilal says he will consider her changes, but he doesn’t seem too keen to do so. I guess we will have to wait and see what happens. 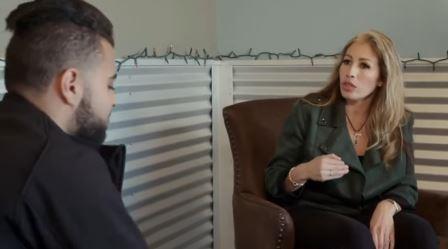 Yvette and Mohamed reconcile after their huge fight about the wedding. When she talks to one of her friends about it, she is shocked about his threats to get another sponsor. Of course, Yvette defends her man and encourages her friend to give him another chance. Later, when she asks Mohamed to hang out with her friends again he quickly declines. But in the end, Yvette gets her way and she gets him to agree to have a fire ceremony to release negative energy with her friends. Once the ceremony is underway, Mohamed looks like a scared deer in headlights. He declines to participate because he believes it goes against his religious beliefs. When one of her friends asks him does he like them, he tells her no. Sigh! Well at least he is honest. Honestly, I still have no idea why these people are still planning to get married. 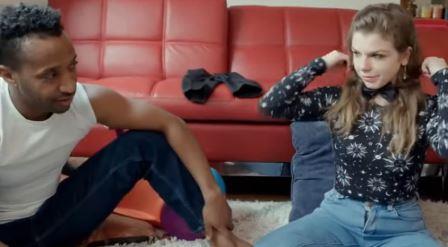 The closer they get to the wedding, neither Ariela or Biniyam are sure that it will actually happen. The only thing that seems to be holding them together is their son. Sadly, these two aren’t on the same page about the future and only can agree about wanting their son to have both parents. Biniyam, still traumatized by losing his first son, will endure anything just to have a place in his child’s life. Hopefully they will be able to get on the same page at some point. 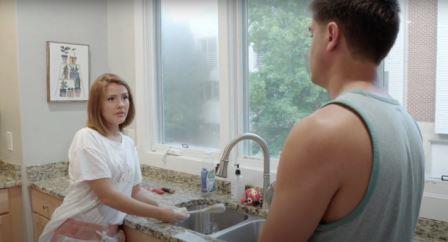 Guillermo calls his mother to get some advice about his relationship with Kara. She agrees with his hair stylist that their problems should be addressed, before the wedding. But Kara took his questions as him having doubts about them getting married. His mother reminds him that no relationship is without issues and he should focus on what brought them together. Later, Kara has friends over the house for her bachelorette party. She vents about their problems and how she isn’t changing while Guillermo is locked away upstairs. Sigh! I don’t think Guillermo realizes what he is signing himself up for. 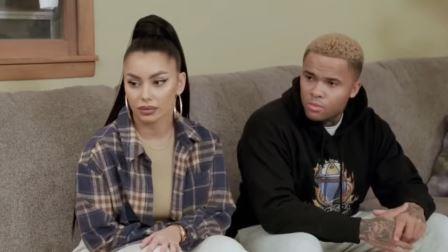 Jibri and Miona got their walking papers from his family. Apparently, they only gave them until the end of the year to move out, which is only a month away. The 90 days is almost over and they still have no plans on when and where they will get married or where they will live. Jibri is shocked that his parents aren’t willing to help them more. But in his parents eyes, he is a 28 year old who is about to have a wife and needs to have boundaries. I can see his parents point. You don’t get to be an adult and a child at the same time. He is old enough to take responsibility for his life and the woman he intends to marry. Plus Miona doesn’t want to live with his parents anyway.

TELL US: DO YOU THINK JIBRI OR HIS PARENTS ARE RIGHT? SHOULD THAIS RETURN TO BRAZIL? IS EMILY CONTROLLING OR JUST INDEPENDENT?