Last night’s episode of 90 Day Fiance was entertaining to say the least. For a group with so many issues, they seemed to have a lot to say about everyone else. It was like the battle of who is worse off. I was surprised some participants were so confrontational. But I have to admit I enjoyed every moment of it. This episode was so messy.  I can’t wait for Part 2 because it looks like things are just getting started.

The cast of 90 Day Fiance Season 9 comes together to relive their biggest moments and hash out unresolved dramas. This includes a surprise first for 90 Day. Jibri spent more time being confrontational with everyone else than he did on resolving his own family issues.  Shaeeda throws shade when Bilal’s ex joins the conversation. Let’s get straight to the recap. 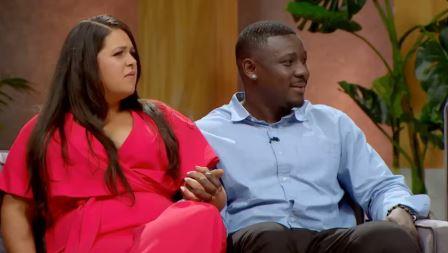 Emily and Kobe now have two children. Their second child is a beautiful baby girl. Emily is now a stay at home mother while Kobe works outside the home. There isn’t much revealed in this episode, but I’m sure a deeper dive into these two are coming. Throughout the season they had some serious issues. It was evident to anyone who can read I don’t care much for Emily. So I am looking forward to learning more about their post season life with two children. 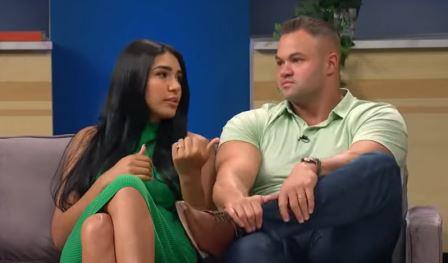 Since the show ended, Patrick and Thais are no longer living in Dallas. They moved shortly to Las Vegas shortly afterward. In addition, Thais is 16 weeks pregnant with her first child. They were both shocked because Patrick thought he wasn’t able to have kids due to his past steroid use. She took multiple tests and got confirmation from the doctor before revealing the big news.

Thais still has issues with jealousy. She has trust issues because Patrick cheated on her while she was in Brazil. Apparently, he lied and said he was training another woman, but actually had a sexual relationship with her.  He claims it was very early on and he didn’t consider them in an exclusive relationship yet. Thais found out this information on the day they got engaged.  According to Patrick, he can’t even check his direct messages on social media unless she is sitting next to him. Later, Patrick’s brother John joins the cast to shake things up. He ends up having words with messy meddler Jibri almost immediately. 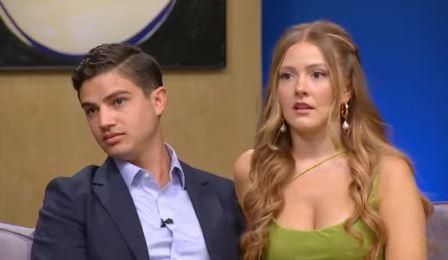 Guillermo and Kara surprise everyone revealing that she is 16 weeks pregnant with their first child. Despite her current state, she is put on the hot seat for her controlling nature with Guillermo. She is doubles down by saying he acts like a child at times. While challenging Kara, Patrick gets triggered and says her behavior is representative of American women. What the hell? Did he really just say all American women are controlling? Guillermo admits that he doesn’t feel like Kara reciprocates the respect he gives her.

For the some reason, the producers decide to be messy and bring out Kara’s high school boyfriend. Are they serious? Why even give this clown a platform? Clearly he is seeking clout getting on TV insulting Guillermo. Jibri is so annoyed by the whole situation he tells Kara she upgraded from her ex and calls him Ozzy Osborne. I have to admit that was funny. There was no point in bringing that guy to the reunion. Luckily, that ended as quickly as it started. 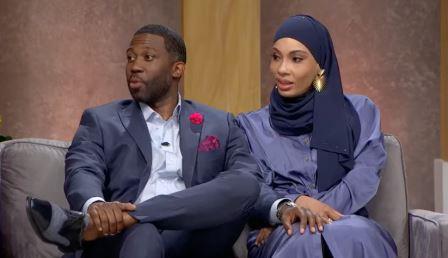 The topic of the prank Bilal played on Shaeeda about his house is revisited. Shaeeda explains she was hurt because when he would visit her she would treat him like royalty, she was shocked that she arrived to a van and worn down house. Many of the cast members felt that he overreacted to her playfully hitting him in the car. Some of the cast, like many of the viewer’s feel he was always putting her in a position to be tested or her motives to be questioned. Patrick even accuses of Bilal of using sales tactics to manipulate people.

Bilal’s ex-wife joins the cast to set the record straight on several topics. She admits she wanted a divorce because she felt like he acted like more of a father than a partner.  Although Shaeeda admits she sees some of the same patterns in her current relationship, there is still some obvious tension. When she is questioned on why she won’t even look at Bilal’s ex, she explains she has felt hurt and disrespected by her. 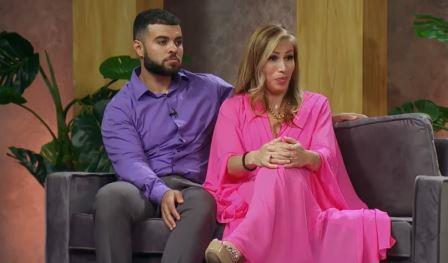 Yvette claims that since she and Mohamed have been married he has loosened up a bit on his traditional expectations of her. He no longer judges her on her clothing choices. He credits his new mindset to understanding American culture more. But as they continue to talk, the cracks begin to show very quickly. It’s clear they still have a long way to go on working on their relationship.  Mohammed admits that his family still gets upset about some of the pictures she posts on social media.  It looks like things heat up on Part 2, when a special guest arrives to give more insight. 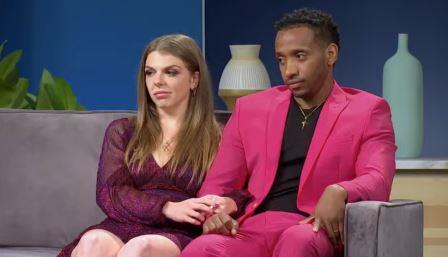 Ariela and Biniyam are now married, but they still have some of the same issues. The only difference now is that he has a green card which will allow him more freedom. Many of the cast members call Ariela out on her jealousy. She readily admits that she has that issue, but wants her husband to communicate more. I was shocked at how Jibri was so aggressive towards Ariela and Biniyam. He not only argued with her at every chance, he told them their marriage wouldn’t last. Sigh! Sadly, Biniyam is so non-confrontational that he just sat there as another man verbally attacked them. Despite him not being one for words, I think Biniyam would make Jibri opening his mouth in a fight.

TELL US: DO YOU THINK JIBRI SHOULD BE MORE CONCERNED WITH HIS OWN PROBLEMS? WERE YOU SURPRISED BY ANY OF THE UPDATES? WHAT WAS YOUR FAVORITE MOMENT IN THE PART 1 TELL ALL?