On last night’s 90 Day Fiance, people tried to act normal in front of their fiances’ families. Alas, they did not accomplish this goal. Whether it was Anfisa halfheartedly trying to persuade Jorge‘s sister that she is truly in this relationship for “love” (HA!) or the hapless Nicole hanging all over Azan while she broke bread with his family, these TLC fiances are officially A MESS.

It’s interesting that the families of the engaged couples seem to understand this point in under a minute flat, yet the fiances themselves march onward in their happy delusions like zombies march toward the smell of fresh brains. Speaking of brains, Nicole needs to snatch one up right quick before Azan calls the Moroccan police on her himself – which he looked a millisecond away from doing after she brought up some “mistakes from her past.” . 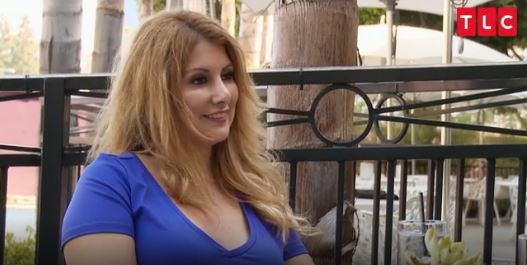 Anfisa is poised to meet Jorge’s sister, who is already skeptical of this broad’s intentions. With 88 days to wed, Anfisa’s clock is ticking. Girlfriend has less than 3 months to lock her sugar daddy down – that is, if he is actually the sugar daddy she thinks he is. (My suspicions are that Jorge’s “big secret” may have to do with him padding his fictional bank account, but we’ll see.)

Jorge’s sister meets up with the couple for lunch. Not wasting any time, she launches right into her questions. Why is Anfisa here? Based on her Facebook photos, she’s a wannabe model , right? Does she think Jorge is her ticket to the good life? Does she actually dream of becoming some sort of star here? (Because her jacked up self does not qualify for a Costco flier, in terms of modeling gigs.) In short, Jorge’s sister thinks Anfisa is using her brother. Which, duh. 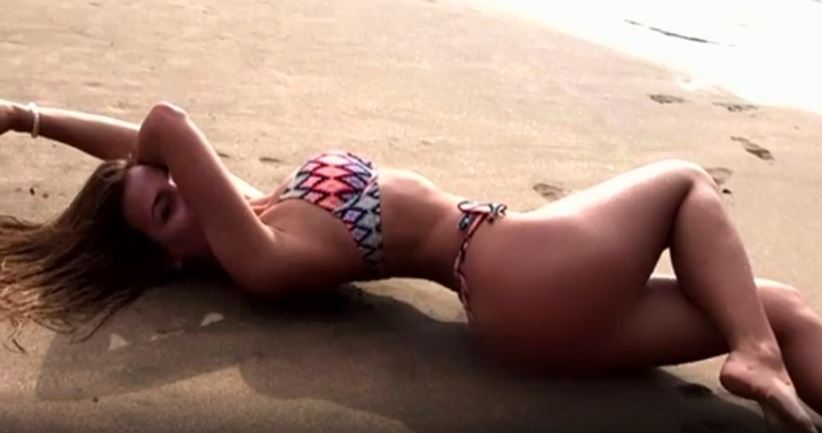 Anfisa monotones “I. Love. Him.” thus proving her super deep feelings. Looking like she just woke up at this cafe a hot minute ago, this girl could not be less interested in convincing anyone of anything. Jorge tries to pick up the slack by swearing his love for Anfisa, but that isn’t enough to convince his sister. Anfisa lazily air kisses the sister goodbye, knowing that her zero f–ks attitude won’t matter in the end. Only Jorge’s pathetic desperation will determine her fate.

In Kentucky, Alla is forced to host Matt’s friends, Patrick and Julie, while Matt is MIA. Patrick snarks right out of the gate that it’s nice to meet one of  “Matt’s next wives,” which Julie apologizes for immediately. Patrick claims Matt needs “protection” because he’s the architect of his own doom. He’s made a lot of mistakes when it comes to choosing women. But how does this Patrick fella propose to protect his friend from making another? And why is this suddenly HIS job?

Matt strolls in to sort of save dinner, but not really. He barely smooths things over with Patrick The Creepy Bestie . But it’s too little, too late. Alla sits mute in disbelief.

They arrive to Azan’s family home, where Nicole is greeted warmly. They sit down to dinner, during which Nicole nuzzles into Azan’s shoulder and asks him to tell his mom that she loves him. For some reason, Azan’s mom is thrilled with Nicole, claiming that she’s loved her ever since she heard about her! So, let’s get this straight. Sight unseen, Nicole was deemed a perfect match for Azan? Mmmkay. Something smells fishy here, and it ain’t dinner.

Chantel and Pedro are still living as a secretly engaged couple. They’re also just getting to know each other, so Pedro is surprised to learn Chantel is a drinker/club girl, while he’s more of a homebody. They share one thing in common though: They do not want to get busted by Chantel’s parents! So they head out of town to party, where Pedro babysits Chantel throughout a drunken night of partying. He also has to watch her dance with other guys, which is he is decidedly not okay with. Chantel doesn’t see an issue with any of this, claiming Pedro falsely advertised himself as a hard partying guy in the Dominican Republic when she visited him. Now he’s changing his tune.

At Jorge’s hotel room later, Anfisa says she feels uncomfortable being grilled about her intentions. Jorge admits that his family has concerns because they wonder what “such a gorgeous woman” is doing with him. Snort! They think she’s a mail order bride who’s using him, which Anfisa doesn’t have a problem with. “Why not?” muses Anfisa. Good for those girls! Of course, she swears that’s not her intention. But she does get why some women might do that. She wants Jorge to convince his family that she’s on the up and up. Because she is obviously not capable of selling that bill of goods to them – or, for that matter, anyone with a pulse and two functioning brain cells.

Meanwhile, Matt and Alla are out to dinner to discuss the nightmare he’s thrust her into. She admits that change is hard, especially when she’s changing everything for Matt, whose family and friends are less than inviting. Matt has a fantastic solution! Why doesn’t she go to Karaoke with Julie? Um…that is a hard no, full stop. Alla just wants to dance! You know, like she did back home. But Matt doesn’t like that idea at all. She might have sex with men there! Whaaaaaaaaat? “Do you want to talk about your past?” prods Alla, knowing that Matt’s jealously stems from his many, many issues – not hers.

Matt’s been married three times, while Alla has just one ex-husband on the roster. Matt also takes NO responsibility in the dissolution of these three marriages, claiming that he’s just been “too trusting” in the past and has been taken advantage of. Freedom is important to Alla, though, who suspects Matt is more controlling than trusting. Word.

Down south, Chantel and Pedro are rehashing the club scene while they get drinks beach side the next day. Well, Chantel is drinking! Pedro is making this a dry vacation now that he sees what Chantel is capable of. He sees her as disrespectful. It’s not just about her drinking; it’s about her losing control. In other words, he needs a lady in the streets and a freak in the bed. Chantel, meanwhile, is totally isolated from her family until she confesses the truth. She thinks it might be time to do just that.

At another beach across the world, Nicole tells Azan he’s sexy in his swim trunks, while she ponders how he’s the first “super attractive guy” she’s ever been with. “You are like my Arabian Prince!” she squeals as Azan stares straight into the ocean . (Does anyone else get the impression that Nicole speaks as if every sentence is a “Dear Diary” entry from seventh grade? Dear Diary, a cute boy asked me out and I’m going to force him to marry me for a green card! BRB – Mom’s calling! Nicole + Azan 4Eva! Squeeeee!)

Nicole says this all feels like a dream to her, but Azan thinks they still have a lot to work out. At lunch, for instance, Nicole suggests wine. “Seriously!?” snaps Azan, who has obviously told Nicole alcohol is forbidden. Nicole then alludes to “stuff that happened” before she got to Morocco that could be an issue for them going forward.

Apparently, Nicole cheated on Azan. HUH? This unfortunate girl just keeps getting more unsavory by the minute. Azan must want that ticket to the U.S. something baaaaaaad in order to deal with her. Plus, a burning question must be asked here: HOW AND WHERE IS NICOLE FINDING THESE DUDES!?!?

Azan claims he’s over the cheating incident, but it was tough to take. And if his family knew the truth, they would never allow him to marry Nicole. It’s already hard enough having chosen a Christian girl, let alone a cheating Christian girl.

Nicole swears she’ll never do it again. She loves Azan! She loves kissing his shoulder! She loves groping him in the market place! She loves banging him illegally in foreign countries! But most of all, she seems to love being seen with an attractive, well mannered guy who must bend to her will because she has the upper hand. And that is, frankly, the most disturbing fact of all.

TELL US: IS AZAN OVER NICOLE’S CHEATING? IS MATT TOO CONTROLLING? ARE CHANTEL AND PEDRO HEADED FOR STORMY WATERS? WILL JORGE’S FAMILY BE ABLE TO SAVE HIM?

Anfisa Nava began her journey to American citizenship the old-fashioned way. By bossing up and flipping the script on a…
Reality News 6 months ago