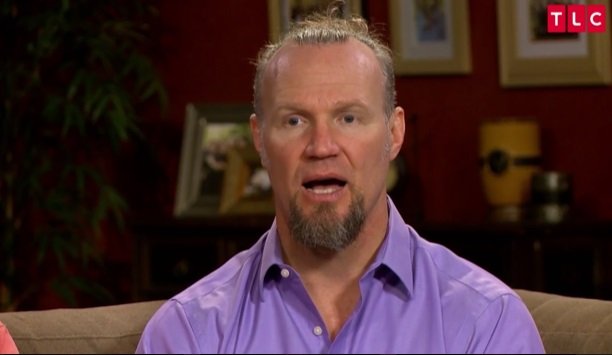 How many weeks of Sister Wives do we have left until Meri Brown can head for the hills? Apparently, not many! The two-part family tell-all starts next week, which means we’ll get to see more of Kody Brown’s ponytail than should be legal. But at least there is an end in sight, even if it means we’ll never get to see the visit from Meri’s co-catfish comrade.

Last night’s episode begins, and the family is excited to welcome baby Axel after Madison’s long labor. Robyn brings King Solomon and her latest child to meet the newborn, and Solomon is unimpressed. Robyn waxes poetic about the random generational divides in polygamist families. Her youngest child is closer in age to Axel than brother Solomon.

Meri calls the adults together to inform them her friend Cheryl will be coming to visit from Atlanta. The woman was catfished by the same lady who affected the Brown family, but I can’t help but wonder if Meri just opens herself up to people who are prime for taking advantage.

The wives are wary but supportive, although Christine jokes that she hopes Meri’s house guest will be a real person. Robyn cackles that Meri and this woman are sister wives with their catfisher. Janelle and Christine join Meri in laughter, but Kody removes himself from the situation. He also doesn’t want to head to marriage counseling any time soon. He has enough nagging wives, he doesn’t need a therapist taking him to task.

The family is enjoying some fun times together with a cook-out because we all know these people need a party. They tease Asypn about her new boyfriend Mitch. He’s known the Browns for almost a decade, and while his parents didn’t practice polygamy, he grew up in the church. He has since left the church, and I think he may be related to someone on Seeking Sister Wife. Tony teases that Christine is much nicer to Mitch than she was to him. You don’t say, Tony? Your eight hour wedding story arc is over. Learn your place. Christine commandeers the backyard to go over Ysabel’s struggle with scoliosis. After her stint in boot camp, Ysabel’s curve decreased by ten degrees which is amazing. 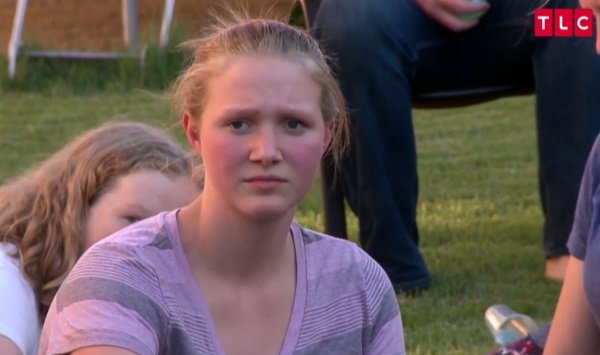 Mariah and Meri are working on their relationship, and Meri is treating her daughter to a long desired trip to Seattle. Mariah’s girlfriend Audrey joins them on the long weekend, and Meri is thrilled to see her daughter so happy. Both mother and daughter are tip toeing around the fact the catfish episode strained their relationship so badly. Meri is nervous about asking Mariah to meet her partner in catfish crime, but she worries it will upset the apple cart as they have worked to fix their issues.

Mariah and Audrey invite Meri to join them at a gay bar that evening, but Meri wonders if she’s allowed to go to gay bars since she’s not gay. Meri also only drinks wine. Do they have wine at bars? The awkwardness is palpable until Meri tries to coax Mariah back to Las Vegas to meet Cheryl. Mariah shuts down that mere mention of the catfishing.  Aubrey sits back uncomfortably as Mariah and Meri don’t discuss the catfishing incident. Mariah argues that she’s over it, but Meri pushes that Mariah is still suppressing her anger. Meri won’t stop nagging, so Mariah counters that she will meet Cheryl if Meri will join her at a gay bar. It’s a deal. The trio heads to a gay bar called Unicorn, and Meri is completely out of her element. She orders a Diet Coke and complains about how old she is. How many daughters drag their mothers to bars? Um, a lot. 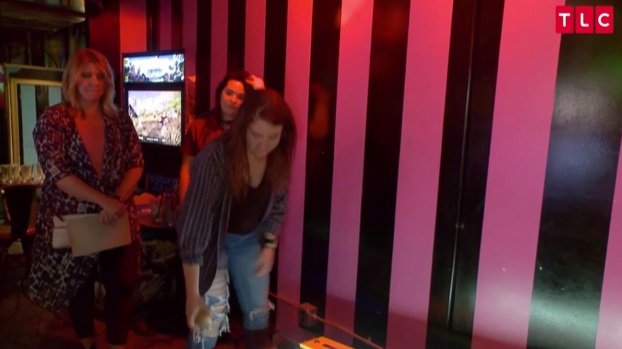 Back in Las Vegas, the four sister wives are visiting the family therapist to deal with Meri’s whining about not being included in Axel’s birth…because she didn’t show up when everyone else did. Meri feels excluded and Janelle is peeved. How is Meri managing to make Madison’s labor and delivery all about herself? Because it’s what Meri does!

In the session, Christine is hopeful that Meri will get closure or peace after the incident. Janelle interjects that the wives constantly invite Meri to participate in their lives, but she never wants to accept their kindness. Meri is very stand-offish. She doesn’t see it that way at all. Janelle refuses to back down in taking Meri to task. It’s not her responsibility to make sure Meri feels like a special snowflake while Madison is giving birth to the family’s first grandchild. Meri is incredibly skilled at playing the victim. You hold your ground, Janelle! Meri claims to be over the situation, but she is worried that Janelle can’t seem to get over the hump.

Robyn fidgets with her My Sister Wives Closet necklace as Meri recounts a text message from Kody that strictly forbade anyone from coming over to see the baby until Madison had time to rest. She admits that she wondered where Meri was but it wasn’t her place to extend the invitation. Meri isn’t upset with Madison because she was giving birth. Robyn feels badly that Meri wasn’t in attendance. Meri doesn’t know her role in the family, but she’s also not willing to forge one for herself. She wants it handed to her on a silver platter which she will place on her wet bar. Christine pushes regular lunch dates among the women which has Janelle rolling her eyes. Meri bursts into tears. She isn’t concerned with her relationship with her sister wives. She is sad about Kody. Robyn is tired of Meri questioning their motives in being kind to her. 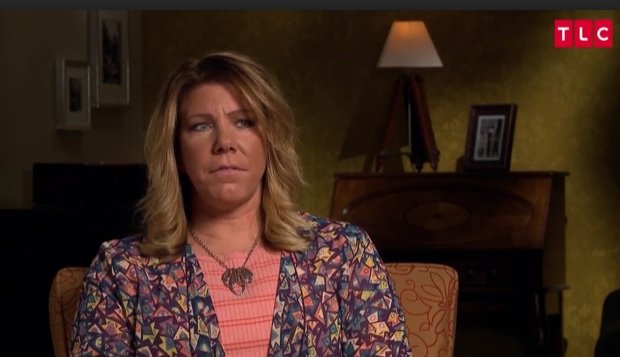 The wives are having their first lunch outing, and Christine takes the lead with the phony conversation. This crowd is terrible at small talk, and Meri boohoos about not having any expectations when it comes to this crowd. She sits stoically as Robyn shares jewelry from her new line. Christine apologizes for not being more involved in the venture. Meri recalls how she used be super involved in the business, but like everything else in her life, she’s no longer included. Robyn remembers a different version where Meri ditched the endeavor to go back to school. After the super awkward lunch, the ladies leave no better than they arrived.

The following day, Christine invites an incredibly defensive Meri over for a frank discussion on Madison’s labor. Christine calmly tells Meri that she comes with a lot of baggage and is always bristling. Meri can’t take any kind of criticism so she immediately responds gruffly. Christine makes some valid points, but Meri accuses Christine of not seeing things from her point of view. Meri puts words in Christine’s mouth. Meri is one eye roll away from having her face stuck in that nasty face. Meri feels that Christine doesn’t trust her. Christine just wants to know how she can make Meri feel more comfortable, but Meri doesn’t care. They go in circles about Meri being guarded while Christine really attempts to extend the olive branch. Meri is toxic. She doesn’t want to remedy the situation. She doesn’t want to fix things. If she did, Meri would have absolutely nothing to complain about, and self-pity is her favorite past time. Poor Christine. She tried. 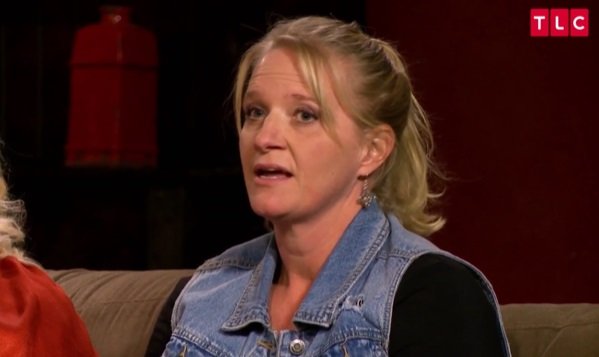 As the two hour Meri show draws to a close, Kody’s despondent first wife has a glimmer in her eye that has been long absent and has yet to be filled with yoga pants and crafting. She tells the producers she’s going to the bed and breakfast with an offer letter to purchase the home. Shhh…it’s a secret! Meri hightails it back to Utah where her offer is accepted by sweet Vicki who is ready to unload the money pit. While Meri recognizes that there is a lot that needs to happen before the house is hers, she is ready for a new chapter–and a spin-off! I kid (I hope).

TELL US – WHAT DID YOU THINK OF LAST NIGHT’S EPISODE? IS MERI RIGHT TO BE SO OFFENDED AND HURT? WAS CHRISTINE TRYING TO DO THE RIGHT THING IN HER CONVERSATION WITH MERI?

Happy New Year and welcome to 2023! I’m back to writing about all my favorite reality shows for you to…
Reality Tea Top Lists 4 weeks ago