In case you haven’t heard, not only is it hard to be famous, but it’s hard to be single. Remember guys, I’m using the term “famous” loosely. Either way, this is basically the long and the short of E!’s Famously Single and the show tries really hard to draw the correlation between being a D list celeb and that standing in the way of finding a healthy relationship.

In group therapy, Dr. Darcy Sterling thinks it’s time to talk about sex. Calum Best doesn’t seem to understand the difference between sex and a relationship and Willis McGahee says he doesn’t go into his relationships thinking he’s going to cheat, it just kind of happens. Aubrey O’Day, the enlightened being that she is, says she doesn’t have casual sex because it doesn’t do anything for her spirit. Brandi Glanville admits that she has a recycling bin of men that she can have sex with but it’s not casual, because she knows them. The group is shocked to learn that Pauly D has never made love, but really wants to and would like some tips. I have lots of tips when it comes to this dysfunctional bunch but I suppose that’s not the point of the recap.

Dr. Darcy ends the session by saying it’s time to for the group to invite some friends over and throw a party. Somaya Reece goes into full Hollywood Madame mode by listing the types of friends she can call to come. She rattles off really, really hot plus size model friends, bikini girls and strippers, like she is reading off a menu. 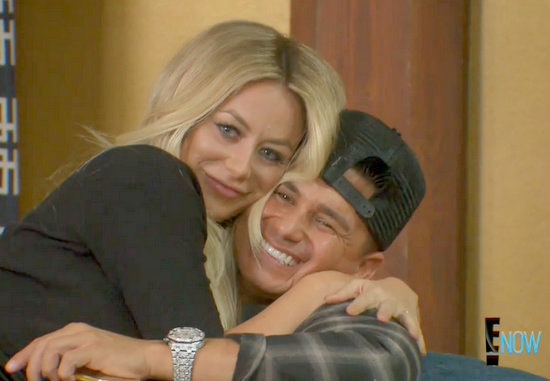 The Singletons break to call their friends and this seems like a really hard task, mainly, because they don’t seem to have any. Aubrey and Pauly D start to flirt more openly and even discuss whether or not they should make out soon. Calum and Brandi are lounging outside and he seems to be into her for all of her elegance and naughtiness (his words). Brandi knows he’s not right for her but admits he’s cute. When it comes to the party guests, Josh Murray would like to see pictures of who is being invited before committing to even interacting with them.

Enough of the small talk, let’s get into some real talk with Katie Maloney, dammit, I mean, Dr. Darcy. I’m sorry I keep calling her Katie Maloney but Dr. Darcy really is one top knot bun away from hosting a Pucker & Pout cocktail party.

Anyway, back to Dr. Darcy’s one on one session with Calum and his life story: dad was a legendary soccer player who loves drinking and women.  They never really connected until his father got a liver transplant and promised Calum that things would change. He took him on holiday (that’s the fancy British way of saying vacation, y’all) in Greece and Calum found his dad drinking again. By the time Calum is twenty-four, his dad was in organ failure and had to be taken off life support. It sets Calum on a path of destruction as he goes on drinking binges and being a lady’s man while his work/looks/life goes to crap. Even though he admits to this past drinking problem, he says he can currently drink a beer here and there but it’s only a problem when he drinks a lot (uhhh, you and everyone else, bud). 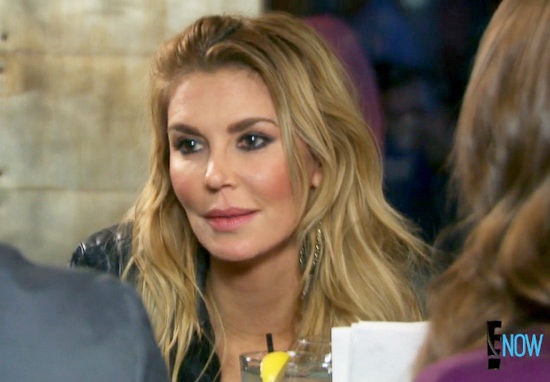 The Singletons go out to dinner at Big Wangs (seriously, I didn’t make that up) to discuss details of the party that they have no one interesting to invite to. Brandi’s random friend Adrienne shows up and offers little the conversation while Aubrey and Pauly D are distracted by flirting with each other. Jessica White says they look like two little kids who want to hump, which is pretty accurate. At the other side of the Table of Desperation, Calum is starting to look better and better to a d*ick deprived/wine infused Brandi. Calum is really dead set on making sure everyone knows he’s not the bad boy everyone thinks he is and at this point, I want to jump through the TV and explain to him that no one knows who he is, period!

We finally get to the house party to liven up this snooze-fest of an episode. Pauly D is in full DJ mode and the only thing that doesn’t make this look like a rerun of my eighth grade dance is the stripper pole that Somaya’s friend is already working her way around. Girl, you were an invited guest, not a hired performer (I think), so give the pole a rest for one night. Somaya starts chatting up Calum’s friend Simon, who I recognize from his old MTV days. Am I really showing my age with that one?

Aubrey actually does have a friend and she even shows up to hang out with Aubrey and listen to her talk about Pauly all night. Calum is boozing hard and Brandi already notices he’s going to the dark side. Josh starts chatting with another one of Aubrey’s friend and their conversation consists of talking about how attractive they think the other one is. Riveting stuff here, people. 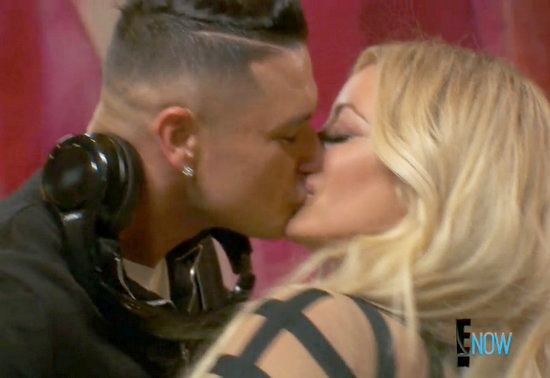 Aubrey and Pauly D start making out and she fast forwards to hoping he will kiss her like that at their wedding. I’m pretty sure THIS is why she is still single. Just a thought.

Pauly and Brandi have some conversation and contact, which looks pretty friendly to me but Aubrey, being the ego-maniacal psycho that she is, gets mad because she already marked her territory and peed on Pauly. She brings Pauly into a closed door conference and confirms he hasn’t kissed anyone else and doesn’t want anyone else either. Not only is this way premature but it’s also highly immature. 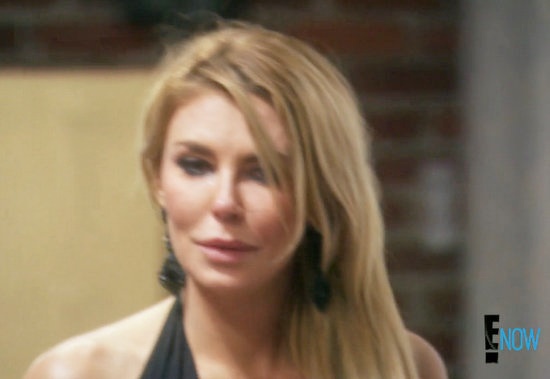 Back outside, Calum is busy bullying Brandi because he thinks he should have respect for him. What the eff is going on? Brandi goes to bed crying and I think this party can be best summed up in one word: trainwreck. Or is that two words?

The next day (or is it later that night? I can’t even tell), Brandi tries to talk some sense into Aubrey about how fast she is moving with Pauly. Obviously, Aubrey doesn’t need to hear any man advice from someone who she previously pointed out is forty with her boobs out all the time. I wish I could have sped through this episode as fast as Aubrey is moving with Pauly but hey, we have a whole week to recover, right guys?

TELL US – DID YOU FEEL SORRY FOR BRANDI?

Vanderpump Rules Recap: Extra! Extra! Fight All About It!

We celebrated Tom Sandoval‘s birthday on last night’s Vanderpump Rules and the theme was being extra. As if this group…
Recaps 3 years ago

Below Deck Recap: Hounds From The Pound

On last night’s Below Deck hair-brained deckhand Abbi Murphy up and left to sail off into her future. Actually it was…
Recaps 3 years ago

It feels like there’s a new 90 Day Fiance spin-off announced once a week at this point. The original series…
3 years ago

Last night’s 90 Day Fiance threw me for a loop. I found myself thinking, “Aww, these two are crazy kids…
Recaps 4 years ago