This week we find out a few critical pieces of news on Little Women: LA. Like the results of Terra Jole’s biopsy (she’s fine), and that Tonya Banks actually has an activewear line! But tempers flare when Tonya leaves Jasmine Sorge and Briana Renee off of the guest list of her fashion show. Because Briana is a MODEL in high demand, don’t ya know?!? Elena Gant and Terra also face off after Terra was last seen storming out of Elena’s baptism party. In short: Everyone screams at everyone. Welcome to another season of Little Women Who Loathe One Another!

We begin on the pier, where last week we saw Terra telling Tonya and Jasmine about her abnormal mammogram. Tonya tears up, then flies into anger about Terra not telling her earlier. Jasmine says nothing. Although Terra wanted to share the news with Elena as well, things between them are fractured since the godparent debacle. Jasmine’s advice: Talk to Elena. Soon.

Tonya and her family visit the factory that’s turning out her Little Boss Body active wear line, which is about to launch! For reals! And to prove it, Tonya’s throwing a fashion show – starring not quite all of her friends. Kerwin and Angelique listen as Tonya waxes poetic about her long journey, which was possibly destined for another row of garage bins. They’ll believe the dream when they see it move out of their garage. 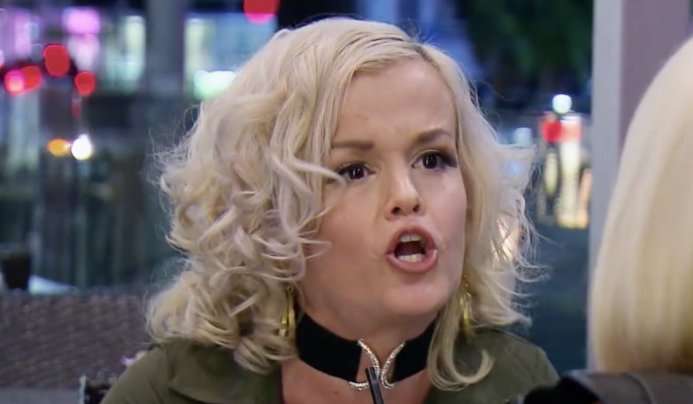 At dinner, Terra and Elena get together to rehash the baptism debacle. Terra didn’t want to disrespect Elena’s kids, but Elena balks, “You ruined the party!” Terra just doesn’t understand how they’ve gotten here and why Jasmine is “so much better?” She defends her choice to go on Dancing With The Stars, even though it temporarily took her away from family and friends. Then, frustrated, she goes below the belt to deliver her assessment of Elena’s life: “I’m not sitting home putting makeup on. What are you doing? You’re doing nothing!” 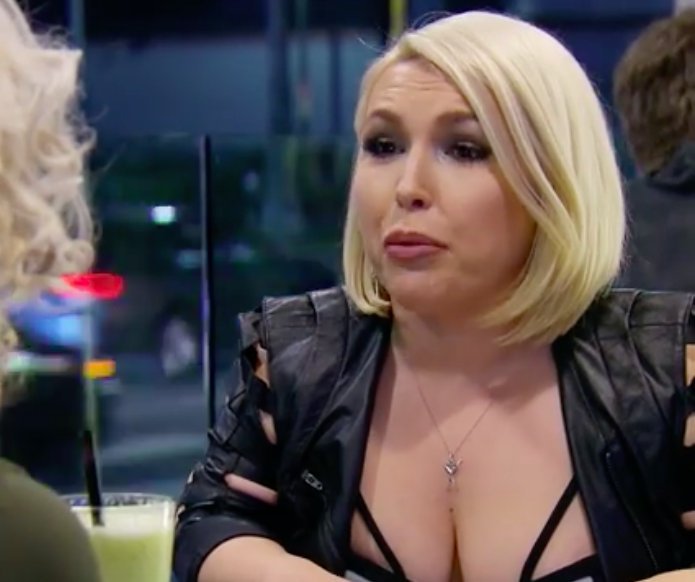 Terra just wanted Elena to give her a heads up about not being chosen as godparent, but Elena argues that she shouldn’t have known she was being considered in the first place. Tonya’s big mouth got this whole thing started! But to Terra, that doesn’t matter. She thought they were good enough friends to be transparent with one another. After she shouts that she wanted to apologize to Elena tonight, Elena shouts back “F**k your apologies!” Sometimes “I’m sorry” isn’t enough. Uh – this is apparently one of those times. These chicks are dunzo. (For now.) To prove it, Elena storms off, leaving Terra to wonder when – if ever – she’ll tell her about the cancer scare news.

Ah, cleansing breaths. And ice cream! Tonya and Elena get together days later to chat about Tonya’s show. Elena also fills her in on the huge blowout with Terra, who she is at an impasse with indefinitely. Tonya agrees that Elena should have given Terra a heads up, but Elena’s like, oops! Sorry, not sorry. When Tonya tells her about Terra’s medical scare though, a glimmer of concern shows in her eyes. Maybe the stupid godparent crap feels a bit more trivial now, thinks Elena.

At Christy McGinity Gibel’s house, her parents are moving out, and Autumn’s sketchy online dude is out of the picture. It’s all coming up roses in Christy’s world! Plus, Autumn will be walking in Tonya’s fashion show, which makes Christy a proud mama. Even though she promises not to be a “stage mama.”

Terra’s at home with Joe folding clothes and waiting on her biopsy results. As she imagines the worst, Terra vows to fight – even if it means losing her breasts. When she makes the call to her doctor’s office though, there’s no need to worry – she’s all clear! Her biopsy results are negative for cancer. “Yahoo!” shouts Terra, whose relief is matched by Joe’s. “You are the rock of this family and we are blessed with these results,” says Joe, which is possibly the sweetest thing that’s ever come out of this man’s mouth. Seriously. 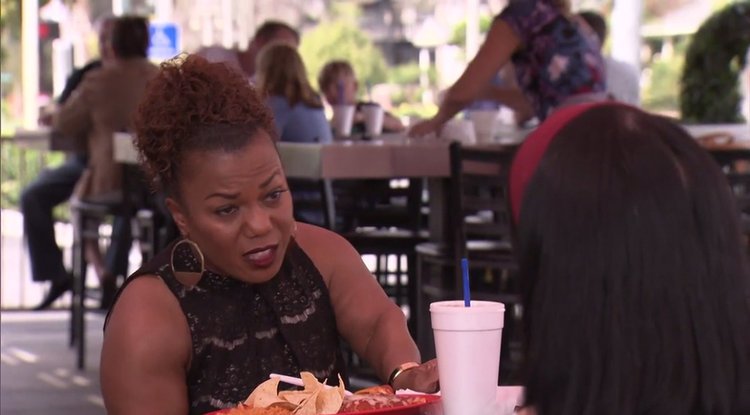 At lunch, Tonya and Briana discuss who will be modeling in Tonya’s show. She says the show is providing all of the models, plus she’s including Terra, Autumn, and Brittney (as in Guzman, aka Freakabrit? aka one-season wonder on LWLA?). Insulted, Briana brags that she’s already walking in another show anyway so, hmmmmph! A show that EXISTS and EVERYTHING! Tonya deadpans, “Good for you.” Cause what else is there to say to this thirsty woman?

To celebrate Terra’s good medical news, she meets up with Tonya and Jasmine to go on bumper boats – which is like bubble soccer on water and looks just as freaking fun! The ladies water blast each other and have a ball, chatting over lunch afterward about how happy they are about Terra’s good news. Terra fills the ladies in on her argument with Elena, which was the worst they’ve ever had. But when Tonya confesses she told Elena about Terra’s cancer scare afterward, Terra is pissed. She doesn’t want Elena feeling pity for her. And she wants Tonya to follow her own advice and stay in her lane!

Terra’s also surprised that Tonya didn’t ask Briana, or more importantly, Jasmine, to walk in her show. Especially because she’d floated the idea Jasmine’s way before this. And because inviting Freakabrit over Jasmine is cray-cray! Suddenly bursting into tears, Jasmine admits her feelings are hurt over not being included. She questions Tonya’s motivations in this whole mess of a fashion show, which is already becoming less popular than the lotus-embroidered fashions themselves. 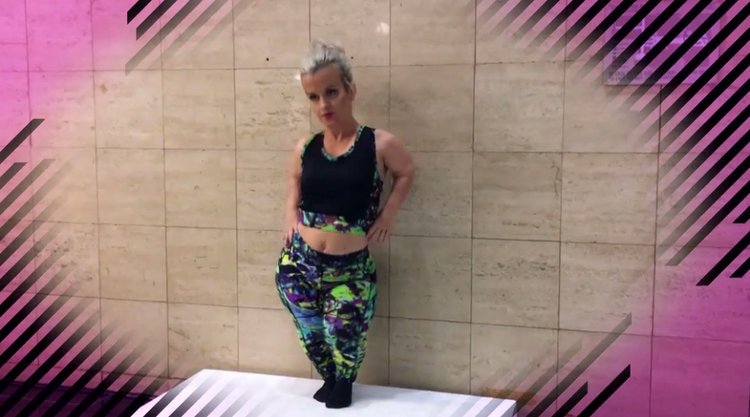 Alas, the show must go on! So Terra comes over to Tonya’s house for a fitting. The clothes look good and Terra cheers her support, despite her initial criticisms. They chat about the Jasmine issue, which Terra thinks is all Tonya’s fault. Tonya, to her credit, does feel horrible about leaving Jasmine out. But she doesn’t give a flying f**k about banning Briana! The reasons? Well: 1) Briana is unreliable, and 2) Briana HAS BODY ODOR that would stink up the entire collection. Whaaaaaaaaat? Okay, there’s just no coming back from that shade. Briana, you’ve been served! Ouch.

Despite their tense relationship of late, Briana and Jasmine meet up for some dessert and dishing. Briana fills Jasmine in on baby Maverick’s health, which is still in flux. Jasmine feels badly for Briana’s family troubles, but she’s still reserved about being tight with her again. When Jasmine asks about Briana’s  fashion show, she’s surprised to learn that Briana isn’t going to do it. Reasons? Because they dressed her badly, wanted her to dye her hair to look “taller,” and didn’t treat her like the “fierce mama” she is. Allegedly.

The two ladies do bond over their joint hurt feelings about being Little Boss Body Rejects, though! They’ve been invited to a party to celebrate afterward, but don’t want to go. Jasmine, because she’s genuinely hurt. And Briana, because her ego is bruised (and will be stomped to a pulp when she hears about the B.O. accusations later on!). 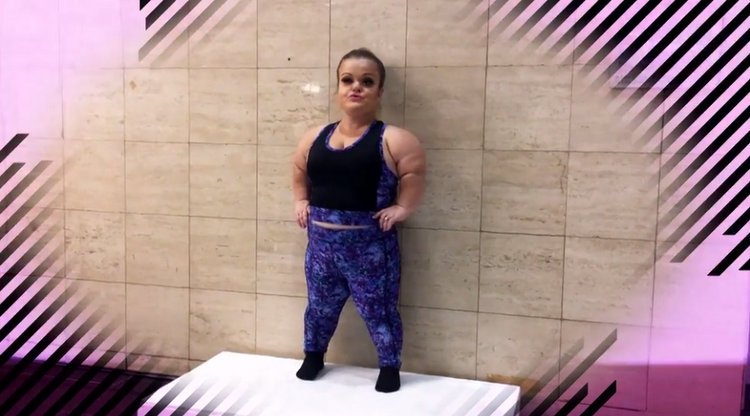 It’s the day of Tonya’s fashion show, and apparently, Christy had to step in last minute to fill in. So, that’s gonna go over super well with Jasmine and Briana! Speaking of tension, Terra freezes up when Elena arrives to Tonya’s post-show party – but there’s no need, because Elena comes in peace. She was worried about Terra, and the news of her health scare put things into perspective. She wants to be by her side and doesn’t want petty bullsh*t to get in the way. 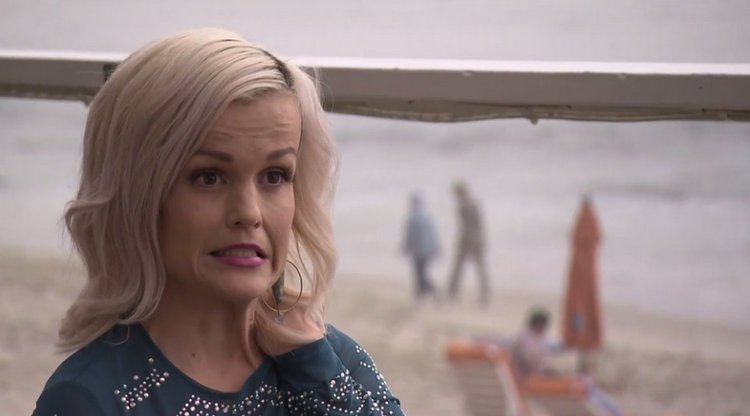 Terra wonders if this is just pity talking, but wants to move forward with Elena anyway because of the friendship they once had. They agree to start fresh. Yay! (Now, can we please have the old Elena back? I want to send this new version back to the distributor. It malfunctioned dramatically.) 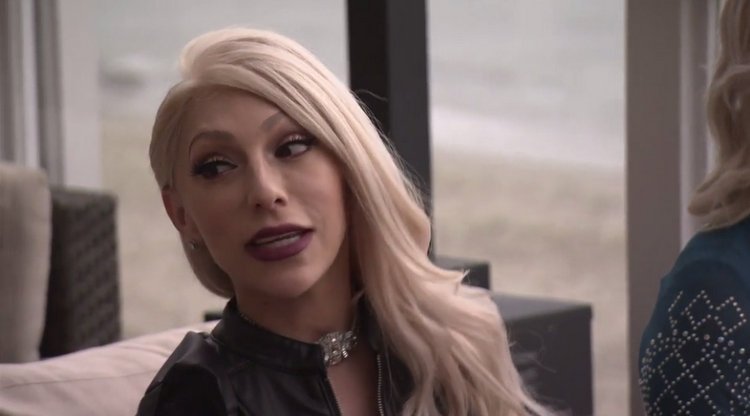 When Briana and Jasmine arrive, tension escalates to a new level though. (It should be noted that Christy is the only semi-happy camper here, which is a refreshing change of pace.) Jasmine confronts Tonya first: She was there for her video and photo shoots and “The way you repay me is by stomping on me!” she accuses. But Tonya didn’t intend to slight her, claiming it was a simple oversight. Oversight or not, Jasmine is fit to be tied – and rightly so. 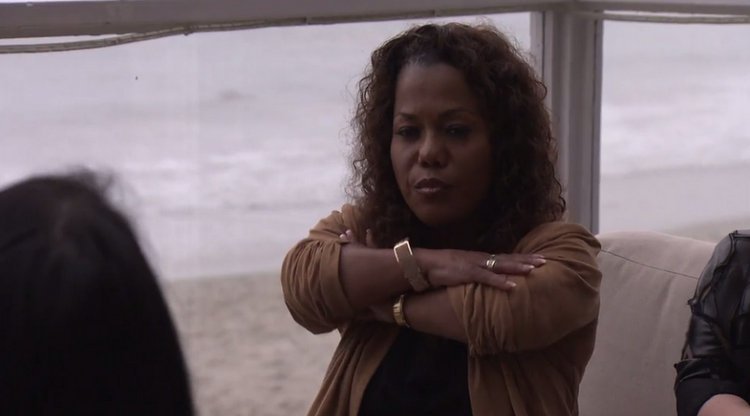 But instead of apologizing, Tonya goes into defense mode, claiming Jasmine never returned her calls. Plus, she just forgot! And Jasmine is, apparently, supposed to just get over it? No, no, no. Because now Jasmine is fueled on her rage AND rage on behalf of her on-again-friend, Briana. Cue Briana joining in the fray! She’s hurt too, but can barely get an “I’m a model too!” word in edgewise over Jasmine’s tirade. 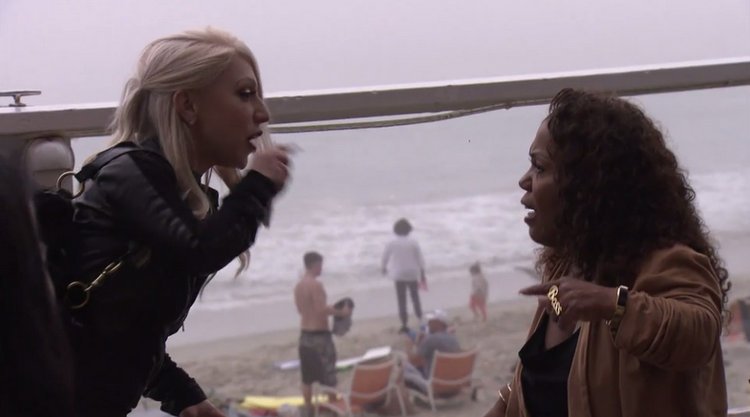 Fired up, Jasmine gets in Tonya’s face to reiterate how royally pissed off she is and how Tonya obviously doesn’t give a sh*t about her! Tonya barks repeatedly that Jasmine needs to accept her apology! – but this delivery leaves a lot to be desired. Jasmine doesn’t have ears to hear it right now, feeling like Tonya not only forgot to ask her to model. She forgot she existed.

Following Jasmine downstairs after she storms out, Terra explains that Tonya did truly feel guilty about not asking Jasmine to model. But, Terra admits, she never planned to ask Briana! Screw that chick! Briana is, of course, stunned that Tonya wouldn’t want her Maxim-wannabe-a$$ strutting down her runway. I mean Matt thinks she is hot, right? In tears, Jasmine just can’t understand why she’s “always forgotten.” It seems like an apology – a real one – is in order here, Little Boss.

TELL US: DID TONYA’S OVERSIGHT WARRANT JASMINE’S RESPONSE? WILL ELENA AND TERRA BE COOL NOW?