Married At First Sight Recap- I Married A Stranger

On last night’s episode of Married At First Sight the final two couples walked down the aisle. All five pairs will get a chance to interact with their spouse’s friends and family. I don’t know if I am more hopeful after watching or even more convinced about my original thoughts. Only time will tell who has made a huge mistake. I definitely have some front runners in that area. Everything will become clear once they move in together.

All the couples dance the night away at their wedding receptions.  Then it’s time for their first night together as husband and wife. Can someone say “awkward”?! I guess there is no way around getting better acquainted when you need help getting out of your wedding dress. Let’s get straight into the recap! 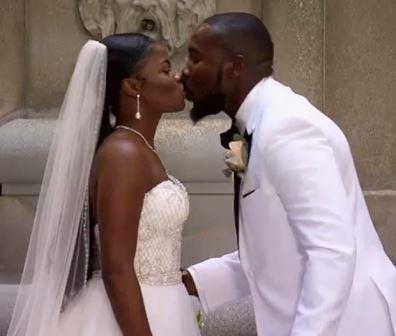 Meka Jones and Michael Watson are the fourth couple to walk down the aisle. Michael seems like he is ready to be someone’s husband. But with this show, I’ve learned all that glitters isn’t gold. As he calmly waits for the ceremony to begin, he reflects on the importance of family. Meanwhile, Meka’s demeanor is the polar opposite. I don’t know if her freak-out is nerves or because she is a perfectionist. If it’s the latter it may directly conflict with her new husband’s personality. During the ceremony, they both give heartwarming vows. When they meet after the ceremony the two seem to get along well. Although the photos are awkward in the beginning, they quickly find their stride.

Michael’s serene presence helps Meka through their first dance. Hopefully, it’s enough to get her through the wedding night. During dinner, they jump right into the hard questions. They find out they have different opinions on the timing of children. Wow, they couldn’t even wait until dessert. Meka meets the ladies in Michael’s family and gets some valuable advice about her groom. His aunt thinks that Meka will meet a great addition to the family. When Meka’s bridesmaids ask Michael about sex, he will follow his wife’s lead. 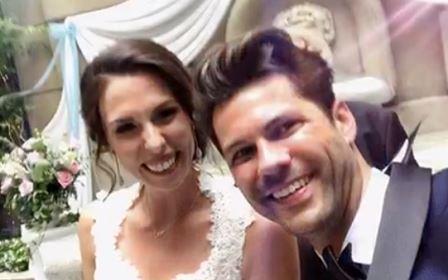 Mindy Shiben and hair  Zach Justice are the final couple to tie the knot.  Mindy misses the family members who have chosen not to attend her wedding. But she does have the full support of her sister and friends. Right before she walks down the aisle, her father  sends a message asking for pictures. The jury is still out on Zach. I don’t know if it’s his hair or something else about him that doesn’t resonate with me. His own mother admits that her son has commitment issues and she hopes he doesn’t “bail” out of fear. The red flags are already starting to sway in the wind. During the ceremony, Zach gets on one knee and proposes to Mindy. Some may see it as a sweet gesture, but I thought it was more of a show. Something just doesn’t seem genuine about him. Things get awkward during their meeting when Zach asks about whether Mindy’s family attended the wedding. I actually felt sad for her. It was obvious she was embarrassed. They both are attracted to their new spouse and I actually hope I am wrong about Zach for Mindy’s sake. They definitely had some chemistry during the wedding photos. Maybe there is hope yet.

At the reception, Mindy and Zach’s first dance isn’t uncomfortable at all. They seem like they have known one another longer than a day. It will be interesting to see if that dynamic continues in the future. Although Mindy wears a brave smile, she is sad that her father wasn’t there to share her special day. Mindy’s sister more than makes up for her family’s absence with a beautiful poem to the bride and groom.

Mindy  gets to know Zach’s family better. His father has great things to say about his new daughter-in-law after meeting her. Mindy’s bridesmaids basically give Zach all of the embarrassing details about her and they aren’t even drunk. They basically tell him, she over-analyzes everything and he needs to be very direct with his communication. I don’t think I would want my negative qualities highlighted at my wedding reception. 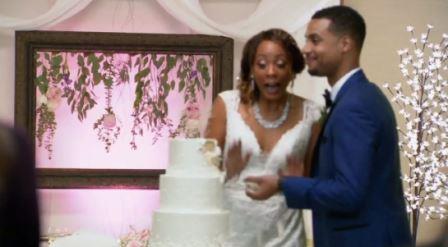 Now that all five couples are married, it’s time to meet the friends and family. When Brandon Reid  meets Taylor Dunklin’s mom he tries to convince her he is in his marriage for the long haul. Hmm… not sure I completely believe that. Taylor meets Brandon’s mom and they  get along well. Taylor’s bubbly personality seems to win over the women in her husband’s family.

Brandon is very weird. I honestly hope this has something to do with his nerves and being on television. He is trying way too hard. During the reception he smashes his hand into the cake then offers it to Taylor.  What woman wants to eat out of the palm of a stranger’s hand, like a dog?  I’m not sure if he thinks he looks cool or he is just a strange person. Regardless, I am definitely looking forward to watching this play out for my entertainment. 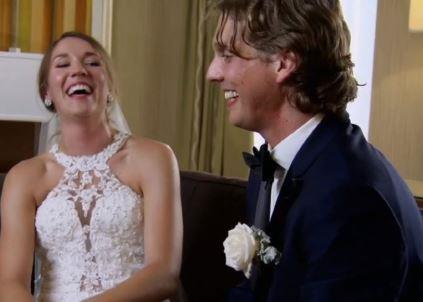 Austin Hurd  speaks to Jessica Studer’s bridesmaids and he admits he is, in fact a mama’s boy. He is totally uncomfortable answering questions about his life and expectations for his marriage. Sigh! Austin please loosen up, you are making me uncomfortable and I’m not even there. Jessica has a sweet moment with Austin’s niece, Scarlet. 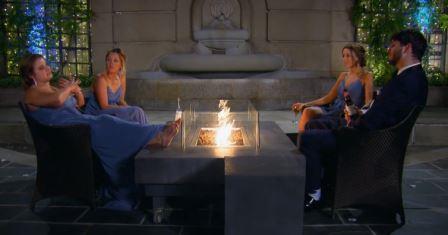 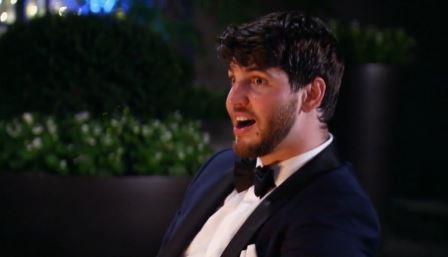 Katie Conrad speaks with  Derek Sherman’s groomsmen for some advice on her new husband. Meanwhile, Derek talks to Katie’s father to learn more about his daughter. Her father tells him right away that Katie loves hard. He uses an example of her writing “I love you” on his car with a rock as a child. Is he trying to subtly warn Derek his daughter has a touch of crazy? If not, he surely convinced me. I may be right about her being the crazy wife on the show.

Katie’s bridesmaids are drunk with a capital D. They ask Derek “do you want to F%^& Katie tonight, or what?”  They even go in depth about sex and what Katie likes. Wow, is all I can say. These are your friends??? Never mind, after seeing Katie at the bachelorette, I can definitely see her fitting right in with them.

It’s the end of the night and the couples retire to their hotel rooms for the rest of the night. This will be the first time, they will be completely alone for the first time. Someone is definitely having sex on their wedding night. Given the drama on the season trailer, things are about to HEAT UP on the oncoming episodes.

Married At First Sight  is definitely heating up! The honeymoons are usually when the drama begins. This season definitely doesn’t…
Recaps 2 hours ago

The Married At First Sight  newlyweds have only known each other for a very short time, but they finally will…
Recaps 7 days ago