Survivor: Winners At War Episode 2 Recap: Class Is In Session

No matter what school you belong to – Old School, New School, Red School, Blue School – one thing can easily be agreed on: When it comes to Survivor: Winners At War, class is officially in session. This red-hot all-winners season didn’t miss a beat following its electric two-hour premiere last week, and with this caliber of players we know that it’s only going to get better from here.

As I do at the beginning of every recap, please heed the following: Remember that this recap assumes that you have already seen this week’s episode of Survivor: Winners at War. If you have not and don’t want to be spoiled, please come back later! It’s important to add that while we WILL hit on all of the important developments of the episode, this is not a linear “blow-by-blow” recap. It is more of a discussion and reaction of what we just witnessed together. 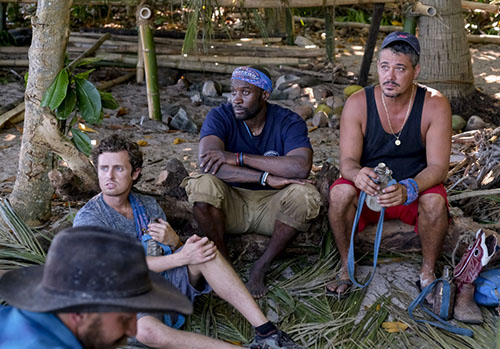 Three hours and two episodes into Season 40, I think the argument can be made that the “old school” seems to be getting beat by the “new school” of players. With three contestants (all women…) now on The Edge of Extinction, the last two are bona fide old schoolers, with Amber and now Danni Boatwright having their torches snuffed out. With Amber, yes she was targeted because of her proximity with her husband, Boston Rob, but also because she didn’t show us too much in the game during her short time…she wasn’t able to form the relationships or simply keep up with the speed of the game. Danni on the other hand, came out swinging, but unfortunately her first punch was thrown at Boston Rob and it came back to bite her. Ultimately, she too, was not able to find a place in this game. And yes, Natalie was the first one voted out and she is a new school player, but she’s been in high-gear on The Edge, having collected two Fire Tokens now and really understanding – seemingly more than Amber – that she is still in a game and needs to work all angles accordingly.

This is not to say that the new school style of play will win out…it is FAR too early to call that. For even though we’ve now seen two old schoolers in a row get voted out, the old schoolers that remain in the game are showing why they’re legends. How, for example, is it that both Parvati and Boston Rob can survive votes? They are two of the most dangerous and legendary players the game has ever seen, and they’re not out yet? As much as these newer winners want to take their place in the upper echelon of Survivor “legends,” thus far they don’t seem to be as confident up against their in-game Idols. Ben, for the second-straight week, had his tongue tied-up and handed back to him by Boston Rob who was able to talk circles around him. Adam really didn’t like Rob’s antics at Tribal, but he went along with it anyways and barely was able to speak up against the “empty your bags” gimmick that Rob was insisting upon. 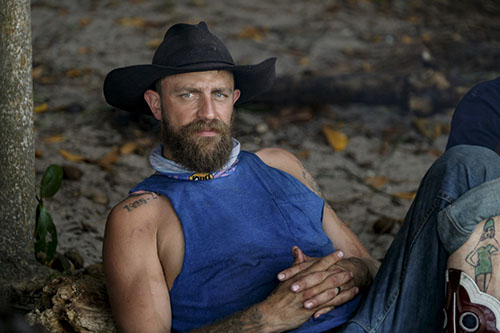 Knowing that Danni was on the outside, I see Michele‘s logic (remember her?) when she chatted with Jeremy, saying that maybe the Danni vote-out was the right thing to do first. Even Jeremy told us in a confessional that he wants to control this game. But how does voting out Danni do anything but put all the new schoolers in even more danger, by keeping players like Rob or Parvati in the game for three more days? A disenfranchised Danni might have been someone that could have been brought in, and we all know she’s a loyal player from her own winning season. If “Winners at War” is a prize fight between the best the sport has to offer, then this week was a series of timid jabs, a sparring session, with each heavyweight playing a bit too cautious and too safe. In other words, the players right now seem to be looking for ways to not get knocked out, instead of looking to land that knock-out punch of their own. 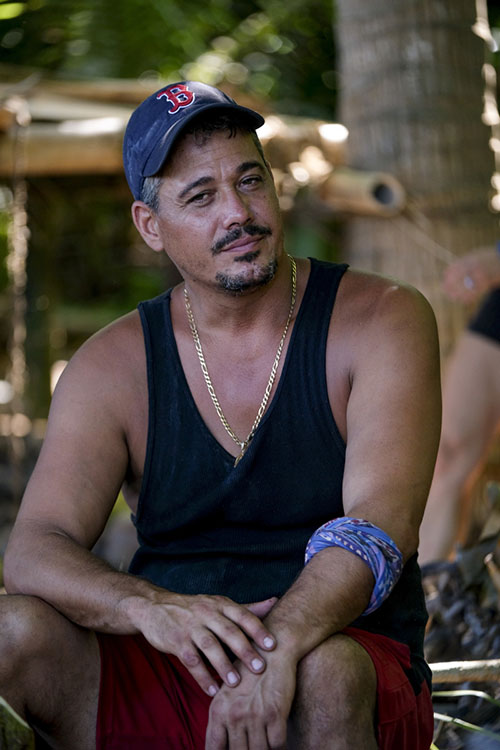 Keeping Boston Rob around is even more crazy and dubious, if you are Jeremy. Just like Sandra last week, once Jeremy is bequeathed the Fire Token and sees how powerful they are and that they can be bartered for powerful advantages, he figures that this offer of trade must be coming from the Edge of Extinction. Thinking this through, wouldn’t he then realize that Rob has a powerful ally – his wife! – on the Edge and that this makes Rob even that much more dangerous to leave in the game? It’s mind-boggling to me how good the Rob-father is at this game, and he’s such a force at this point in Survivor history that he looms over everything. This dude has his wife potentially feeding him advantages from the Edge, he single-handedly lost his tribe the Immunity Challenge, and HE’S FRICKIN’ BOSTON ROB, and still these other FORMER WINNERS are afraid to take a shot at him? That’s some next-level power right there. Rob, as he mentioned, definitely didn’t have the best day – and don’t think he’s not going to exact revenge for whomever he believes voted out Amber – but he’s not going anywhere anytime soon based on the hold he has over the others at this point in the game.

This week was notable too because it cued the viewers in that not every single game advantage is going to come from the Edge. This week saw two two-part Idols being found, one by Denise (who gave the other half to Adam) and one by Kim (who inexplicably gave her other half to Sophie). Sophie is low-key amazing so far and feels like a real surprise…of all of the new schoolers, she seems and feels the most comfortable out there. We didn’t get too much in the way of strategy from the Red Tribe this week, but thank God for Tony though right? His makeshift ladder was a highlight of the hour, as was all of the surrounding commentary as Tony put his life on the line for…a piece of fruit? 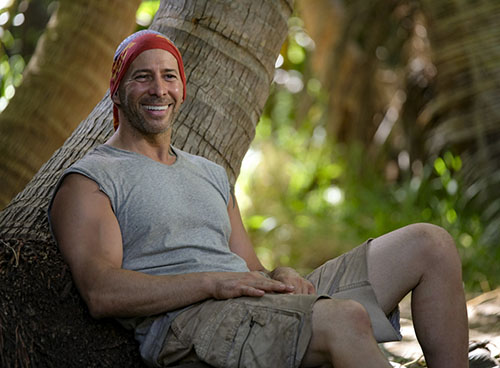 The little bit of strategy that did come from the Red Tribe might be super-important moving forward however, and that’s the emergence of the “Cops-R-Us” alliance between Tony and Sarah. It sounds like from both of their confessional interviews, that they plan to honor their alliance this time around, and I don’t think it makes the episode if it wasn’t important. I guess the devil you know is better than the devil you don’t. 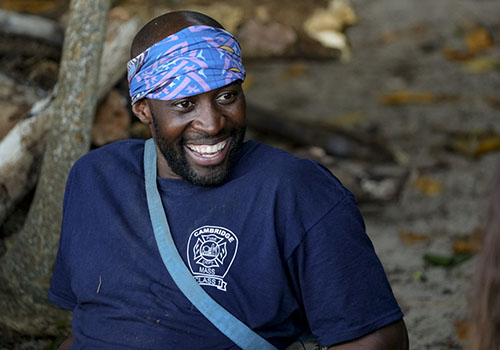 Circling back to Jeremy, he went from potentially the first one voted-out of the game to being in a super-unique position. One phrase that didn’t get any play this week was “the poker alliance” and Jeremy is in that exclusive clique. So while he is decidedly in the new school alliance, he still has some old school ties, which gives him several options moving forward. His new power – bequeathed (I just like typing that word) from Natalie – just makes him that more dangerous.

Episode Take-Away: How can you not love this season? What a rush it still is to watch all of these winners play the game together. This is the last week I’ll allow myself to be sad that Richard Hatch and John Cochran were not a part of this season…could you imagine if they were out there too? But alas, I’m over it.

I felt like Danni was in trouble right from the start when she threw out Boston Rob‘s name and maybe came out a bit too hard out of the gates. The idea that she gave her Fire Token to Denise is interesting to say the least, being that Denise helped vote her out. I like where the game is going, but I was honestly hoping for something a bit more complex and challenging than simply “old school” versus “new school.” I think this is just the players finding their comfort level in the game thus far, and I’m definitely betting that this divide will hopefully blur as the game speeds along.

Lastly, a request: More Yul next week please? Thank you! 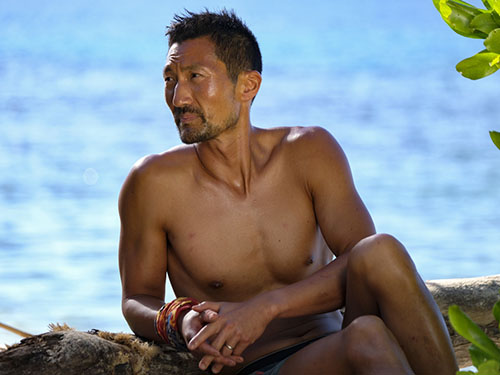 Voted Out This Week: Danni 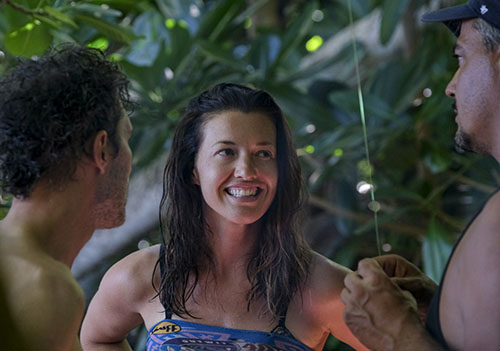 Next Week’s Episode: Adam and Denise look like they might have gotten the courage to make a big move…is it too little too late? Sandra‘s name is allegedly thrown out there by Tyson, and it doesn’t go over too well with the Queen. And then…Tony! Catches a shark with his bare hands? Of course he did.

Quick Note! I appreciate that you are reading this recap! Those that have followed me also know that I am also a RottenTomatoes-approved film critic, and I encourage you to check out my weekly movie reviews as I am the film critic and Executive Producer of the TV show, “Movie Show Plus,” the #1-rated local program in the Detroit-market (episodes are also available online at the website, www.MovieShowPlus.com.) As always, the easiest way to get all of my Survivor coverage and movie reviews is to follow me on Twitter – @tomsantilli – or on Facebook.

TELL US – WHAT DID YOU THINK OF THIS EPISODE? IS IT A MISTAKE TO ALLOW BOSTON ROB AND PARVATI TO REMAIN IN THIS GAME? AND WHO ARE YOU ROOTING FOR TO WIN?

Meet The Cast Of Survivor 44, Premiering March 1st On CBS!

Buckle up, reality competition fans. Peacock has a new show called The Traitors, and I am going all in! There…
Reality News 3 weeks ago

Peacock has done it again — given us another great reality show to binge in our free time. That’s right…
Reality News 4 weeks ago