On last night’s episode of Married At First Sight , four out of five couples have lived together for a week. The experts give each couple a history of love exercise to open up communication. This activity seems to open more wounds than close them. One couple possibly reaches a point of no return.

This episode was interesting to say the least. What participants are most insecure about were revealed throughout the show.  Even the seemingly perfect couples let their slip show, just a bit. Let’s get straight into the recap! 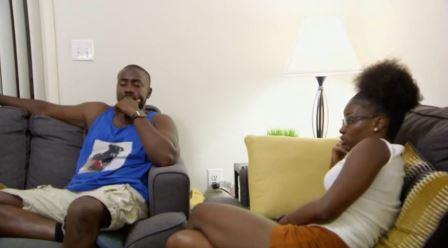 Michael Watson drops a bomb on Meka Jones when he reveals he turned down his new role as a principal. He claims he decided to take a position as a director instead. Hmmm… Is it me or does something seem very fishy. Apparently although he had an offer letter the terms and salary suddenly changed after he signed it which made him change his mind about accepting the position. Meka, not one to just easily dismiss anything, has doubts about his story. Frankly, so do I.  Absolutely nothing makes sense about his story. Michael are you a compulsive liar or have there been several misunderstandings?  I’m starting to lean towards a liar. Where there is smoke there is always fire.

During the love exercise from the experts, private investigator Meka steps in. She probes further about the holes in Michael’s story about his job. Instead of coming clean, he says “I’m not a 100% comfortable with you yet.” WTH! Umm…. Do you need to know someone for 10 years to explain why you turned down a job? In a post interview, Michael shares that he always feels like he is being set up for a “gotcha” moment by Meka. I can understand what he means she can come off as aggressive at times. However, she isn’t the only one who has questions about him switching jobs abruptly.

Michael takes Meka out on a date after their tense conversation the night before. She confesses she feels abandoned when Michael shuts down and refuses to communicate. He apologizes and explains that it’s hard for him to communicate with someone so strong willed. Instead of explaining more about his job, he settles for giving her a box of candy. I guess it works because Meka smiles and seems to forget all about her husband’s sketchy story. Really, Meka, you sold out for some gummy worms? I thought you were going to get us the tea! 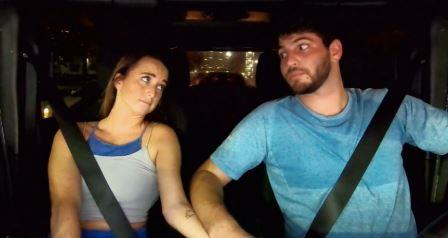 After sitting down to dinner, things take a left turn when Derek Sherman discusses his history with love. Katie Conrad is deathly afraid that she may be once again wasting her time with someone who won’t be able to commit and love her. I knew this would eventually come up since Derek has never been in love at any point in his life. Although things have seemed great with this couple, this issue has always been in the back of Katie’s mind. I don’t blame her for being concerned. We don’t know if Derek has issues with love or it’s just because he hasn’t been in a serious relationship.

Later that evening Derek expresses his frustration that Katie sees his lack of love experience as a red flag. He doesn’t find his circumstances strange and wishes it wasn’t used against him constantly. In order to make things less tense, Derek plans an aerial arts date the next day. It seems to do the trick; Katie is distracted from being thirsty for love, for one night. Much to Katie’s surprise, Derek is already thinking about plans for their future. I think Katie will need to hear the “L” word before the end of the experiment to feel secure. 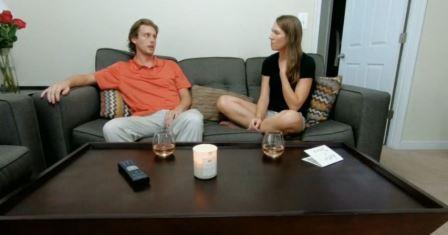 When Austin Hurd and Jessica Studer talk about their past, he reveals he doesn’t rush into saying “I love you” to anyone. In one of his previous relationships it took him a year to feel that way. Jessica is concerned that her husband could take such a long period of time to feel that way towards her. I think Jessica is leaning a lot closer to the sentiment than her husband. He doesn’t want to rush or plan something that should be organic. This couple moves so slow, it may take years for things to go in that direction. At least, they seem to be happy with one another unlike most of the other couples. 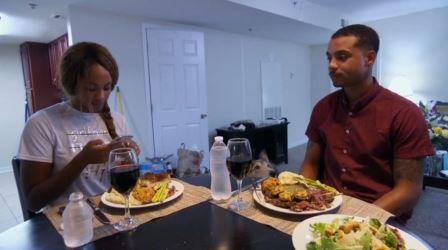 Things get very awkward between Taylor Dunklin and Brandon Reid during the love exercise. Taylor has basically shut down since Brandon’s tantrum at the end of their honeymoon. They are currently living in separate rooms and don’t spend much time together. Taylor confronts Brandon about his lack of effort or initiative. He becomes defensive then blames her for the way things are in their household.  Brandon, you should be kissing Taylor’s butt every day after how you embarrassed her.

Taylor attempts to make peace in the household by cooking Brandon dinner. When she begins taking pictures of the food and essentially ignoring him, he reaches his breaking point. Brandon confronts Taylor on her negative attitude and says it’s the reason he hasn’t wanted to be bothered with her lately. I would understand how he feels, had he not kicked off the passive aggressive behavior in their relationship. When Brandon had his meltdowns Taylor had the patience of a saint and kept trying to make things work. I think she wants the same level of effort and understanding. Sorry to tell you Taylor, you’re not going to get it from him!

Sometime after the disastrous dinner, Taylor made a social media post venting about not being able to find the right man and listing her requirements for one. Brandon is furious and moves out feeling completely disrespected by his wife. Sigh!  I guess it’s not fun to be embarrassed in public. Did Brandon forget he did the same thing when he cursed Taylor out in front of everyone on their honeymoon? Two wrongs don’t make a right, but we saw this coming. Taylor returns home and acts completely shocked her husband isn’t answering her calls and left. Ummm… did she forget he was passive aggressive? This marriage was doomed from the start.

Dr. Viviana Coles video calls Taylor to understand her reasoning for her social media post. Taylor says she was joking and it shouldn’t have been taken literally. I highly doubt that is true.  She clearly wanted to hurt him, the way he has hurt her. Taylor meets with Meka and confesses to feeling drained in her marriage. She continues to deny that the post was about her marriage or Brandon. Even Meka doesn’t buy that and urges her to just apologize to her husband. Brandon meets with Michael and reveals that he thinks his wife only signed up for the experiment to be on television. Apparently, Taylor has always wanted to be on reality television. 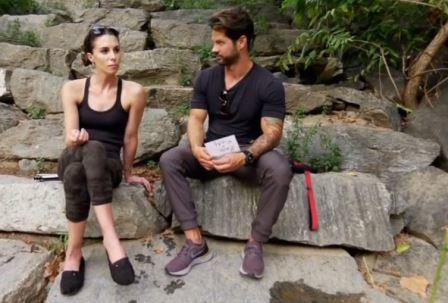 Zach Justice and Mindy Shiben meet at a park to complete the love exercise. It is still apparent that Zach does not want to act in any way shape or form like he is married. Mindy when are you going to give this douche, the boot? When she mentions him moving in, Zach conveniently ignores her and focuses on his dog instead. Chile, please! Instead of begging him to participate in the marriage, I would be begging the experts for a divorce. Zach isn’t worth the camera time his wife is helping him get on this show. I don’t know how he thinks this appearance television is going to do anything, but make him look like a horrible person.

Zach speaks to one of his female friends about his favorite topic, his lack of attraction for Mindy. Then he begins to ramble and speak in circles, only for his friend to tell him he is wrong. She thinks Zach seems emotionally checked out and is overthinking the entire situation. She even expresses sympathy for Mindy that Zach isn’t participating in the total experience. Little does she know, her advice will fall on deaf ears. This man has no intention of doing the right thing in his marriage. Shockingly, Zach visits Mindy for a night of games and face masks. This is clearly a ploy for the camera. Mindy, please stop letting Zach have all of the control in your friendship relationship. This is just getting pathetic.

TELL US – DO YOU THINK ZACH IS ONLY USING MINDY FOR CAMERA TIME? WAS TAYLOR WRONG FOR HER POST ON SOCIAL MEDIA? IS MICHAEL A LIAR OR JUST MISUNDERSTOOD?  WILL KATIE BE HAPPY IF DEREK DOESN’T SAY “I LOVE YOU” BEFORE THE END OF THE EXPERIMENT?