Exclusive Exit Interviews with the Final Three from Survivor: Winners At War

There can only be one winner, even on a season full of them. “Survivor: Winners at War” came to an explosive close on Wednesday, and a winner was indeed crowned. The chaotic, overly aggressive, super-strategist, known for building Spy Shacks, Bunkers and Nests on the island, Tony Vlachos became the Sole Survivor of Season 40 and the show’s second-ever two-time winner (behind Queen Sandra). He outwitted, outplayed and outlasted 19 other winners to grab the record 2 million dollar prize and sole bragging rights as the best of the best. Tony earned it, that’s for sure.

But on his heels were two other former winners, who took totally different paths to the end. First there’s Michele Fitzgerald, the only winner to come out of “Winners at War” having never had her torch snuffed…ever. She was an underdog most of the game, and fought an uphill battle to try to earn respect from the other contestants, and from the fan-base, many of whom called her first season win “undeserving.”  Natalie Anderson on the other hand, was the first person voted out this season on Day 2, and she endured 33 days at The Edge of Extinction, winning her way back into the game at Final Six and then protecting herself to the end with Immunity Idols found and bought.

It was epic, it was exciting, and it’s all over…other than we still need to get answers to many of the nagging questions that still remain! Tony, Michele and Natalie were all on The FilmSurvivor Podcast following Wednesday’s Three-Hour Finale, the link to which is beyond the following “Continue Reading” link below. 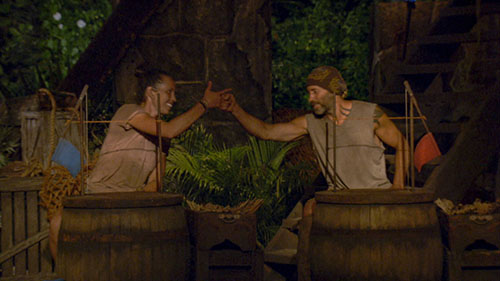 Yes, if you haven’t already, please get caught up with our Survivor: Winners at War Recap. Also live on the site right now is our updated “All-Time Survivor Winners” list, as well as our updated “Most Memorable Seasons” list. We urge you to check them out and comment with your thoughts!

After that, you will not want to miss the latest episode of The FilmSurvivor Podcast. You can listen/watch below (it’s a video podcast!), or subscribe for free on iTunes and/or Podbean. On this episode, I’ll go a bit more in-depth as to some of my thoughts from my Recap article, but best of all I’m joined with Michele, Natalie and Tony to discuss their games and reactions to Winners at War. Here are some excerpts: 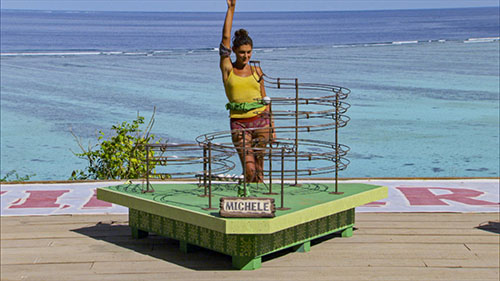 (Excerpt from The FilmSurvivor Podcast Interview) On if Michele was “crushed” to receive zero winning votes:

Michele: I honestly don’t feel crushed that I didn’t get any votes. After we got back from Tribal Council, Wendell, Adam, Nick and Danni had let me know that they were going to cast their votes toward me. But there was a lot of talk about Natalie getting some other votes, so if they would have put their votes on me, it would have risked Natalie winning, and I think we all agreed that the right person should win this season and in that, we felt really confident as a group that that should be Tony. So I don’t really need a pity vote or whatever it is, I’d rather have them get their opportunity to cast their vote – most winners on the jury had never crowned a winner on Survivor, because they’ve been on the receiving end – so to have an opportunity to crown somebody is an honor, and for that to be Tony, I wanted them to be really happy with that, and I think that I’m OK with it.

(Also discussed on the podcast with Michele: Her thoughts going into and out of Final Tribal, her reputation as being an under-appreciated winner, her relationship – or lack thereof – with Wendell, and why they voted out Denise instead of splitting votes). 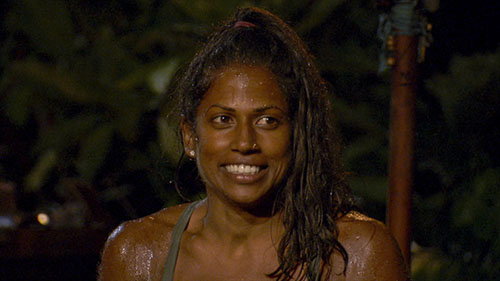 (Excerpt from The FilmSurvivor Podcast) On what Natalie’s thoughts were about The Edge of Extinction coming into this season:

Natalie: Watching The Edge (the last time) was much different from experiencing it in the game. I was a fan of watching Chris Underwood come back, I was a fan of watching people struggle on The Edge, because I think that’s a huge part of Survivor and sometimes we lose sight of that aspect of the game. Playing it, I was not excited for The Edge. I’m the type of person where I was like look, I don’t need to “soul search” on some damned beach in Fiji, like, I grew up on an island, and I’ve done enough soul-searching in my life. Like, I’m pretty confident in who I am and I don’t need to go The Edge to find some “Eat, Love, Pray” experience (laughs). But when I got voted off I was so thankful for it, because I realized that I still wanted to fight for my life, and Day One of The Edge, I just made the decision, look Natalie, you’re either going to stay here and make it worth it or just pack your bags…I was super-appreciative of it, it did teach me something that I didn’t realize about myself, so I did end up doing some soul-searching at The Edge. I think I’ve always known that I’m super-physically strong…but I think that my mental game was proven this season.

(Also discussed on the podcast with Natalie: The Final Vote and if she thought she was going to win, her social game on The Edge and almost choking during the “come-back” challenge). 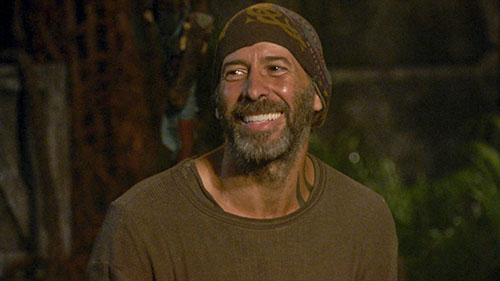 (Excerpt from The FilmSurvivor Podcast) On the key to his “Cops-R-Us” alliance with Sarah Lacina:

Tony: Sarah and I, right from the beginning, we saw Natalie get voted off just because she knew Jeremy, we saw Amber getting targeted just because she’s with Rob. And we said to each other, we have to stay away from each other. She was like, Tony, do not talk to me, do not look at me, we’ll meet up somewhere in the woods later on while we’re collecting sticks, and we’ll just bounce ideas off of each other, we’ll touch base, we’ll fill each other in, and it worked! I mean, that’s the only way we went as far as we did, but by the time people were on to us, we were a power couple and it was too late.

(Also discussed on the podcast with Tony: His status as “the greatest of all-time,” his “spy shack/nest/bunker” strategy and why Sophie was such a huge threat).

TELL US: WHAT DO YOU THINK OF THIS SEASON? IS TONY THE GREATEST OF ALL-TIME? AND WHERE SHOULD WINNERS AT WAR RANK AMONG ALL OTHER SEASONS?