It’s no cliché to say that people go crazy and make irrational decisions inside the Big Brother House…it’s a fact. From the comfort of our couches at home, it’s easy to pass judgment on the decisions that the house guests make or don’t make over the course of the Summer, as they have no contact whatsoever with the outside world. When you’re living in the Big Brother House, up can sometimes appear to be down, and right can disguise itself as left. That’s exactly what happened this past week on Big Brother, as we near towards the Season 21 Finale next Wednesday night, now less than one week away.

I’ll try to avoid spoilers above the warning label, but as I do at the beginning of every one of my Survivor recaps, please heed the following: Remember that this recap assumes that you are caught up on all of the aired episodes of Big Brother 21. If you are not and don’t want to be spoiled, please come back later! It’s important to add that while we WILL hit on all of the important developments since the last recap, so if you need to go further back please click on the “Big Brother” Topic on this page to access past recaps…also, this is not a linear “blow-by-blow” recap, but is more of a discussion and reaction of what we just witnessed together. 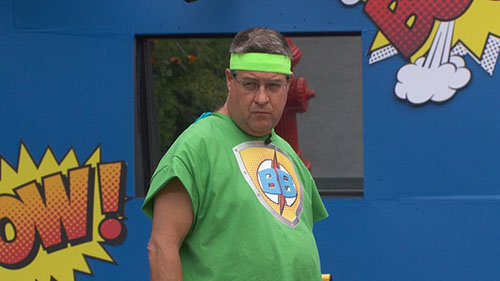 Yes, we’re in the home stretch of Big Brother 21 and we’re down to our Final Three: The bicycle (Michie and Holly) and the third-wheel (Nicole). There is sure to be spirited debate among the Big Brother fan-base this season, as I don’t think that any of the remaining contestants would make everyone universally happy (although I know that of the three, Nicole is by far the fan-favorite).

But before we look ahead to next Wednesday’s 90-minute Big Brother Finale (which airs directly following the Season 39 90-minute Premiere of Survivor: Island of the Idols, which I am also recapping right here on these very pages), let us first look back on a week that, quite frankly, was highlighted by bad game-play. It all started last week with how Cliff and Nicole handled their power, in choosing who should go home between Holly and Tommy. Their wishy-washy-ness, and their inability to do things even remotely considered to be “under the table,” led to a mess that they just weren’t able to clean up. Had they been more firm and confident in their convictions, they would have just made a decision and stuck with it…I truly believe their downfall was in fact, keeping Holly around. Maybe not at first, but once things blew up in their faces with their Final Four alliance with Michie and Holly, with Michie and Holly losing trust in them, they really needed to follow through with the Holly eviction. But alas, they made an irreversible mistake. 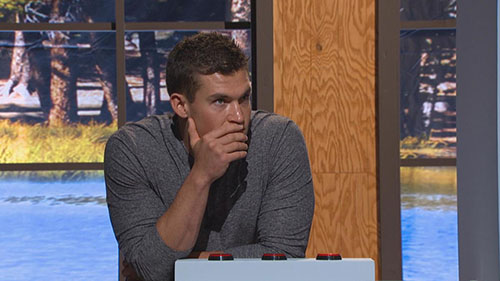 Julie was correct – in her post-game talk with Cliff – to imply that Cliff may have been playing one step ahead of where he should have been. Even if he had concerns about Tommy, he should have also had concerns with Michie, as both would have strong cases in front of a final jury. But like Michie has shown all season, he is just as good of a social and strategic player as he is a competition beast, and Cliff’s ultimate downfall was in trusting Michie, to a fault.

But that doesn’t let Cliff off the hook for what was simply sloppy and poor game-play down-the-stretch. He is the one that nudged Nicole into evicting Tommy, and he’s the one that was making way too many deals this past week. Julie Chen-Moonves-bot was also correct in calling him out for what he had dished to Michie, that if Michie were to go to Final Three with Cliff and Nicole, Cliff would vote Michie out. On that move alone, Michie had no choice but to evict Cliff, let alone his bad feelings from the previous week. Yes, Cliff made his bed and now he has to sleep in it, now over at the jury house. 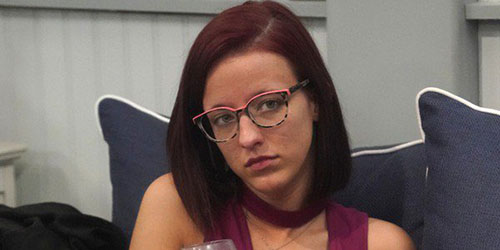 Caught up in all of this is poor Nicole, who admitted that she should have trusted her gut last week. Cliff gambled and lost, and now Nicole is in serious trouble. Don’t believe anything else the editing of this show may try to make you believe, but Michie is taking Holly to Final Two and Holly is taking Michie to Final Two, given the chance. Nicole will have to win her way to the Final Two seat. And if there ever was a Big Brother David vs. Goliath situation, it’s this one. The ultimate competition beast, the big muscular Michie, with something like 10 total wins, going up against a the ultimate meek, geeky underdog, who hadn’t won a competition for the first 2-and-a-half months of the game. It’s an uphill battle, to say the least.

The good news for those holding out hope that Nicole could win the game, I think if she does somehow miraculously make it to Final Two, she will win. Mind you, the most entertaining Final Two scenario would be Michie vs. Nicole, but I’m sad to report that there is literally ZERO chance of this combination happening. If Michie gets to choose, he takes Holly. If Holly gets to choose, she takes Michie. And if Nicole happens to win her way to the deciding spot, there is no way in hell she doesn’t evict Michie and sit next to Holly. 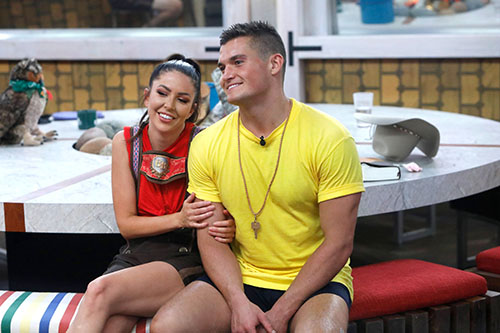 So playing these scenarios out, the odds of Michie winning Big Brother are 66%, to Nicole‘s 33%. Yes, I’m suggesting Holly has a 0% chance of winning the game, although she is basically guaranteed 100% to land in second place. As we saw in the jury segment of tonight’s show, the jurors all gave valid reasons why Michie was the “Greatest of All Time” and also why Nicole was gaining steam and favor…and if Nicole ends up taking out Michie that will be all she needs to win the final vote. Boiled down: Michie may very well be remembered as the “GOAT,” while Holly will sadly go down in Big Brother history as just, well, the “goat.”

Speaking of the jury, what a scumbag Nick is. He was head-over-heels for Bella and it seemed they were a real couple for the first part of the show…well, as real as a reality-tv-showmance can be. But then he made waves by getting it on with Sis, who of course had already got it on with Jack. And now Nick has moved on to Kat in the jury house? Kat doesn’t get a gold star either…you may remember she slept with Michie in the early days of the show. Cliff now finds himself in jury, and it won’t matter whether or not he tries to turn the jury against Michie or not, as stated in the previous paragraph, I think this one, for a change, is quite cut-and-dry. 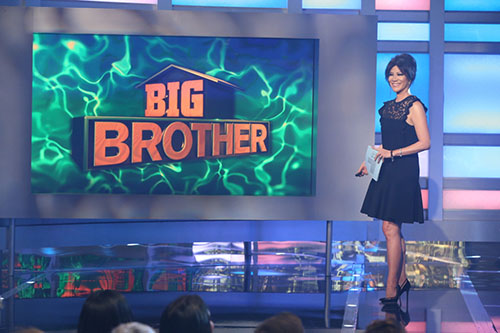 We’ll know for sure when the Finale plays out next Wednesday night, and I hope you join me that night not only for my final Big Brother Recap of the season, but for my first Survivor Recap of the season! It’ll be an explosive night, and you won’t want to miss any of the action, and I’m also curious to hear your takes in the comment section below!

In fact, next week also marks the return of the FilmSurvivor Podcast, which I urge you to follow and/or download on Podbean and/or iTunes! The FilmSurvivor Podcast next Thursday will be all about the Big Brother Finale, as well as the Survivor Premiere, and will feature my exclusive interview with the first person voted out of Survivor: Island of the Idols.

We’ll see you next Wednesday and Thursday! Don’t miss it, and for at least one more week, expect the unexpected!

Quick Recap of the (past) Week

POV Winner: Michie, who used it on himself

Evicted: Cliff, in a vote of 1-0 (Michie cast the lone vote) 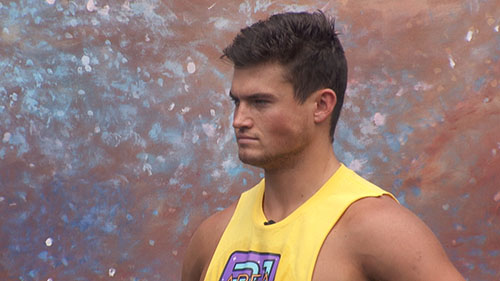 TELL US – WILL MICHIE OR NICOLE (OR HOLLY) WIN BIG BROTHER? WHO WOULD YOU VOTE AS AMERICA’S FAVORITE PLAYER? AND WILL YOU BE WATCHING THE SURVIVOR PREMIERE AS WELL?

Wow. That word is not only my reaction to tonight’s episode of Survivor, but it’s also all that the blindsided…
Recaps 2 months ago

If you’ve been keeping up with this season of Big Brother, then you know the recent finale was something sweet.…
Reality News 4 months ago

Big Brother 24 Season Finale Recap: When A Win Is Much More Than A Win

Resiliency. That is the word that my fellow Michigander and former pageant queen, Taylor Hale, used to describe her season…
Recaps 5 months ago