As we all still manage to digest the turkey, pumpkin pie and leftovers from this past week, we’re also trying to digest the crazy-epic blindside we witnessed on Thanksgiving Eve. Of course, I’m talking about last Wednesday’s episode of Survivor: David vs. Goliath. This season, by all accounts, has been amazing. It begs many of us to ask the question the non-Survivor-watchers. What the heck are you doing if not watching Survivor this season? Do you not like great television? Or in the words of Russell Crowe: Are you not entertained???

It was a Thanksgiving treat that came early, maybe for all but Dan Rengering, the Goliath who seemed to be in the absolute best position…until he wasn’t. It was one for the ages and included a second-straight “Hall of Fame” caliber Tribal Council the likes of which we have – literally – never seen.  And if you missed any of the action? Get caught up with our Episode 9 Recap, as well as checking out the Podcast below. 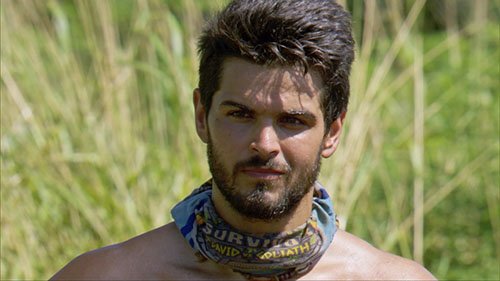 Dan Rengering became the first person in the history of Survivor to go home NOT with an Idol in his pocket, but one around his neck. He successfully played a hidden Idol on himself, only to have the Idol “nullified” by Carl‘s Idol Nullifyer secret advantage. This came on the heels of Nick successfully playing his “steal-a-vote” advantage to take away Alison‘s vote. This perfectly aligned the Survivor Gods on David’s side.

It was the second Idol in a row that Dan played, having used his other one unsuccessfully on Angelina the week prior. But the kicker with the Idol Nullifyer is that it wouldn’t have mattered if Dan had had 100 Immunity Idols. According to current Survivor rules, you can only play one on one person. Then, there was absolutely nothing Dan could have done to avoid being sent home…no way, no how. No escaping his fate. This, coming from a strong player who just two weeks ago had two Idols in his possession, was in somewhat of a budding showmance with Kara, and whose tribe sat in a clear 7-5 advantage heading into the second-vote post-merge.

Survivor can sober you up pretty quickly (maybe not for those of us drinking from home, but for those actually in the game). Unfortunately, Dan became the victim of one of the biggest twists the game has ever seen. He became the third person on the David vs. Goliath jury. Speaking of which, be sure to catch Dan’s Ponderosa Video here.” 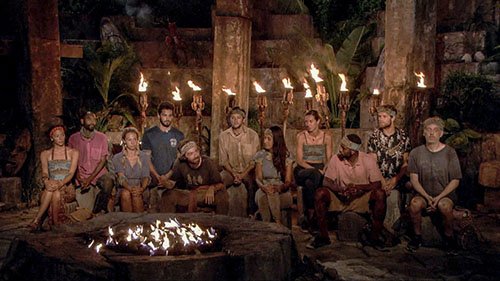 With the Thanksgiving holiday last week, I didn’t get the chance to speak withDan until today. You can hear the full interview on the latest edition of the FilmSurvivor Podcast. The full audio is available to download at the bottom of this article. Here are some highlights from the interview:

On that unbelievable Tribal Council:

Dan Rengering: [The David’s] have great poker faces at Tribal…there was no clue at all until Jeff pulled out that Nullifyer. I knew my name was coming up because Christian had told me before we left for Tribal that my name was on the block, but I was like, it’s cool dude, I’ve got an Idol. No big deal (laughs). 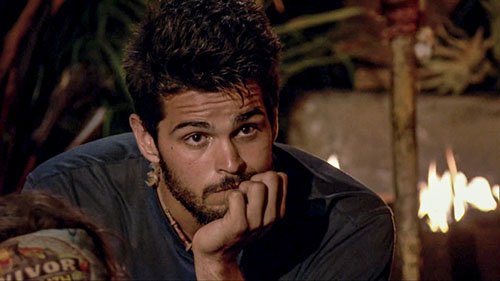 On why he had played his first Idol on Angelina:

Dan: I had told her that I was going to. It was something that I definitely struggled with, I mean, you can see that all over my face at Tribal. But I’m the type of person that if I tell you I’m going to do something, that I’m going to do my very best to get it done. So I had to do it because I told her that I would. Not only did it get rid of that Idol away from me, the one that everybody knew about, you know, it took that little bit of a target off of my back, it tied Angelina to me for the rest of the game in my mind-set, and it proves to the rest of the Goliaths that I’m here to be Goliath-strong and to take care of our alliance, whatever needs to be done. 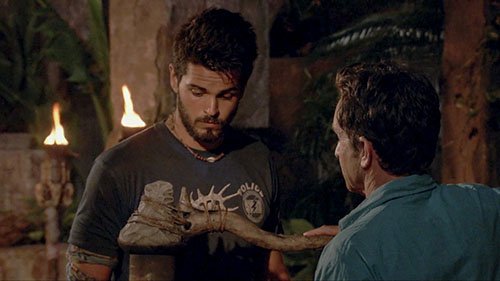 For much more from Dan Rengering, including his take on the Survivor rule book – what would have happened if he had possessed a second Idol when the Nullifyer was played? –  please listen to the latest episode of the FilmSurvivor Podcast by clicking here.

Remember! The next episode of Survivor: David vs. Goliath is THIS Wednesday, and be sure to check back here for my recap and reaction, as well as for my weekly podcast exit interview!

TELL US: WHAT DO YOU THINK ABOUT DAN’S EXIT FROM SURVIVOR?

Survivor 43 Episode 9 Recap: The Belly of the Beast

So, does anyone want a papaya? It was a giant week for Survivor, a double-stuffed episode that gave us not…
Recaps 3 months ago

It’s the new era of Survivor, but some things always stay the same. For example, the merge episode is always…
Recaps 3 months ago