Last night’s episode of Married At First Sight , was shocking to say the least. I must admit I didn’t expect any real drama until after the honeymoon. Whew, child, I feel deceived! The people you thought were there for the right reasons may be fooling everyone. Usually the snakes don’t start slithering out of the grass this early, but I am here for it. I am going to have to give a few extra people the side eye and others a temporary pass.

After waking up next to someone they met less than 24 hours ago, each spouse will meet individually with their new stranger in-laws. Then things will get even more awkward when they are whisked away on their honeymoon in Panama. Vacationing with someone is one of the greatest ways to get to know them better. I’m sure before the end of the trip, there will be some clues as to which couples we need to give the side eye. Let’s get straight to the recap! 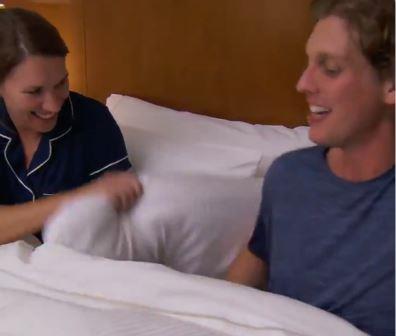 Austin Hurd and Jessica Studer continue their awkward banter on their first night alone as a married couple. Luckily for Austin, Jessica considers herself just as odd as him. These two better do something interesting, I don’t think I can handle weird giggling the entire season. Sigh!

Austin meets with Jessica’s twin sister and brother-in-law. It’s clear that her sister’s husband is looking forward to having more of his wife’s time now that she is married.  Jessica’s family wants to ensure that her partner isn’t looking just to participate in an experiment, but rather a long lasting marriage. Meanwhile, Jessica is on the hot seat under the glare of Austin’s overprotective mother. Throughout the course of the conversation, Jessica melts the heart of her new in-laws. Kudos, Jessica, I didn’t think you would accomplish that feat so soon.

As soon as Austin and Jessica enter their room they realize they have roommates, a giant insect and a lizard. Sadly, Jessica scared about their “visitors” is the most action this room is going to see. These two are so boring , they already seem to be in the friend zone. Austin you may need to make a move  soon before people confuse you for brother and sister. 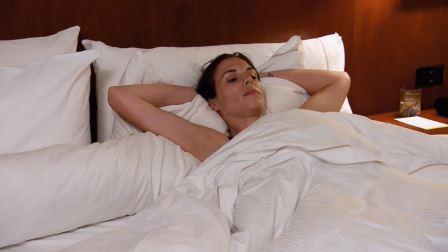 Mindy Shiben  and Zach Justice  seem to have some definite chemistry. But when she took off her makeup, he did look at her strangely. I’m not sure if that was a good or bad sign. It’s obvious Mindy is extremely attracted to her husband, I hope she isn’t disappointed when she gets to truly know him. 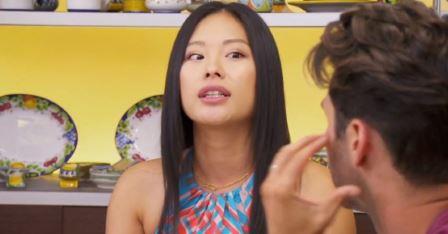 Mindy’s tactic for meeting with Zach’s family is to gain some more insight about her new husband. She is advised to remain open and vulnerable, so that he can let his guard down. Zach meets with Mindy’s sister and friend because her parents have chosen not to participate in the experiment.  I love Mindy’s friend! She is asking all of the tough questions, we want to know.  She even asked Zach directly was he using this show just for more exposure for his fitness and modeling career. Zach claims that his conscious wouldn’t allow him to marry someone for that reason. I hope he wouldn’t do that either, but it is certainly plausible. People have joined this cast for a variety of selfish reasons.

What the hell is Mindy wearing to the airport? I know the goal is to be comfortable on a flight, but never let you man look significantly better than you in the early stages of a relationship. Once they arrive at the hotel, Mindy begins to feel like Zach treats her as if they are just friends. Later, she leaves the room devastated because Zach admits that he isn’t attracted to her and questions what she intends to do about it. Wow! So, did the experts just throw the pictures in the air and decide who was matched based on where they fell? Several cast members don’t appear to be ready to be married. 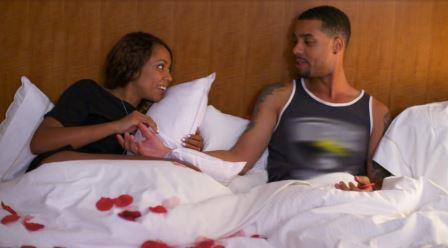 Brandon Reid  gives his wife, Taylor Dunklin a pendant as a surprise on their wedding night. It’s strange how he continues to tell the cameras how attracted he is to his wife, but not her. I still don’t get a good vibe from Brandon, something doesn’t seem quite genuine.

Taylor meets with Brandon’s family and things start off a little tense. But Taylor is so bubbly and open that she quickly wins them over. Meanwhile, Brandon is cracking under the pressure. Taylor’s family wants to be assured that she has made a good decision getting married at first sight. Of course, we know from current news, that this marriage was definitely not a match made in heaven.  I guess we just have to stay tuned to see where the cracks start to form early on.

Meka Jones and Michael Watson  are comfortable with one another right off the bat. But right now it just seems like a friendly vibe. But there is still a chance things will heat up as they continue getting to know one another.

Meka meets with Michael’s friends and family and has no issue talking to strangers. This girl has the gift of gab and isn’t shy. The women in his family advise Meka not to push him because he will shut down. She sees this as a possible red flag because she tends to push people to be better.  Hopefully she can wait until they have a stronger foundation, before telling someone what they need to do to be a better person. Michael admits to Meka’s family that he has cheated emotionally in the past. Although this does cause some concern, Meka’s mother is more comfortable by the end of the conversation.

Well the drama has begun early this season. Meka alleges off camera Michael gave her an ultimatum for sex during the honeymoon. She confronts him about the differences in his personality on and off camera. Wow, did he have us all fooled! I believe Meka, she is on the verge of tears as she expresses her frustration. Well I never expected this couple to have the first fight of the season.  Michael tries to explain his comments, as just wanting to know her expectations up front. Meka insists that on the plane he stated if they didn’t have sex on the honeymoon, then he wouldn’t feel married. Michael denies that he said that and decides to leave the room for the night to give Meka some space. Wow… that was intense. Is Michael a calculated liar or was this just a misunderstanding? 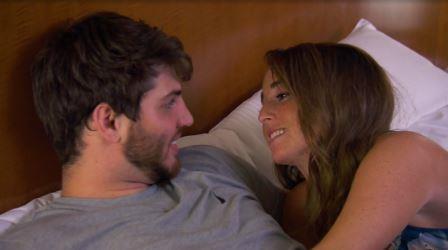 Katie Conrad pretends to be shocked by the conversation her bridesmaids had with her new husband, Derek Sherman. She definitely was well aware of the sex conversation, because she quickly points out the hotel has provided a bowl of condoms for their pleasure. Then tells him her friends planned to also tell him she was allergic to latex. Ummm…. What? Someone please give Katie some water because she is THIRSTY! Talk about laying all of your cards out on the table.  Shockingly, Derek and Katie didn’t have sex on their wedding night. Derek thought they should wait so their marriage doesn’t become a one night stand that doesn’t end. Good choice, I have a feeling Katie is a stage five clinger, so no need to risk rushing things too soon.

Katie feels pressured to make sure Derek’s parents like her because of how important his family is to him. She seems answers uncomfortable questions and puts everyone at ease. Derek is saying all of the right things to Katie’s family. He admits that he has never been truly in love and hopes to find that with his wife. Derek pulls Katie’s father aside and asks for his blessing which he grants. Hmm… maybe this couple isn’t as doomed as I initially thought.

TELL US – DO YOU THINK MICHAEL IS LYING ABOUT GIVING MEKA AN ULTIMATUM? ARE YOU SURPRISED ZACH TOLD MINDY HE WASN’T ATTRACTED TO HER? DID YOU THINK KATIE AND DEREK WOULD HAVE SEX THE FIRST NIGHT?

Married At First Sight  is definitely heating up! The honeymoons are usually when the drama begins. This season definitely doesn’t…
Recaps 7 days ago