This week’s episode of Temptation Island brought on several surprising twists. One being that the guy singles over at the girls villa are more scheming and manipulative than the main characters of Mean Girls. It’s team Blake Eyres versus team everyone else, but in this scenario there isn’t anyone to root for. At least the girl singles are all about having fun and supporting each other going out on dates. Minus Nickole Ciszak and her boiler bunny moment with Corey Sobczyk, of course.

In another twist, we left off last week with Kendal Kirkland about to cheat on his girlfriend Erica Washington with Alexcys Homan. Alexcys and Kendal were alone in his room and Kendal was ready to go. However, Alexcys surprisingly decided to put the kibosh on it. She wanted to wait a bit longer, and urged Kendal not to break her heart. Kendal assured Alexcys that she was his “number one draft pick.” So romantic. But how long will Alexcys be able to hold off? The answer…not too long at all.

With the Kendal and Alexcys drama over for now, the rest of the guys were bonding with various singles in the house. Thomas Gipson flashed his salesman like smile at Sophia Perez while he stared down at her chest. He’s a keeper. Julian Allen was all about Maya Morsi. Maya eyed Julian like a hungry shark as he told her he’s willing to accept the fact that his girlfriend Kristen Ramos might not be there for him at the end of this experience. I guess he’s officially tired of fighting for their relationship?

At the girls villa, Kristen vowed to lighten up and have fun. Erin Smith broke the news to Shaquille Urie that she is not looking for anything serious and doesn’t want to lead him on. It was good to see Erin being straight forward and letting Shaquille know what she wanted. Unfortunately for Erin, all Shaquille heard was, “So, you’re telling me there’s a chance!” But that chance was quickly diminished when Erin ended up asking Evan Mcfadden out on a date instead. 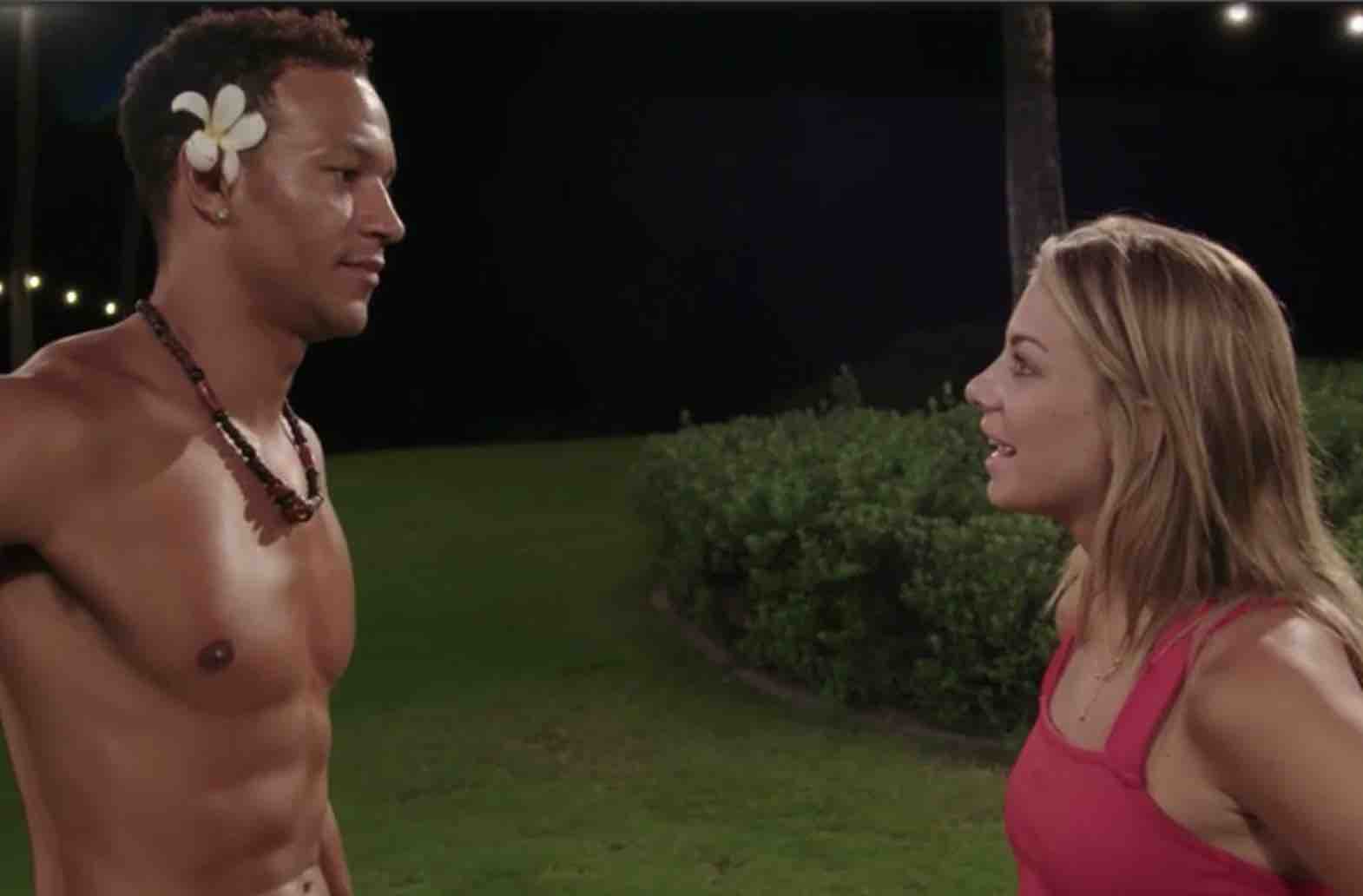 Chelsea Orcutt had a change of heart, and was no longer under doctor Blake’s spell after he tried to convince Evan that the girls didn’t want him on the island. Chelsea shared her thoughts with Tom Triola, who was impressed that Chelsea saw through Blake’s act. Tom said there’s a reason he called him, “Blake the fake.” This earned Tom a date with Chelsea. However, Blake did not take this latest development well, and teamed up with Shaquille to complain like big babies how they weren’t selected for dates. In his confessional, Blake told Tom, “F*ck you.” The mean boys war has begun!

The next day, Erica picked Jesse Stephanos for her date and they went off roading. Erica said she wanted to take Jesse’s qualities of being patient and understanding and put those onto Kendal. Sorry, but that doesn’t work on a narcissist. Chelsea enjoyed her date with Tom because she felt like they were being themselves and not being fake, like a certain dentist on the island. Erin and Kristen played soccer with their dates, Evan and Juwan Haynes. Erin appreciated Evan’s competitive side, and Kristen stuck to her word and opened up with Juwan. 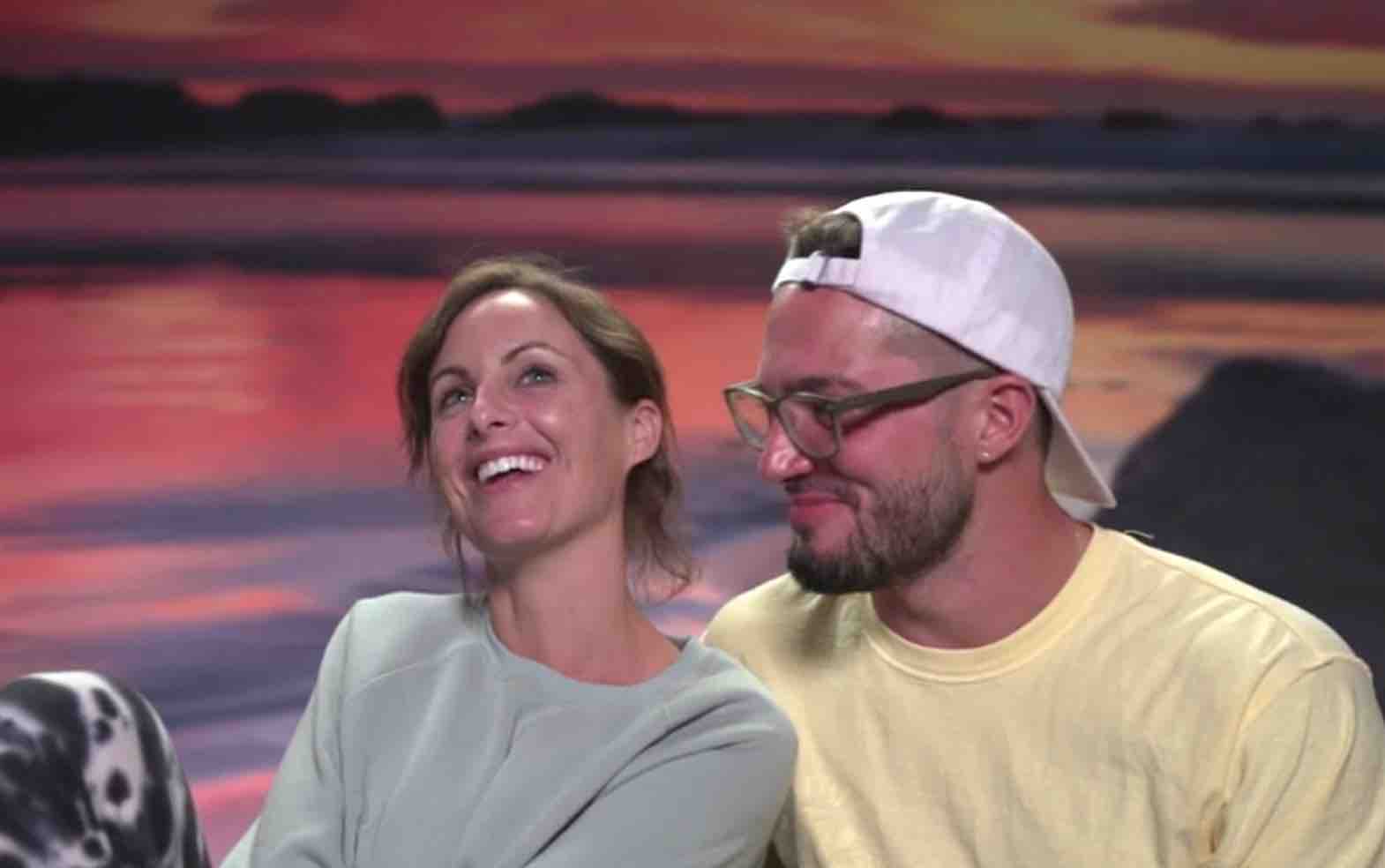 Over on the guys side, Thomas and Sophia, and Corey and Amanda Spain-Butts went horseback riding. Sophia told Thomas he deserved someone who let him be himself. And Thomas was just happy he found someone young enough to be impressed by him. Amanda let Corey know she appreciated him opening up to her and that she really liked him. I think everyone needs a Corey in their life.

The other dates went out boating. Julian talked more with Maya, who continued to give him an abnormally intense stare. Alexcys flirted with Kendal as they ate strawberries dipped in chocolate. Kendal also gave viewers a peak into his bossy side that Erica hinted about. When Kendal tried to feed Alexcys strawberries, she mentioned she didn’t want to eat them that way, but Kendal ignored her and told her that she did. Of course, Alexcys went along with it. Sigh.

Later that night at the guys villa, the girls decided to put on a talent show. Sophia licked her elbow and Nickole did the splits. Alexcys claimed she didn’t have time to prepare, so her trick was to make the first move. She promptly went over and shoved her tongue down Kendal’s throat. Hope no one was eating during that segment!

Then the real drama of the episode went down. Over at the girls villa, Chelsea confronted Blake about his fake behavior. Blake ignored Chelsea’s concerns and instead told her he had feelings for her. Chelsea said she wanted to believe him, but other people felt the same as her. Blake then started to grill Chelsea on who was “manipulating” her and said he hoped she was smart enough to see who was stirring the pot. Besides himself, that is.

Then the mean girl, ahem, mean guy gossip started. Tom was off in one corner with Evan and David Silvia talking about Blake’s fake behavior. As they talked smack, Blake asked Alex Alvarez if he thought he was fake. Which was really Blake sussing out if Alex was on his side. Alex said he felt Blake took advantage of the girls in certain situations, but it was none of his business. And we have another red flag against Blake.

Outside, Chelsea gossiped with Rocky Buttery (did he take his name from a Ben & Jerry’s label?) and Trent Jespersen about Blake. Shaquille, Blake’s only friend at the moment, tattled to Blake that Chelsea was talking with Rocky and Trent. Blake then manipulated Shaquille, and sent him over to call them out. As Shaquille ran off to the group, Blake ran the other way to “use the bathroom.” How convenient!

Shaquille claimed he was now turning into “savage Shaq” as he stomped over to Chelsea, Trent, and Rocky. Wow, Erin goes on one date with another guy and Shaquille goes nuts and acts like he’s The Hulk. Maybe Shaquille and Nickole should be introduced? Shaquille told the guys to back off from Blake, but Rocky and Trent said that Blake told them to f*ck off. However, in Rocky and Trent’s confessional, Rocky admitted to stirring the pot to make things worse. Petty mean guys 101!

Erica then decided to jump in to defend Chelsea. Erica gently tried to move Shaquille out of the way as he shouted, but Shaquille freaked out and told her not to touch him. Oh, hell no! Leave sweet Erica alone! Blake, who was literally standing right next to them, did absolutely nothing but smirk at the destruction he caused.

Finally Blake jumped in, but only to again ask Chelsea who said he was fake. Literally everyone but Shaquille has said he is fake! For someone who is the town gossip he sure wasn’t listening. Chelsea shut Blake down and told him she observed his fake behavior. Blake started to quiz others on if he was fake or not but Chelsea ended that as well. Then the drama ended (for now) and everyone decided to let loose and party. Phew! 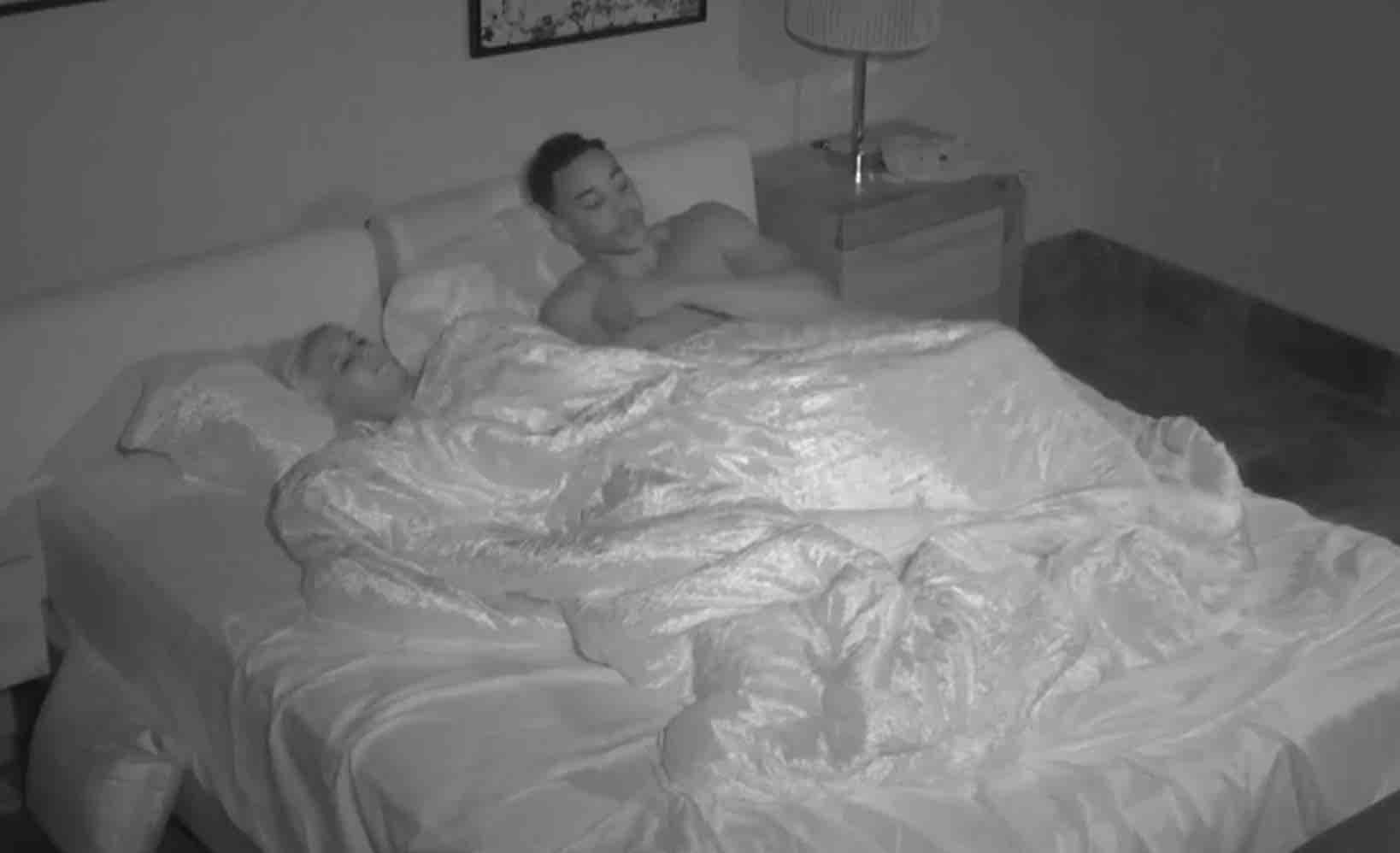 Over at the guys villa, it was way more chill. They were all having fun, drinking, and hanging out in the pool. One person that did not want to be chill any longer was Alexcys. She decided one day was enough time to wait and was ready to take things to the next level with Kendal. This time when they went up to Kendal’s room, it looked like they did way more than kissing.

Over at the girls villa, Evan showed a side of himself that he’s been hiding from Erin as well. Evan the fake? Evan and David started grilling Tom about Chelsea and if he “hit it.” Tom, to his credit, said that would depend on Chelsea and her relationship. But Evan and David got all creepy and kept pushing Tom to keep doing what he was doing and for sure he would get some. Eye roll. My fingers are crossed that Tom is a good guy and does not act like how Evan and David are. Erin needs to run across the island away from Shaquille and Evan and get back with Corey ASAP.

And with that, it’s bonfire time. Kristen is shown footage of Julian telling Maya she’s the only one in the house that is still trying to get to know him. Kristen was undisturbed by the footage, but Mark L. Walberg is a master at pushing the needle. He got Kristen to admit there was a bigger event that happened in her life that made her hold onto her relationship with Julian even though he cheated on her several times. There’s a lot more going on with Kristen than she lets on, and I hope that she gets the help she needs. 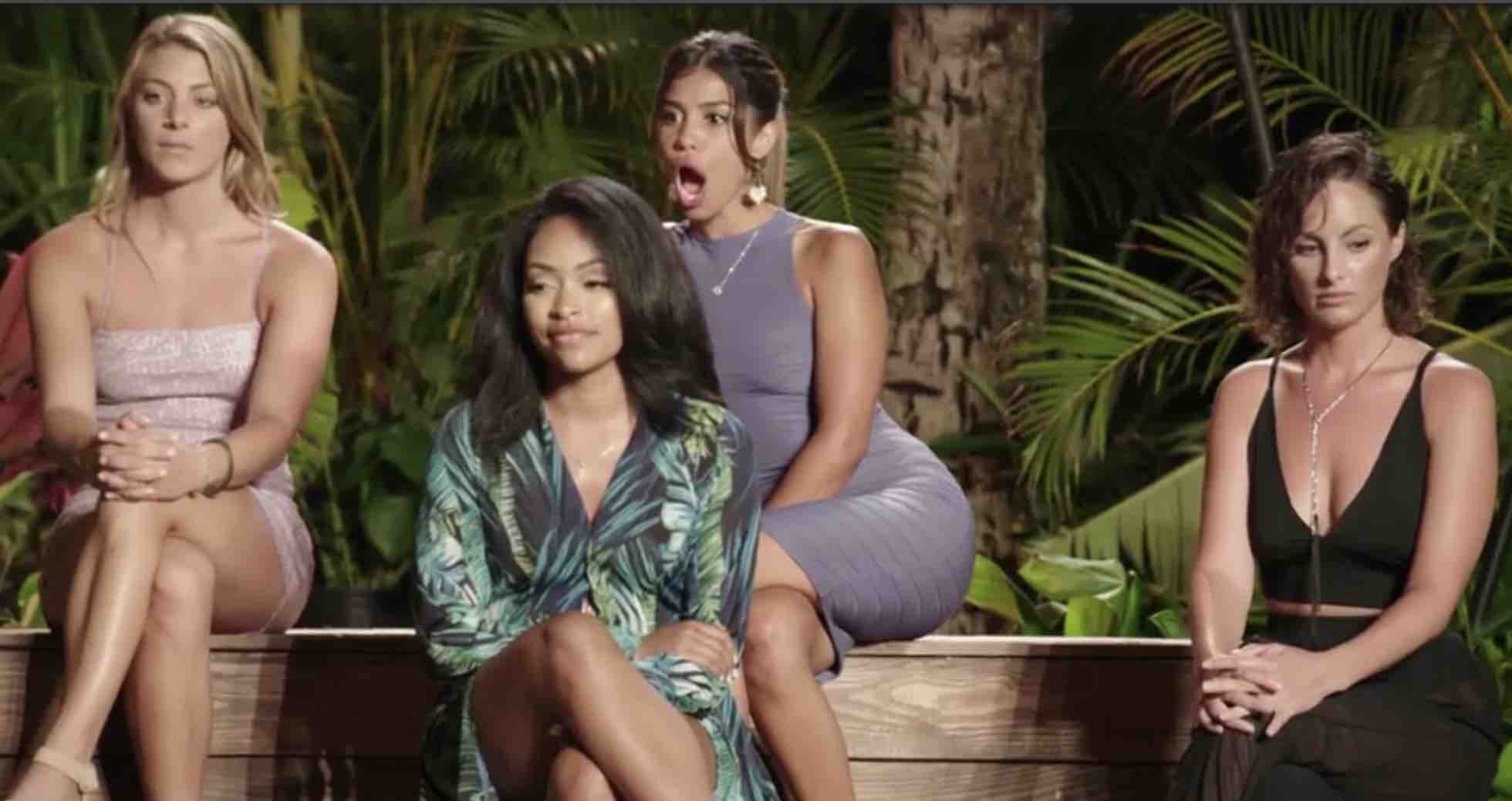 Erin was shown footage of Corey and Amanda bonding over his opening up to her. Erin was not happy to see her boyfriend forming a connection with someone else. Erin realized she needs to open up to Corey if she wants to keep her relationship. Chelsea saw Sophia give Thomas a kiss on the cheek. Chelsea noted if she doesn’t see growth in Thomas, maybe they aren’t meant to be together.

Lastly, we have Erica. Erica wasn’t shocked at all as she watched Kendal and Alexcys hook up. Erica shared that she had made a promise to herself that she wouldn’t be in another relationship with a cheater, but she had made an exception for Kendal who did cheat on her. And to no surprise, Erica said that Kendal manipulated her into feeling like she was irrational for being upset about it. This guy is a zero ladies! Erica was clearly upset, but more at herself for being with another guy that didn’t respect her feelings. Erica said that she’s not vindictive, but if she decided to do something with one of the singles, she’s going to do it. Please just don’t let it be with Evan or Blake.