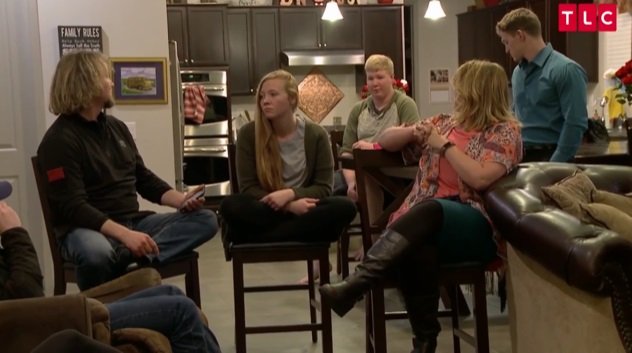 Happy Monday, friends! I know it’s technically February, but the Sister Wives have made it feel a lot like March the last few weeks if you catch my drift! After opening their arms to Mariah’s girlfriend as Meri and Janelle fearfully (yet somewhat open minded-ly) participated in the women’s march on Washington, the focus has turned to a much more important cause as far as Kody Brown as concerned. He wants to make sure polygamists are granted the same civil rights as everyone else…including homosexuals who seem to be on a cake walk according to Kody.

In a tizzy, Kody has enlisted Christine to call together the wives. The law suit that the family brought against Utah in the wake Brown crew being forced to flee Utah for the Vegas cul-de-sac compound has been dismissed. Janelle, Robyn, and Meri are extremely emotional and ready to fight for their rights. Christine and Janelle are fearful to move back to Utah, and all of the wives cite they have been the most public polygamists fighting for their plural family. Most other polygamous families maintain in hiding. There is a new bill scheduled to be heard which makes how they are living a felony in Utah. Kody is ready to march on the state house to make sure this bill isn’t passed.

Christine isn’t keen on marching given the potential to get arrested. What could happen to their children if they go to jail? Kody argues that his family shouldn’t be persecuted just because one sect is embroiled with sexual abuse. Prosecute the sexual abusers, not the loving families that practice polygamy. Janelle and Meri are supporting Kody by marching, but the verdict is still out for Robyn and Christine. They are so worried about the kids, and after Kody brings them in for a group prayer, she starts sobbing. She can’t not march, but she is terrified.

Kody and his wives set up an appointment with their attorney. They want advice on what could happen if they march with their friends. How can they ensure that their children will be cared for by the rest of the family? He recommends durable powers-of-attorney so their wishes are carried out in the event of arrests. Christine is hopeful that Robyn will stay home to avoid incarceration and play guardian to the rest of the kids. Robyn hates that she has to be left behind, but she needs to tend to King Solomon and her new baby. Sorry guys!  After devising their marching orders, the family is summoned to garner interest for the rally. Christine wants her children to march as well to prove to naysayers that her family is successful and well-rounded. 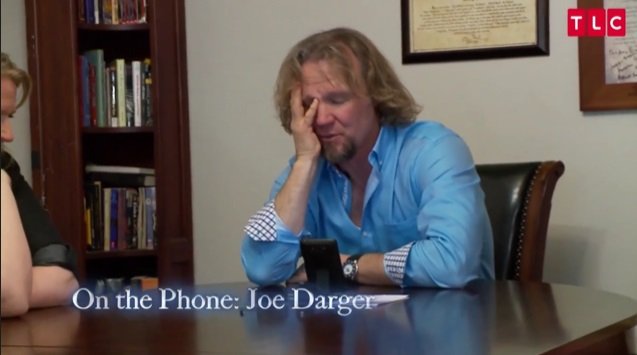 Robyn’s son Dayton questions how big the march will be, but Christine and Robyn recognize that so many people in their community won’t march out of fear. As the camera spans the den, I spy a Logan! Ysabel wants to know the potential for the parents to be arrested. Aspyn volunteers to join, but Paedon doesn’t want to march without giving a reason. He simply doesn’t want to go. Kody doesn’t want to push the younger kids, but Paedon is older. Robyn interjects that she’ll be staying behind to watch the kids in case anything goes wrong. Maddie and Caleb are also undecided. It is obvious Maddie really wants to go, but Caleb has reservations. At least Maddie is following in her parents’ footsteps by making sure she’s in a relationship where the husband has the final say! While polygamy is against his beliefs, he finds the family to be pretty awesome. That said, he’s got his in-laws’ backs. Christine feels overwhelmed by Caleb’s sacrifice. Kody likens it to his religion not agreeing with same-sex couples, yet he still supports their rights. Kody then shames Paedon with words of pride, willing him to change his mind. Meri admits Mariah is still undecided on this march.

The older kids recall the fear before the move to Vegas. Maddie and Logan were old enough to recognize the repercussions, but Paedon reveals the move caused several dark years for him. He now realizes his parents’ motivations, but it is difficult for him to go back to Utah and relive those memories. Christine crosses her fingers that Paedon will change his mind. No dice. She chides him that he would be a powerful speaker for the cause, but he finds it to be a lost cause. He supports his parents and thanks his mother for not forcing the issue. Christine dumps her POA paperwork on Robyn and reflects on their now strong relationship after years of struggles. Robyn is trying to put on a brave face, but she’s concerned the adults will be arrested. Dayton is going to attend, but at least she can keep Solomon safe. 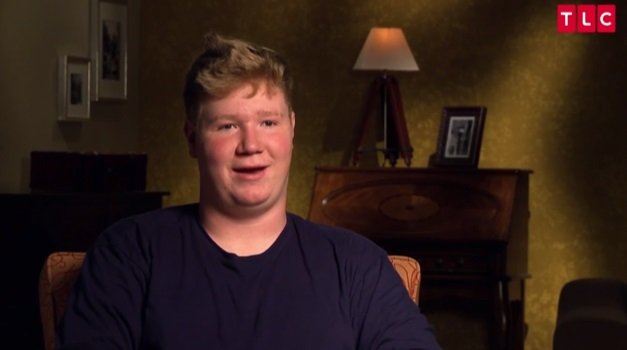 Is it just me, or are Christine and Kody bonding more than ever? She tells Kody of Paedon’s decision, and he spins it positively by saying it’s a testament to their wonderful life in Nevada. Kody is on his soapbox with Janelle, and she is trying to tune him out as his mane gets more and more heated. Janelle and Christine recognize that many people from their church will not partake because they do not want to rock the boat. If there isn’t a large crowd people will wonder why polygamists even bother. Kody gives an impassioned speech about wives needing to have strong love for their husbands while fighting back tears. Also trying not to cry is Robyn as she sends Dayton to the march. She has a very detailed punch list for lawmakers. Don’t talk to the men, talk to the women that are supposedly being victimized. Talk to the head of TLC who is really trying to mainstream polygamy with a ton of new plural family shows. It’s the norm! Robyn is very passionate about the families who are too scared to march. Umm…

A tearful Robyn bids farewell to Kody and her sister wives (and the slew of kids they’ve enlisted to join them). The cul-de-sac compound is going to be lonely for a few days. Robyn will probably want to hit up Meri’s wet bar to help pass the time. A very peeved Kody and family swoop into Utah under the cover of night. He’s fuming at a one-time threat from the Utah Attorney General who said he could arrest Kody if he ever re-entered the state. The Browns convene on the home of the Dargers with a bunch of other polygamists. Wait, didn’t this guy have a failed TLC season with his group? I can’t keep up with all of TLC’s polygamy teases. Oh! And there’s the man who has attempted to tame April on Seeking Sister Wife! Do you see him?? He’s right there behind Kody as that lady speaks about a gross d-bag exposing himself to her at a young age and how she was afraid to tell her family for fear they would get in trouble.

The gathering discusses the polygamists who are scared to come forward, and Angela (Seeking Sister Wife!!) speaks up about how it is a civil rights issue. Joe Darger realizes that it is hard for other groups to be supportive of their rights because they haven’t been tolerant of minority or gay rights. He urges the group to be inclusive and stand for all liberties. The group needs to band together to stop the abuse in the other sects of polygamy. Everyone–monogamists and polygamists–are against child abuse. Kody is fearful that this small group is the extent of this rally. The following day, the Browns are a bit bummed by the small turnout. However, the family is surprised by Mariah, her girlfriend, and their friends. Meri breaks down in tears. She knows this is Mariah’s olive branch for them working on their relationship. 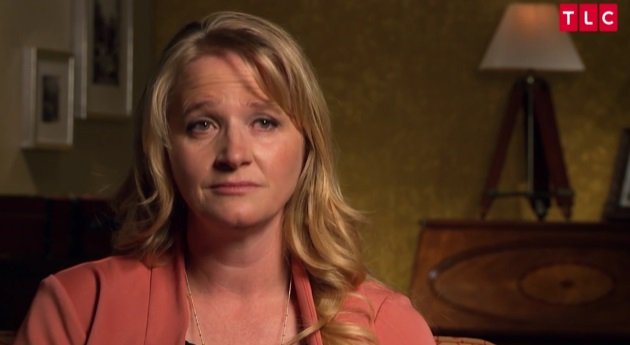 Mariah is put off by people rallying against their movement. One person holds a sign that reads, “If you were gay, we’d be okay” but Mariah calls bullshiz on this sentiment, and I have to agree. Caleb is on the lookout for cops waiting to arrest them. Joe arrives and surprises Christine with the notion she’ll be giving a speech. After her solo at Mykelti and Tony’s wedding, anything is possible for Christine. Joe gives a powerful speech and a drenched Kody is screaming his support. He cites them as alternative families, and you know what, you do you if it doesn’t affect me. Joe chastises abusers in the polygamist community.

Other speakers passionately remind the crowd that you can denounce the abuse without denouncing your belief system for plural marriage. Christine is called to the stage, and in pure Christine comic gold, she breaks the mic right off the bat. She speaks from the heart, and again, I’ll say, I want whatever is Christine’s medicine cabinet. Ysabel is extremely proud of her mother. Janelle is very proud of her sister wife. I have to give serious props to Christine on her speech. She reiterates that by trying to silence the happy polygamists, the law makers have stolen the voice of those suffering from abuse. Caleb raises the roof for Christine’s courage and Meri expresses her gratitude to Mariah and Audrey for joining the cause. As the protesters gather for dinner, the family rehashes the day. However, the bill that the family was marching against was passed, and Kody and his wives feel defeated. The fight is not over for the Browns.

TELL US – WHAT DID YOU THINK OF LAST NIGHT’S EPISODE? WERE YOU SURPRISED THERE WEREN’T MORE PEOPLE AT THE MARCH?