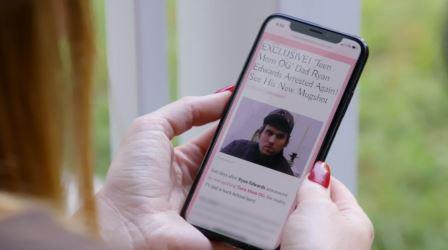 So originally when Teen Mom OG announced that Farrah Abraham would finally be off the show, I much like the cast and many fans rejoiced and thought MTV finally gave this crazy woman the boot. THANK GOODNESS!!!! But now I’m realizing, there was nowhere on earth to find one person we hate that much, so they just found two people that together would annoy us with their story lines. Ugh, there is just something about both Bristol Palin and Cheyenne Floyd that gets on my nerves.

From the last episode, where Cheyenne had her rear end out at a family event and Bristol, who shows more emotion about a bedroom than her husband who suffers from PTSD, I don’t know who is more irritating. 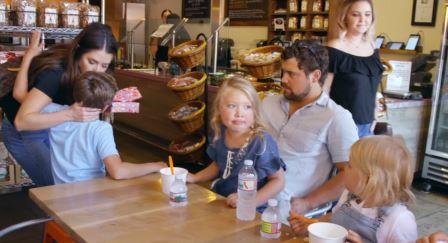 Bristol hangs out with Tripp and her mom for a fun day racing go carts, while there they discuss the divorce and Dakota moving her into the guest room. Apparently, she is still appalled that Dakota dared to accept they are getting a divorce and thought separate rooms may be appropriate. She even whines to her mom “What if Tripp came home and saw my stuff in another room”.  Ummm… I’m sure since you are getting a divorce he will see you in not only another room but a different house, so not understanding why that is so reprehensible. From watching the show they seem to voice their problems freely in front of their children, so I think the only surprise is that it didn’t happen sooner.

Bristol’s ex, Levi Johnston is coming to pick up Tripp for the summer, so he doesn’t have to witness the drama with Dakota. On the way to drop off Tripp to his dad, even Tripp acknowledges how awkward the meet up will be based on his parents’ relationship. They get there and I’m actually shocked Levi seems to have really grown up and even has a wife and a whole family.

Bristol calls Dakota and tells him she is coming home and questions where her equity check from the house is so she can start fresh in a new house. Although, Dakota seems like he is really trying hard to be amicable you can tell its paining Bristol to even have to speak to him, let alone have to be in the house with him. They both get off the phone and talk about how the other can’t seem to be cordial and mature about the situation. 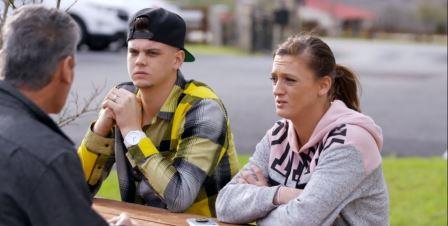 There is still tension between Tyler and Catelynn because she is still unsure if she is ready to start couple’s counseling. They make a trip to visit Butch in treatment; he is in the stage in his program where he makes amends. Tyler has to be honest during the process and tell Butch what he needs to make it right. Catelynn, girllllllll… If you know what is best for you, you will decide to go to couples counseling before Tyler goes to the store one day for milk and never returns. It has to be hard to have to take care of EVERYONE in your life including the adults.

Cameras weren’t allowed into the meeting with Butch, but Tyler was shocked at how much fault Butch actually owned, but he is unsure if he is going to change. I’m glad Butch is in treatment and I am really rooting for him, but honestly, if he falls off the wagon again it may be time to just let him hit rock bottom and figure it out on his own. Butch has to want to be better more than his family wants that.

Butch and his kids have a follow up meeting with the counselors and he talks about how hearing about Tyler’s suicide attempt made him feel as a father. They all discuss what they need to move forward. I thought this was a nice moment, because in previous seasons it just seemed like everyone acted like Butch’s issues were just normal and they just dealt with them. This whole family needs some serious counseling as a group and to take some accountability. 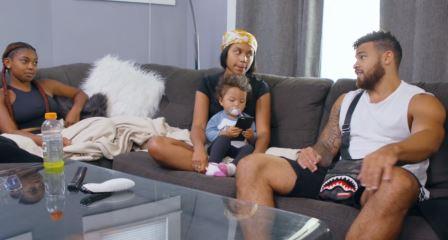 Surprise…Another day and another fight in relation to Cory. There is tension with Cheyenne and Zach because Cory will be hanging out with the family while Zach attends an event with his dad. Even Cory comments that Cheyenne doesn’t invite Zach to anything. Zach clearly thinks he was pushed into going to the event in order to be cheated on again left out. Honestly, this is starting to get really annoying. If Cheyenne didn’t constantly run interference every chance she got, Zach and Cory could actually get along and figure things out. But of course, that would ruin the chance to continue using them both.

Cheyenne meets up with her friends to catch them on the recent argument with Zach. Apparently, when Cheyenne came back home from her date family outing with Cory, he was drunk and angry he was left out. After an argument where Zach called her weird and a b, she broke up with him and kicked him out the house. It doesn’t take a psychic to tell this relationship is doomed in more ways than one.

When Cory drops off baby Ryder, Cheyenne updates him that she and Zach have broken up. Of course, much to his delight, Cory reinforces that he is happy he is no longer lives there and jokingly (yeah, right), asks when he can move in. Zach, if you know what is good for you, run like the wind!!! 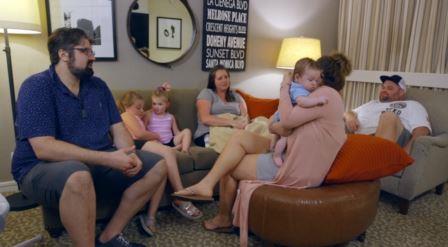 Gary brings the family out to LA so Leah can see her mommy and they can all have some fun in the sun. I love how far they have come in their co-parenting relationship. I remember the days where Amber and Gary couldn’t have a conversation without arguing and threatening one another with custody battles.

Gary and his wife Christina offer to watch baby James for the night so that Amber and Andrew can have the night off.  Christina suggests the next day that her and Amber to take the girls to have mani’s and pedi’s. Amber at the last minute, decides that she wants to have some alone time with Leah to go parasailing, so she ditches the plan with Christina and still wants her to watch the baby. It was clear that Christina was disappointed and even asks Leah was that okay with her, that the plan changed. You can tell Gary is uncomfortable and doesn’t want to face the wrath of Amber if Leah decides she doesn’t want to go alone with her mom. Personally, I think Christina is really nice, but come on… Amber hasn’t hung out with her daughter in a long time, couldn’t you try to understand and not make a 9 year old make the final decision because you are bummed??? 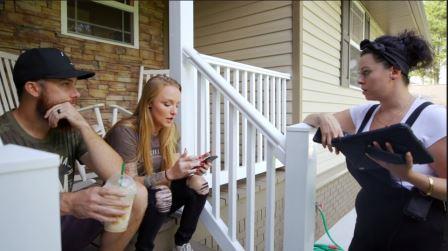 While helping Bentley with his homework, Maci gets a text alerting her that Ryan got arrested again for violating probation. Well, there is no shocker there… Did anyone really believe the train wreck that is Ryan had miraculously had turned over a new leaf.

Maci has a talk with Bentley about Ryan’s arrest so that he wouldn’t hear it from anyone else. Ryan’s parents are concerned about their son, but they are more worried about Bentley and Mackenzie, Ryan’s wife. They have an open discussion with Bentley during his visit, where they answer his questions and lie to console him and say Ryan is still sober but just made a mistake.  Hopefully for Bentley’s sake his dad gets his act together sometime soon.

This episode was just okay, it didn’t give us anything really new, just a follow up on what we have already been seeing. Although, I am not the biggest fans of Cheyenne and Bristol at this point, I am not going to completely lose hope, but… the side eye is eternal right now. There is still a lot of season left and maybe they will redeem themselves in some way before it’s over.

TELL US – DO YOU THINK TYLER WILL FORGIVE BUTCH FOR THE PAST? DO YOU THINK CHEYENNE AND ZACH WILL GET BACK TOGETHER?

For all you MTV fans, you’re likely very familiar with Cheyenne Floyd and Cory Wharton. The two met many years…
Reality News 1 year ago

Since Tamra doesn’t have a storyline, For some reason, Ryan Vieth has been on Real Housewives of Orange County a…
3 years ago