Excitement is in the air and emotions run high as the wedding day begins for eight hopeful singles. One bride discovers her groom’s identity, before she walks down the aisle. The chemistry heats up for some participants. From the looks of things, this season is definitely going to be interesting.

I have been to many weddings in my day. The movie 27 dresses may have actually been written about me many years ago. But last night’s episode of Married At First Sight contained one of strangest weddings I have ever witnessed. I celebrate individuality, but you cannot leave something like that on a cliff hanger. I literally was sitting on the edge of my seat staring in wonderment. Let’s get straight into the recap! 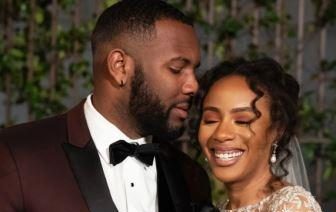 Karen is on the verge of fainting. She doesn’t know whether to run or just get this over with. I feel so bad for Miles, he has no idea his fiancé has already labeled him as “not her type.”  After receiving an accidental text from production, Karen stalked his social media to glean as much info as possible. Once she his videos on social media, she thinks he is too sensitive for her. It’s really true nice guys, do finish last with some women. I’d rather marry someone in touch with their emotions, than a jerk. After meeting at the altar, its obvious Miles just wants to make his wife comfortable. It doesn’t seem to work because Karen starts crying uncontrollably like she is being held at gunpoint. Ugh… there is always one every season.

There isn’t a dry eye in the house while Miles delivers his vows. Karen manages to pull herself together quickly and finishes the ceremony without further incident. When the two have a moment alone, she eventually admits that she had a head start in getting to know him. But she fails to mention that she also had a meltdown, just moments before walking down the aisle. Thankfully his chivalrous, laid back nature puts her more at ease. The wedding photos are a bit awkward, which is to be expected. They literally just met and have to give the appearance of a happy couple. During her reception, Karen is finally able to relax and have fun. Hopefully she continues to let her guard down and gives Miles a real chance. 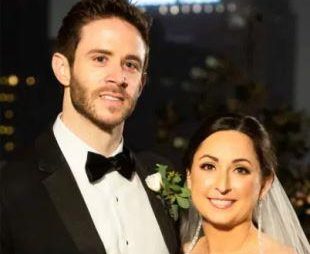 The next couple to walk down the aisle is Olivia and Brett. Sigh! She seems like too nice of woman to marry this loser. Brett is already the show villain after just one episode. Olivia sends a sweet gift to her groom, before the wedding. She named a star “leap of faith” in honor of their marriage. Meanwhile, Brett and his friends laugh about his new wife needing to be able to deal with them picking on people constantly. What were the experts thinking? The red flags are furiously waving in the wind. Everyone seems pleasantly surprised when they see Brett walk down the aisle. Little do they know, who poor Olivia is about to marry. I really hope Brett went to sleep and morphed into a mature adult. I doubt it, but one can only hope. Olivia looks beautiful as she walks down the aisle. There is so much hope in those eyes, too bad it may be gone very soon. His family literally warns her he is loud, sarcastic and has no filter. After the wedding, Olivia is literally shivering outside while they get to know one another. Brett doesn’t even offer his jacket, despite acknowledging she looked cold. But they manage to bond over their shared love of cats.  Brett is clearly extremely uncomfortable, but reveals in a post interview his new wife is definitely his type. 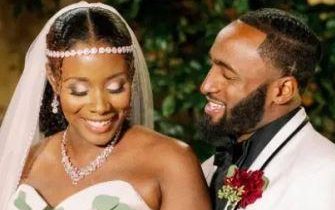 Amani and Woody are the third couple to jump the broom. He is in good spirits and excited to finally meet his wife. The jury is still out on this guy. I can’t tell if he is serious about this experiment or not. Amani hopes her husband isn’t “too much.” Unfortunately, I think that may be just who she is getting based on his personality and clothing choices. Amani has suffered several heart breaks and hopes this relationship will prove to be different. As Amani prepares to walk down the aisle, the reality of the situation finally hits her. I love how supportive her family and friends have been throughout the process. On a side note, who did Amani’s makeup? She is a beautiful woman, but they managed to make her look older. When we were first introduced to her, she looked young and fresh. Despite, the makeup these two still make a handsome couple. The ceremony was very sweet combined with a few laughs thanks to Woody.

When Amani and Woody get a moment to themselves they are able to talk and laugh easily. They are both are attracted to one another and seem to balance each other’s personalities. There is definitely some chemistry during the wedding photos and reception. Amani’s male best friend gives a loving toast and some helpful hints for the future. Woody’s cousin brings him to tears with his heartfelt speech. Okay Woody, I may have to change my opinion on you. This couple may have just went up a notch on my likability scale. 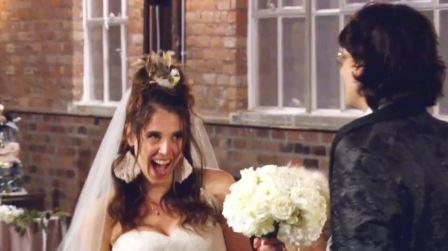 Amelia and Bennett are hands down one of the most interesting couples that have ever been on this show. Amelia looks completely different from the woman we initially met on her wedding day. I actually think if any man will appreciate her “bird nest” chic style it could be Bennett. Before the ceremony, he has a pebble he found in Mississippi delivered to his bride who gushes over the unique gift. Insert side eye here. Meanwhile, Bennett tells his groomsmen he is most excited to be intimate with a woman after a six month hiatus. Cue his mother who is just as interesting as her son. She immediately goes into mommy mode lecturing him about his messy hair and dirty tube socks. Sadly, everything she said was true. Production, you guys couldn’t get this man some dress socks? Then she stares intensely at him while talking loudly about how strange it is that her son will be married soon. I don’t know how the experts found two people that are just as amazingly odd.  This match just might work out.

In one of the weirdest displays I have ever seen, three laughing veiled bridesmaids unicycle down the aisle. Umm… okay, that’s different. When Amelia walks down the aisle, Bennett and some of his friends seem genuinely shocked. Who can blame him, the woman looks like natures version of Carrie minus the pig’s blood. Uh, oh!  Apparently, these two have met before. I don’t know if that is a good thing or not.  I’m guessing it’s not, from the look on poor Bennett’s face. Amelia on the other hand seems to be completely on another planet. I can’t wait to find out this backstory. I need to know how these two know each other and what that means for their marriage.

TELL US – WHICH IS YOUR FAVORITE COUPLE SO FAR? IS THERE ANYONE YOU THINK WASN’T MATCHED WELL?