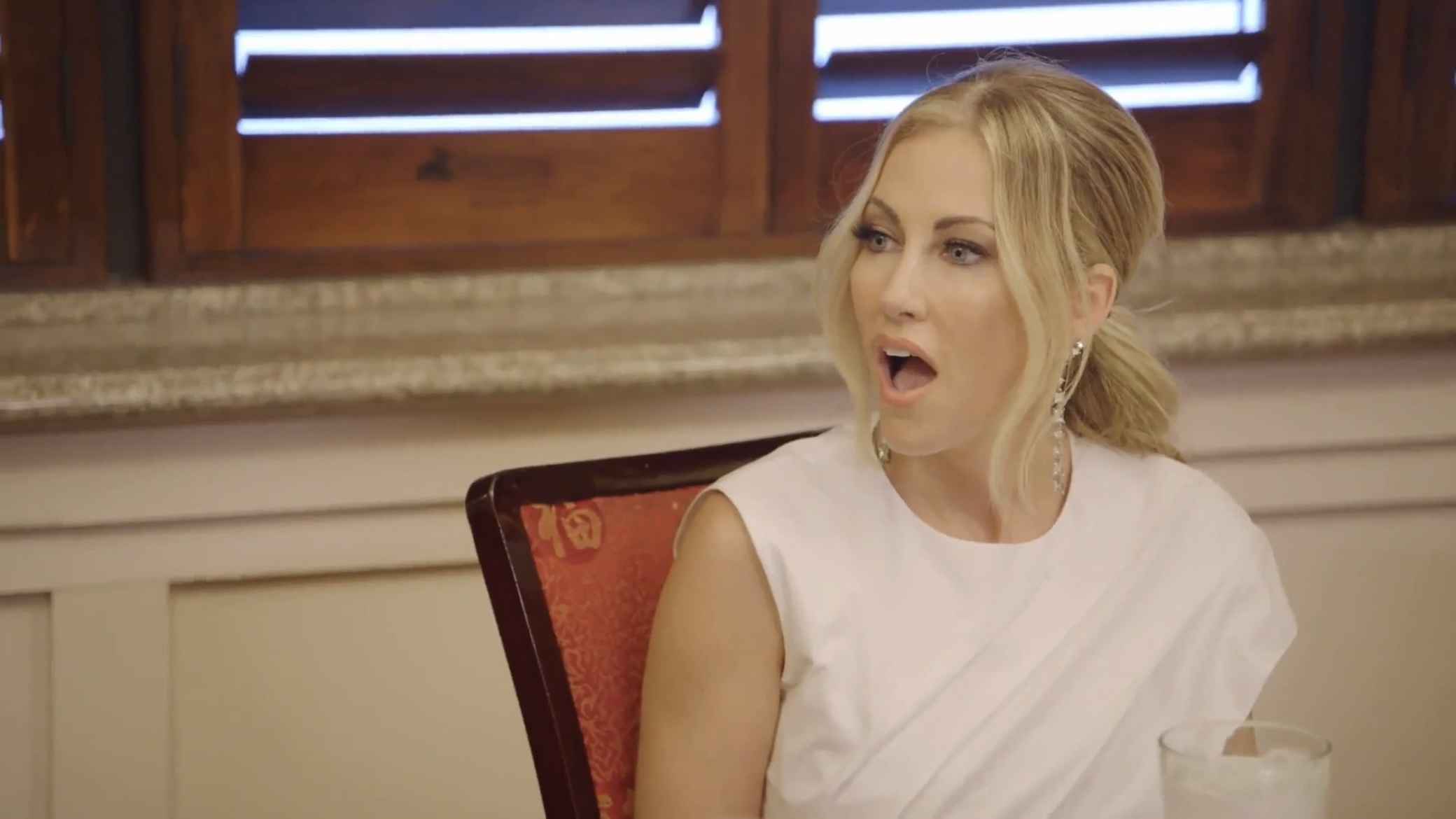 It’s nearly impossible for a Real Housewife to get a “good edit” every single season. Usually, if that’s happening for too long, the cast member would just get fired. Usually the words “good edit” equate to “boring.”

However, Stephanie Hollman manages to be entertaining while being the sweetheart of Real Housewives of Dallas. The OG cast member has been going strong for five seasons now. Well, now there’s some gossip about why she’s coming across so well on the series.

The Bravo Bitch tweeted a screenshot from an Instagram Story posted by the account Asians Who Watch Bravo. This is what the story said, “So I have a little intel from I’m telling you a very reliable source. The reason Stephanie is always given a good edit and [why] producers always ask her good questions is because…. drum roll….. she owns part of the production company that produces RHOD.”

This same person said, “That’s also the reason why Brandi [Redmond] gets a sympathetic edit and wasn’t fired. Stephanie specifically said she would quit filming if Brandi didn’t get to come back and that would obviously mean the production of the show would be heavily underfunded.”

And to top it off, the IG Story said, “There’s also this other rumor running around that they had this whole plan to go after Tiffany Moon from the get-go.” And it ended with “PS the source is not Tiffany.”

Bravo enthusiast Christian Gray Snow tweeted that Stephanie’s husband “Travis [Hollman] bought into Goodbye Pictures before Season 1. It’s why we never see a bad edit of Stephanie and why brandi is back this year. It’s also why we saw the takedown of LeeAnne [Locken] the way we did. I love Steph but I’ve known this for years. #RHOD.”

Stephanie saw this post and shared a few comments of her own. Stephanie wrote, “Hate to break it to ya but unfortunately he doesn’t own ANY part of ANY production company either. Could you imagine if he did? It would be the Real Travis Hollman of Dallas… with a spin off.”

She told an Instagram user, “I think it’s hysterical. Unfortunately it’s not true.”

Once and for all, Stephanie clarified that she’s “not lying,” writing that she has “nothing to hide there because it’s simply not true. Neither Travis nor myself have any ownership in anything to do with the show.”

Wouldn’t it be easy to prove if Travis invested in this company? Where are the receipts? Literally. Show me the receipts.

RELATED: Real Housewives Of Dallas OG Cary Deuber Says Brandi Redmond “F*cked Her Over Too Many Times” & Stephanie Hollman Dumped Her As A Friend Because She’s “Not Important Anymore” & “Can’t Be Manipulated Anymore”

I’m gonna be honest here… I’m very bitter and still not over the cancelation of Bravo’s Real Housewives of Dallas.…
Reality News 4 months ago

Jen Shah’s Rental Home Is On The Market For $7.6 Million

The Shah Chalet is up for sale! Jen Shah has been forced to turn her attention to her trial at…
Reality News 7 months ago