Temptation Island is back in action with season three! For those new to the show, four couples who are at a crossroads in their relationship, arrive on a tropical island to be tempted by singles in order to see if there is someone else better for them. At the end of the season, the couples will decide if they want to stay together, leave alone, or leave with one of the singles.

And this new crew has a lot to live up to, as last season was completly unpredicatble. Spoiler alert, all of the couples except for one ended up separating!  At the final bonfire, several people got their groove back, and bravely ended their toxic relationships. But then during the shocking reunion, most of those who said they were happier alone or with someone else, had come crawling back to their old partners. And the couple that did leave together, broke up. Will this new group have the same grim outcome? Or will there actually be some happy endings this time?

Before we can get to the end, we have to start at the beginning. All of the couples started off by giving a little history as to why they are putting their relationships to the test. First up is Chelsea Orcutt and Thomas Gipson. They seemed all lovey dovey, but apparently Thomas is too flirty for Chelsea’s tastes. Another red flag, this is Thomas’ first committed relationship at the tender age of thirty-seven. Chelsea’s goal is to put Thomas to the test to see if he will, “keep it in his pants.” 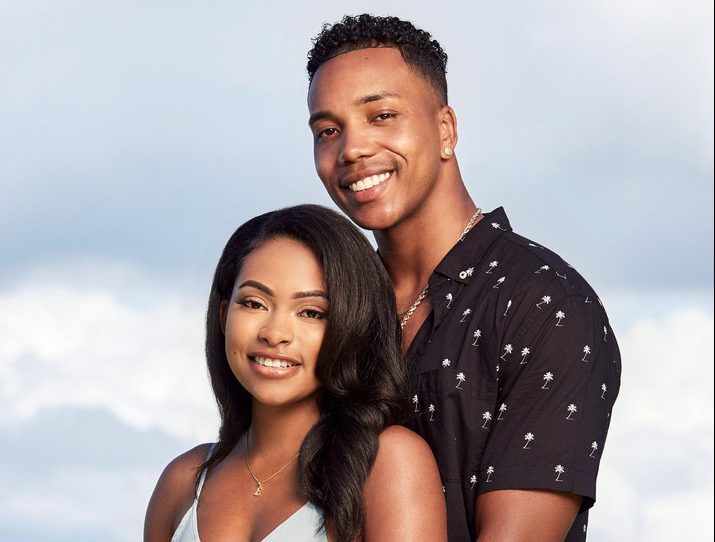 Erica Washington and Kendal Kirkland come across as good partners in crime, however Kendal strives for perfection in all things, and isn’t happy that Erica doesn’t do the same. According to Kendal, Erica isn’t hitting all of her “goals” like he does, so he is having doubts she is the one for him. Erica just wants Kendal to appreciate how she cares for him, instead of constantly judging her efforts. Erica claimed, who else is going to make his food and iron his clothes at four in the morning? Good point.

Kristen Ramos and Julian Allen have been together the longest out of all the couples at eleven years. Still, Kristen isn’t quite ready to fully commit to Julian because he was unfaithful. Kristen stated she doesn’t want to be taken for a fool if he cheated again, and she is ready to let him go for good if he does. 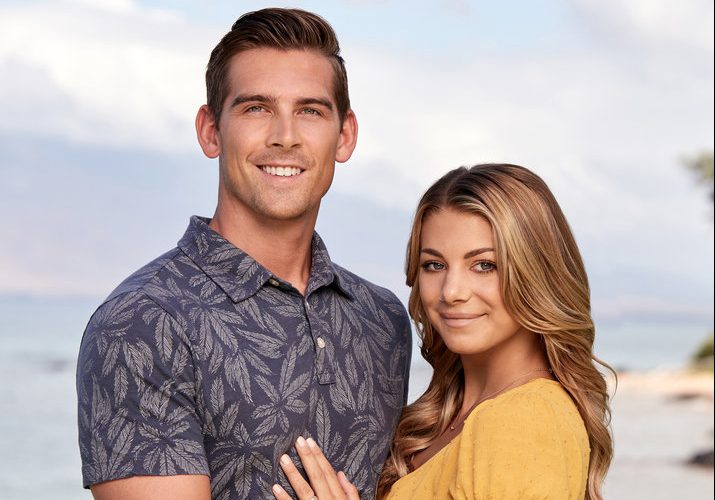 Out of all of the couples, Erin Smith and Corey Sobczyk seemed like they were better off apart right off the bat. Erin said she and Corey are complete opposites. She’s crazy and outgoing, while Corey is introverted and “safe.” Contrary to what they say, nice guys finish first, Erin! Corey feels insecure in their relationship because Erin used to be a professional athlete who dated football players, and he doesn’t fit her typical profile. It will be interesting to see if Corey will come out of his shell, and if Erin will regret her decision to bring them onto the show.

On the island, host and couple whisperer, Mark L. Walberg, walked the couples over to their new abodes. Kristen told Julian, “Nothing bad’s gonna happen, right?” Oh Kristen, you do know you are on Temptation Island? Mark immediately started putting the couples on the spot to explain why they are there. And we all know this info will be used to fan the fires during future bonfires. Mark reminded the couples that the singles are here to find love too, and they need to be open to that possibility as well. The couples cheers to new beginnings. 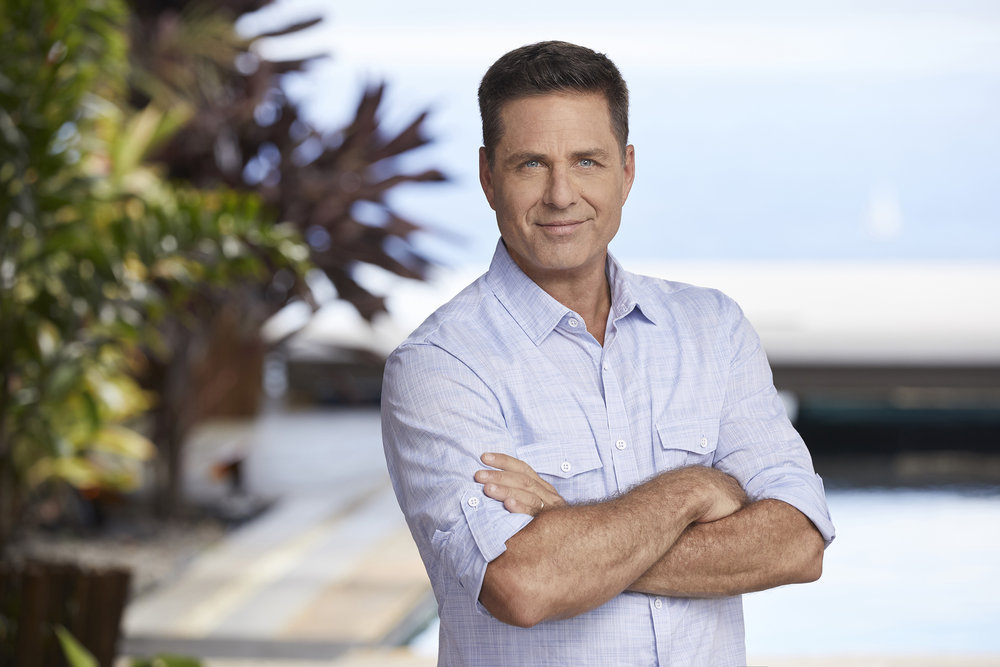 And that new beginning lead right into dramatic dark lighting and music, as the singles slow-mo walked onto the stage. Kendal immediately started drooling as Lauren “Tula” Poindexter stated she’s a former Miss Louisiana looking for her king. David Silvia tried to impress the ladies by smacking his own butt as he left the stage, and Lex Lindquist called out Kristen as the one for him. That struck a nerve with Julian, who immediately insulted Lex’s height.

Erin got jealous of Katrina Kooman, a former athlete and model. Corey kept his cool though, and didn’t show interest in Erin 2.0. Personal trainer, Shaquille Urie, made a splash with all the ladies as he ripped his shirt open for a peak of what they get if they choose him. Alexcys Homan told Kendal she was coming for him. Erica then warned Kendal, “Don’t drop a dime for a nickel.”

The next morning, Mark informed the women they are going to hang out with the guys all day. Chelsea predicted it was going to turn into a frat party, and she was right. The group immediately started drinking shots. It’s 5pm somewhere, right? 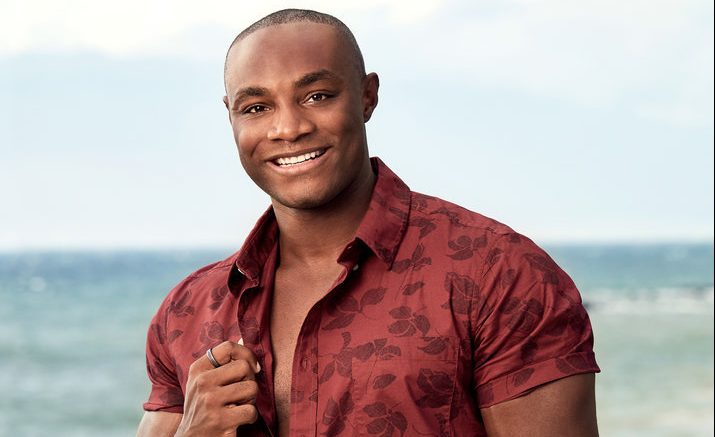 Shaquille had his eyes set on Erin. In his confessional, Shaquille said he’s ready for babies and wanted to “fertilize” someone. What a catch! Chelsea opened up to doctor Blake Eyres, and shed some tears as she explained her lack of trust with Thomas due to his wandering eye. Blake played it cool, but we’ll see if he keeps up his gentlemanly behavior. Chef Tom Triola laid it on thick with Erica, and told her if she woke up with him, he’d cook her whatever she wanted. Erica was not impressed to say the least.

Over at the guys villa, shots are flowing with the ladies as well. Corey is the most uncomfortable of the group. He isn’t happy Erin brought him here, and he expressed his fears of dating other women because his game is rusty. However, this uneasiness brought over the ladies in droves, as one after the other talked with him.

At another table, Amanda Spain-Butts connected with Julian on their long term relationships, as she explained she just got out of a nine year relationship. Kendal and Thomas flirted around with the various singles, but no real connections were made at this point.

Mark ended the day by bringing the couples back together for dinner. He then asked each them if they had any rules set up. Kristen and Julian shared they had no rules as that defeated the purpose of them being there. Chelsea admitted she wished she could be like Kristen and Julian, but she set up rules with Thomas because of her trust issues. Kendal explained it was his idea to have no rules, of course. Erica was onboard though, and said she wanted them to see where each others hearts truly lie.

Corey said he just wanted Erin to be happy. Erin countered that she doesn’t believe him, and that they did have rules in place. Erin began crying as she stated she wanted Corey to take the reins in their relationship once in awhile. So, I guess the rules are out the window for them? Mark ended the dinner with an ominous warning to everyone that when you say good bye, “this might be your last kiss.” 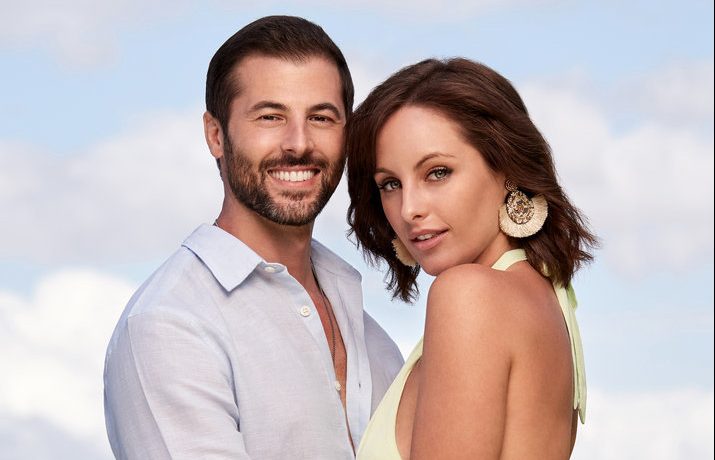 Kristen broke down to Julian, and admitted she does trust him, but her issue is being vulnerable with other people. Julian promised her they will leave the island better people than they came. Thomas and Chelsea continued bickering as he stated he wanted them to work on themselves. Chelsea kept hammering back on about his flirty behavior, and seemed unassured as Thomas told her he loved her.

Erica told Kendal she’s confident in their relationship and wasn’t worried about him. She is going to be in for a rude awakening! Corey told Erin he’s scared to lose her, but he needed to work on being happy with himself. Erin finally admitted she’s scared of losing him, and started blaming her insecurities for the problems in their relationship.

As the boys walked off, Julian was the only one to turn around to take a last look. I’d say that Julian and Kristen have the strongest chance of making it at the end. But as we’ve learned with past seasons, the outcomes of all the relationships are entirely unpredictable.

TELL US – WHO IS YOUR FAVORITE COUPLE ON TEMPTATION ISLAND?  DO YOU THINK ANY OF THE COUPLES WILL STAY TOGETHER IN THE END? WHICH SINGLES WILL CAUSE THE MOST TROUBLE?