On last night’s episode of Married At First Sight, one person makes a shocking decision that will have lasting effects on their marriage. Another couple contemplates whether their issues are too much to move past. There is drama with a capital D, this episode!

Now that the Married At First Sight couples have decided to recommit, the next three weeks will be imperative to make a final decision. The five couples must embrace vulnerability and revisit their past. While exposing their deepest truths, some discover new hope, while others find themselves ready to walk away. Let’s get straight into the Married at First sight recap! 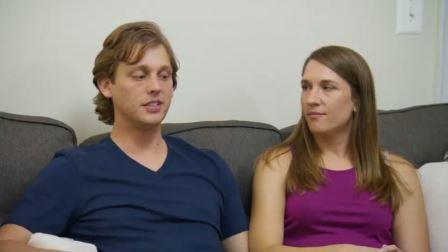 Austin Hurd and Jessica Studer go out for a dinner to discuss their future. Things take a turn for the worst when Jessica realizes how much her husband’s traveling for work will impact their marriage. She practically deflates when she mentions falling in love and he says that they will grow into that feeling. She is so stubborn that she doesn’t want to be the one to say it first, but keeps trying to drop hints to get him to do so. Girl, you are going to be waiting a while for laid back Austin to tell you. I wish Jessica had the confidence to share how she feels regardless of him saying back. There is no perfect time or guarantee that two people will fall in love at the same time.

RELATED: Married At First Sight Recap- Move In Or Move On

Dr. Viviana Coles meets with Austin and Jessica to check in on their marriage. Jessica admits that they had a few bumps along the road. Most recently, Jessica confesses she sent Austin a few rude texts after getting upset about finding out how much he travels. She also finally admits that she loves Austin after some prodding from Dr. Viviana. Austin doesn’t return the sentiment, which obviously makes Jessica feel let down. Jessica just needs to be patient. Austin will definitely fall in love with her; he just needs more time. This guy changed his sleep schedule, just to accommodate his wife, clearly, they are staying together. 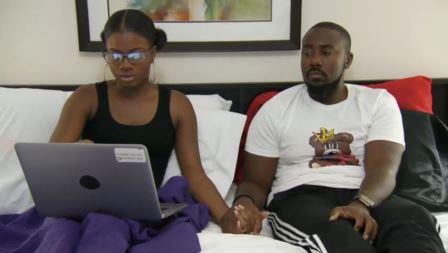 Meka Jones decides to have a conversation with Michael Watson  about finances. Things get very fishy when she shows him her pay stubs and he presents an offer letter where things don’t add up. He tries to convince her that the offer letter salary is based on a figure he would receive after taxes. Ummm… WTF! Does this man think everyone is stupid? Anybody in their right mind knows that your salary offer is based on your gross income. There would be no way the company would be able to determine what his taxes would be before he even starts a job and selects his benefits, etc. I have never wanted to throw the remote at my TV, so badly. Michael is really irking my nerves.  He is constantly telling unnecessary lies.

There is a double-digit difference compared to what Michael originally told Meka about his salary. Meka, does not budge on the inconsistencies and challenges him on the commitment he made to be truthful.  Michael, did you forget your wife had a math degree? Meka becomes so frustrated with the conversation she steps away to tell a Married At First Sight producer she is done with being married to a liar.

Honestly, I blame  production; they should have vetted all the participants. Michael literally presented several inconsistent numbers and a suspected forged offer letter during their conversation. I can understand if he doesn’t want the world to know his salary, but at least be honest with your wife. How hard is it to just write the figure on a piece of paper? The experts and production are really pushing it this season. It’s like anything goes with this season’s Married At First Sight cast.

Dr. Viviana meets with Michael and Meka, who are in great need of a therapy session at this point. Meka shares how frustrated she is with her husband’s constant lying. Michael admits that embarrassment was the reason he didn’t tell the truth about his salary. He then goes on to attribute his adoption to why he feels the needs to create narratives to protect himself. Chile, please! I would understand that, if he didn’t come on national TV, marry a stranger and continue to lie even when he is confronted about it. Meka, RUNNNNNNNNNNNNNNNNNNNNNNN! Meka doesn’t know Michael well enough to accept this behavior so early in a relationship. He needs a therapist, not a wife.

Meka meets with Michael’s sister in hopes of getting some insight on his past. It’s obvious based on the sister’s facial expressions that she already knows her brother tells tall tales. The sister explains that he suffered a lot of rejection from peers growing up so he would create a persona that people would like. He obviously has been doing this for years, so it’s not going to stop anytime soon.

I’m sorry, but if I was Meka I would walk away. He is too old to be re-raised as a man. If he hasn’t figured out no woman wants to be with someone who lies about every detail of their life, then he may never get it together. 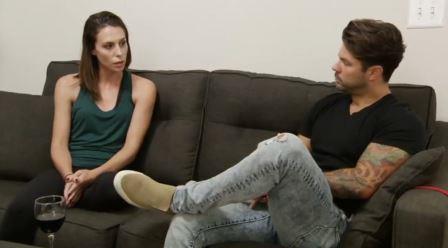 Mindy Shiben’s friends are shocked to learn that she and Zach Justice recommitted to their marriage. Mindy still doesn’t want to let go despite the lack of participation from her husband. Zach has already declined to agree to all of Mindy’s non-negotiable demands to stay married. He did not move in or tell her the complete truth about the secret he held over her head for quite some time.

Apparently, the secret was that Mindy’s ex reached out to pick her up from the airport, but she didn’t tell Zach. Mindy didn’t feel the need to tell him because she declined the offer. After speaking with her friends, they figure out that the infamous Lindsey was the one who told Zach this information. WOW!!!! With a friend like that, who needs an enemy! She is lucky that I am not in Mindy’s position on national television. I would have made sure EVERYONE knew what a backstabber this woman is. All of this for a guy with a full head of hair, but a face that is just average. Personally, I think Lindsey and Mindy both look about the same in the looks department, so I don’t understand the draw.

Zach comes back to the apartment and Mindy confronts him about being dishonest with her. She asked him directly if the secret came from Lindsey and he lied and claimed he had a mutual friend with her ex. When she presses him, instead of owning it, he says he regrets even mentioning it. One of Mindy’s friends must have loaned her some strength because she finally tells Zach she no longer wants to be married to him.

RELATED: Married At First Sight Recap- I Want You to Want Me

She gets emotional expressing what she went through to try to forgive him, only to discover he was still lying. Shockingly, she asks him to leave the key and exit her apartment. It’s about damn time! Can someone get Zach off the Married at First Sight set immediately??????????? Good riddance narcissist! And Lindsey you are not off the hook, you are a disgrace to all women, to do that to your friend.

Mindy meets with Dr. Viviana to update her on her recent decision to end her marriage with Zach. Mindy is confident that she made the right choice for herself, in her own timing. I’m glad Dr. Viviana is actually being supportive and not trying to convince her to give that mop head another chance. Hopefully, production stops filming him as well.

Dr. Viviana visits with Zach to get his take on recent events. Instead of admitting that Mindy ended things with him, he talks as if things are just fine. He even refuses to admit he lied or had an inappropriate relationship with Lindsey when questioned. Dr. Viviana points out that Zach seemed to have more loyalty to Lindsey than his wife. Zach is completely self-absorbed and a liar. 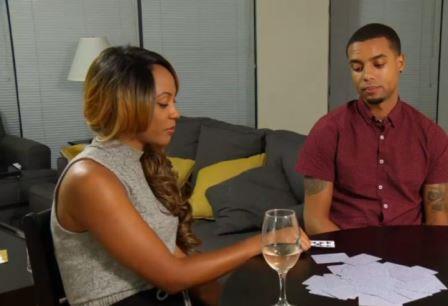 Brandon Reid and Taylor Dunklin go out to dinner and it actually goes well. They both decide that Brandon will move back into the apartment and master bedroom with Taylor. The only action Brandon is getting is from Taylor’s dog, Tyson.

In an attempt to open up more, Brandon takes Taylor to see where he grew up. We already know these two getting along won’t last long. But, it is fun to try to pinpoint the breakdown week to week. One observation, Taylor you are way too cute to keep wearing these HORRIBLE wigs on camera. Please consult with someone who can point you in the direction of some better options ASAP. I’m embarrassed for you. Love you, XOXO! 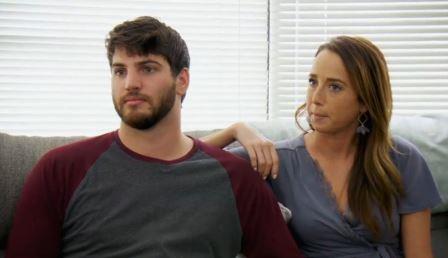 Katie Conrad and Derek Sherman meet with Dr. Viviana to talk about their issues. Katie realizes during the conversation that because she was forced to grow up so fast she lost her inner child and buried many of her dreams. Derek, on the other hand, clung to all of his dreams and still wants to accomplish them. This was an important breakthrough for the couple. It allowed them to understand one another better and will help them move forward in a healthier way.

Katie is shocked when Derek shares a love poem he wrote in high school when they visit his childhood home. She can’t seem to understand how he could write with such emotion about a subject he claims he has never experienced.

Jealousy rears its ugly head as they continue their tour and she discovers reminders of the past from his exes. Katie is so insecure, it’s ridiculous. Who gets mad about dates someone went on when they were a teenager? Katie, if you aren’t careful, Derek is going to get tired of constantly having to defend his personality to you and leave.

TELL US – DO YOU THINK MICHAEL TELLS LIES BECAUSE HE IS ADOPTED OR IS THAT AN EXCUSE? IS KATIE PUSHING DEREK AWAY? HOW LONG DO YOU THINK IT WILL TAKE FOR AUSTIN TO SAY I LOVE YOU? ARE YOU SHOCKED MINDY HAD THE COURAGE TO END HER MARRIAGE? WHICH MARRIED AT FIRST SIGHT COUPLE ARE YOU ROOTING FOR?