Last week, on the premiere of Famously Single, we met the cast of “celebrities”, who are really just a hodge podge of randos desperately clinging to what little notoriety they once had. We were left with the cliffhanger of finding out who their new dating coaches would be and (plot twist!!!) it’s two of the people they met while out boozing it up and misbehaving in some run down VIP section of a club.

SURPRISE! It’s Laurel, who was sexually propositioned by a sloppy drunk Willis McGahee and Robert, who was dismissed by Aubrey O’Day. The dating coaches begin to share their feedback and Robert admits that he found it refreshing that Aubrey could go deep in their conversation but was disappointed that she didn’t think he was good enough for a goodbye. Laurel basically told Willis in the nicest way possible that he is gross. She also had interactions with Calum Best, who she thought was playing for the cameras and Josh Murray, who was downright rude. Dr. Darcy Sterling explains to everyone that Laurel and Robert are here to give the Singletons the nuts and bolts of dating while they go through the process. 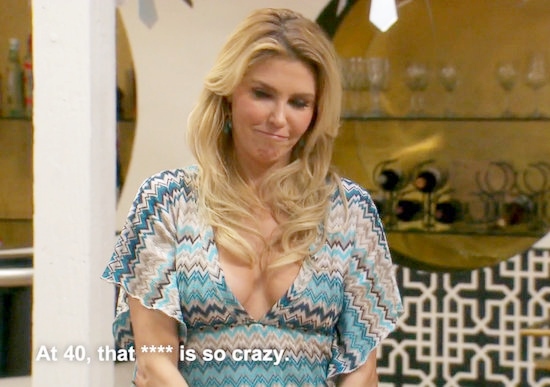 As the gang unwinds in the kitchen, Somaya Reece and Brandi Glanville have put their beef behind them and unite to talk about Brandi’s favorite subject: sex. Brandi likes to be bossed around and Calum thinks they will get along great for that reason. Somaya, who confuses being white with being blonde haired, seems to approve and sees a hookup in the making. Brandi is already on the outs with the women in general because well, she’s Brandi, and Jessica White wastes no time gossiping about her with Somaya and Aubrey when she is out of ear shot.

Aubrey seems to think that forty is too old to have your cleavage out and believes she has a more sexualized reputation than Brandi, but still wouldn’t be handling herself like Brandi does. Oh, Aubrey… 1) can you remind me again what you think you are famous for? and 2) Brandi is your very own Ghost of D List Celebrity Future. Take note, because you are just one marriage, a few thousand bottles of wine, and a row of messy hair extensions away from the exact same fate.

Brandi sits down with Katie Maloney, I mean, Dr. Darcy for her one-on-one. Dr. Darcy asks about what’s going on in the house and Brandi admits that Aubrey and Somaya need to check themselves when it comes to how famous they think they are. Amen to that! She can’t relate because even after becoming famous, she was still going about her life, picking up dog crap, and getting cheated on. 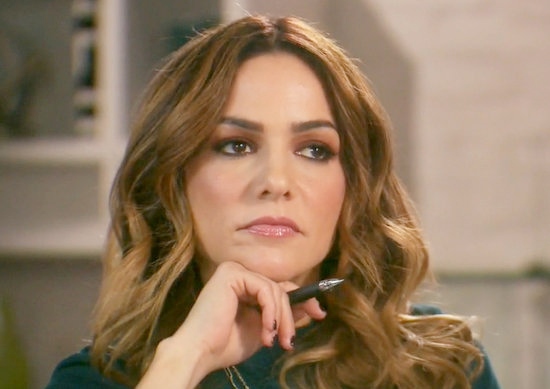 We are treated to yet another trip down Cheaters Lane and Brandi relives how she found out ex Eddie Cibrian was cheating on her with LeAnn Rimes. Even all these years later, Brandi still gets emotional and cries openly while Darcy soothes her with tutting, “jeez Louise”. They move on to Brandi’s dating issues and she confesses that she always picks guys who she doesn’t expect anything from because she is scared to get hurt again. This whole exchange reminds me of the original Brandi Glanville, from her first season on Real Housewives of Beverly Hills, before she was all drink throwing and LVP slapping. I miss that Brandi.

The next day, the Singletons meet Dr. Darcy to troll for dates in a public place with their dating coaches (and an entire camera crew) so they can find someone to invite on a yacht with them.

Calum isn’t worried, Aubrey immediately thinks she is too good for this, and Jessica, in a Pocahontas deerskin poncho and dreamcatcher earrings, is feeling uncomfortable. Calum approaches a young woman on a bench and immediately strikes out (hee hee). Brandi approaches a cute guy and invites him but he asks if he can bring his girlfriend. No, dummy – Brandi Glanville just asked you out, show some respect! Josh isn’t approaching anyone because he’s too picky and Pauly D decides to team up with Calum. Two douches for the price of one! They manage to find two girls who begrudgingly agree and they can call it a day. Jessica finally scores and so do Josh, Willis, and Brandi. 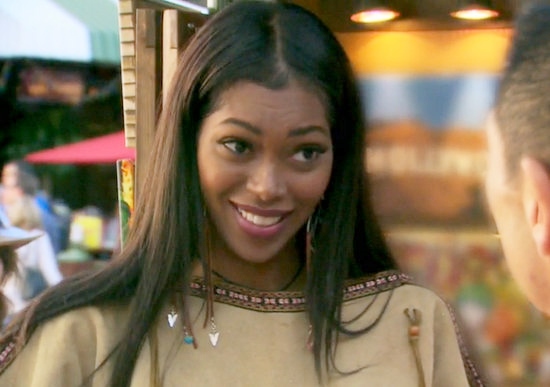 Time for the sunset cruise on the Good Ship Awkward. Aubrey is the only one who didn’t bother to find a date and that little detail isn’t lost on Dr. Darcy or the rest of the cast. Brandi’s date is adorable and smart but while Brandi tries to get to know him better, Aubrey swoops in and tries to flirt but immediately abandons the conversation when she realizes this guy has no idea who she is. Like 98% of America, BTW.

Jessica, who “loves cerebral conversation,” can’t take too much of it and pretends to go to the bathroom so she can get a break from the action and readjust her poncho. Robert tries to coach her back into being a normal human being having normal human being interactions and she eventually apologizes to her date. The cruise ends without anything notable happening like Aubrey throwing herself overboard (wishful thinking on my part).

The gang meets for group therapy and talks about how out of their comfort zone it was to talk to strangers. God, these people are out of touch with reality. Jessica keeps clarifying that she didn’t really go to the bathroom when she said she was (ummm, we got it) and gets an attitude when the dating coaches challenge her to express her emotions instead of using a fake excuse. 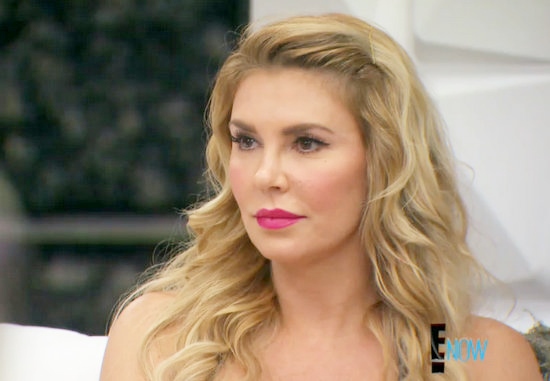 Aubrey doesn’t think she learned anything and Brandi calls her out for thinking the lesson was beneath her and for also being miffed that her date didn’t know who she was. Aubrey goes into full diva mode and says Brandi just doesn’t like her and she doesn’t need to elaborate on her success to anyone . Aubrey immediately goes in on how she doesn’t like Brandi and a bunch more that I couldn’t hear because my ears started bleeding, so you all will just have to use your imaginations. Aubrey is giving me so much Kim Zolciak Biermann, and I’m not just talking about the wig and overdone lip injections. Dr. Darcy jumps in and tells Aubrey she’s catty.

Aubrey doesn’t get it and goes back to Somaya to complain about Dr. Darcy acting like she is in high school.

Aubrey sits down with Dr. Darcy for her one-on-one and Dr. Darcy wastes no time telling her what an A-hole she is. Aubrey fancies herself as the deliverer of truth and claims to be able to curse someone out and have them completely respect her delivery. Then she turns on Dr. Darcy and says she isn’t fair. Talk about high school behavior! Dr. Darcy has bigger fish to fry and isn’t happy that Aubrey didn’t participate in the exercise. She asks why Aubrey is even here. Ummmmm, the paycheck? You don’t need to be a doctor to figure that one out. 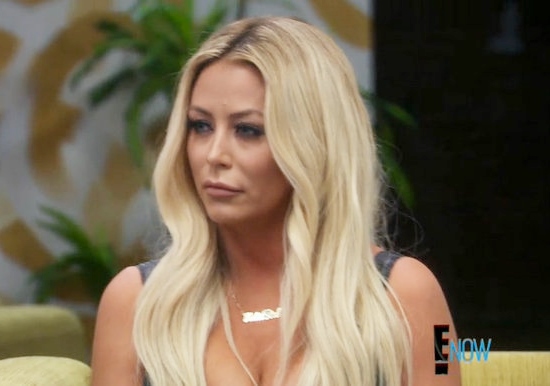 Dr. Darcy stops short of telling Aubrey to go the eff home but instead, awkwardly forces a hug and wedges into the same seat as Aubrey so they can have a “real moment”. That’s where we end for the night and if you’ll excuse me, I’m about to go have a real moment with a bottle of wine after surviving this episode.

TELL US – WHOSE SIDE ARE YOU ON – BRANDI OR AUBREY?

It feels like there’s a new 90 Day Fiance spin-off announced once a week at this point. The original series…
3 years ago

This week in reality stars out and about: Brandi Glanville was photographed out and about in L.A. after enduring a…
Hot Photos 6 years ago

It’s day 22 in the Celebrity Big Brother house! Here we are again, and be warned, I’ve had no sleep…
Recaps 6 years ago