This season of Life After Lockup is already bananas. Last week’s Life After Lockup episode ended with Sarah Simmons screaming at the top of her lungs at an apathetic Michael Simmons. Lamar Jackson is finally free and hopefully will reconnect with Andrea Edwards and other family. Brittany Santiago and Marcelino Santiago continued to fight over her felon friendships. Their marriage is riddled with tension over that.

The highlight of last week was the dueling double dates that Scott Davey and Lizzie Kommes went on. Awkward with a side of even more awkward. Poor Clint Brady still cannot get his mother to accept or even meet Tracie Wagaman. No matter how much be begs and pleads, Momma isn’t having it! Eventually she’ll have to give in if he keeps pushing the idea I would assume. 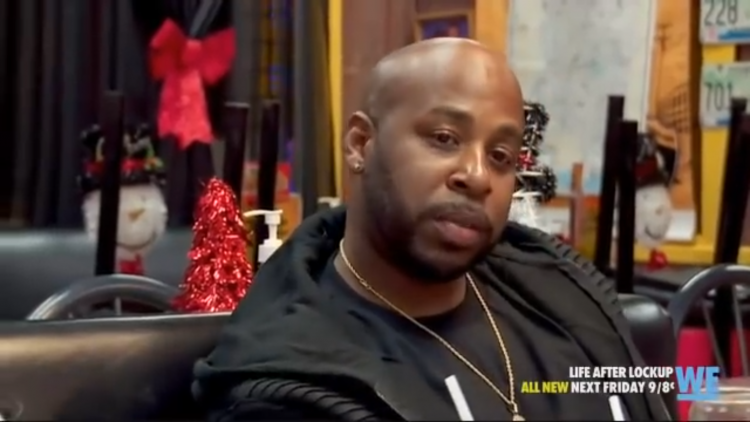 Lamar’s upset the older kids aren’t thrilled to have him home again. Sure he’s the one who was away in jail, but he has to think about the family he left behind.

These kids were left having to process emotions that are undoubtedly confusing. Adults are supposed to be who kids look up to, and he really let his family down. The family reunion is so awkward because the two oldest kids won’t even look or talk to Lamar.

Andrea’s son makes the most adult point of all. IT SHOULDN’T BE TOO MUCH TO ASK FOR YOU TO STAY OUT OF PRISON. Even the youngest mentioned how awkward it was.

Her daughter Nyla is embarrassed by how openly Lamar is talking about his prison stint at this dinner. She doesn’t want everyone to hear about it. You can’t really blame her. Teens are already embarrassed by their parents, but imagine adding a felon stepfather.

Nyla asks Lamar for an apology, and she DOES NOT receive one. He makes excuses for his actions instead. If he wants to keep this family together, he needs to bite the bullet and apologize.

Andrea’s son Tennison (the clear man of the house) is very wise for his age. Lamar violated his trust. He can’t switch his feelings to a different setting overnight. Hopefully, Lamar has changed because if he goes back to jail, this family will implode. 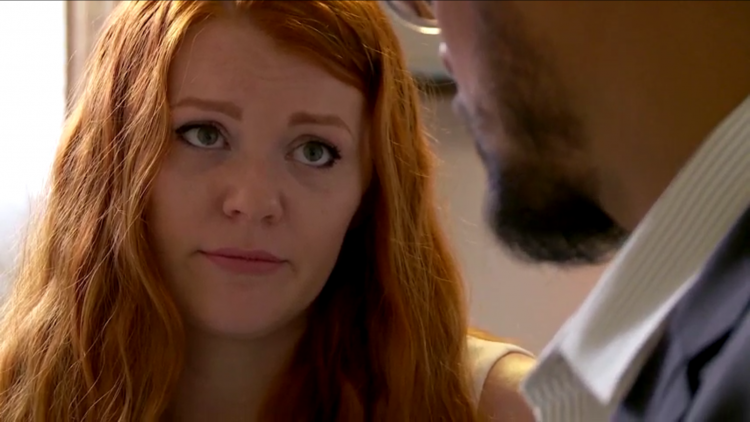 Brittany is nervous to meet with an attorney regarding custody of her son. His father has filed for full custody behind her back. Apparently, he had it sent to a house she doesn’t live at, so she missed her court date.

She lists off her crimes and drug addiction to the lawyer, and what a list it is. Marcelino wants full physical custody which isn’t really a feasible option at this point. Brittany wants to avoid starting a full fight with her ex at this time.

Her attorney warns her that the judge will use her past against her if it goes in front of him or her. Marcelino once again calls Brittany out for associating with known felons. At this point, she should give up those friendships. Keeping prison friendships isn’t worth losing your child.

Marcelino wants Brittany to take down her ex, but she doesn’t want to. She’s lost two other children to adoption already and doesn’t want to lose another. She opens up about her desire to meet them one day, and you can tell how deep the pain runs within her.

Brittany brings up his history with his own father and uses that to prove her point. It doesn’t work on Marcelino though. He wishes he could’ve been removed from being raised by his absent father.

Brittany thinks 50/50 custody is the best way to go in this custody battle. Marcelino suggests talking to her ex himself, but Brittany nixes his idea and will go herself. Hopefully, a fight doesn’t go down because it will only hurt her case. 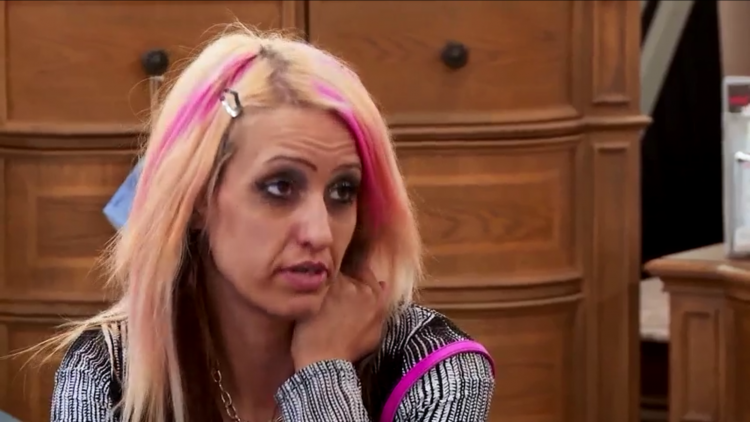 Tracie‘s upset Clint’s mom is still refusing to meet her. Her loneliness is starting to get the best of her, and her mind is not in a good place.

She has only a day left on her parole, but the temptation to use is larger than ever. Tracie says drugs used to numb her pain and mask her emotions. Things get hard because she no longer has that crutch.

Clint tries to reason with his father to convince his mother to agree to meet Tracie. What Clint doesn’t know though is Tracie is at a bar right now about to violate her parole. She orders a tequila and coke, and I’m SO nervous she’s going to relapse.

Clint’s father calls him with very unexpected news. His mother is finally agreeing to meet Tracie, and hell has officially frozen over. She didn’t seem like she planned on budging ever, but she did!

He panics because Tracie’s nowhere to be found when he gets home. He doesn’t realize she was at the bar. I genuinely hope she resisted the urge to drink. She was so close to being free.

I’ll admit I laughed a little when Tracie asked the bartender who would know if she slipped and drank. There is clearly a camera crew in her face. Not only are they in her face, it’s weird that nobody would intervene and stop her from making a critical mistake.

RELATED: Check Out An Exclusive Clip From Life After Lockup: Did Tracie Wagaman Relapse?

Tracie finally makes it home to Clint, and she confesses that she ALMOST relapsed. Almost means she didn’t slip, and I’m proud of her today. Not using even just this once is a big step in the right direction. Tracie’s learning how to feel emotions and work through her pain without any substances.

Clint thought she was in the hospital or jail. Regardless, he is relieved to have her home. He doesn’t fully trust her yet, and this almost relapse will set them back even more.

He lets her know that his mom has FINALLY meet her, and Tracie is over the moon. That brunch will be a pivotal moment. This first impression will make or break her relationship with Clint’s parents going forward. 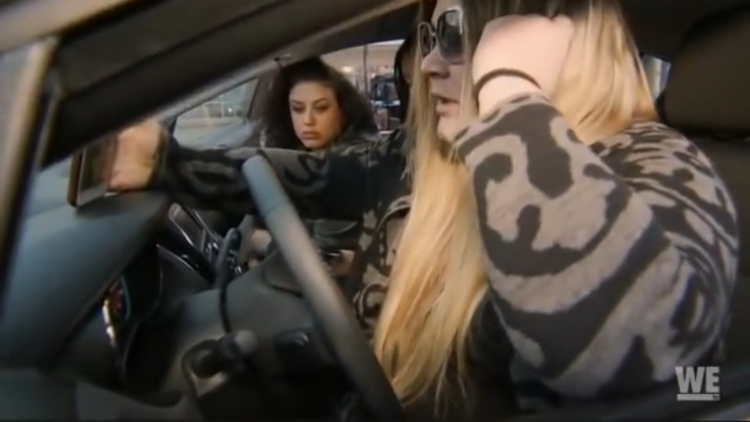 Sarah is mad at Michael after learning that he spent his first post-release moment with Megan. He is her husband so naturally, she is upset. I get that, but when will enough be enough? At what point do you decide to call it quits and end a failing marriage?

Both of these girls are trying to make it work with a man that plays everyone around him. Sarah shouts that she is sick of Michael making her look dumb.

However, she is the one chasing after a man who is publicly embarrassing her. She’s screaming bloody murder, and Michael is just like “right”.

Sarah won’t stop screaming at Michael, and she wants him to admit all of his faults. He still won’t admit to having a girlfriend even though everyone knows about Megan. Sarah kicks the camera crew out of her car and asks for her phone to be turned off.

Michael is on edge over Sarah’s behavior, but who can blame her for being upset? She is nine months pregnant going through quite the ordeal with this love triangle. The kids will suffer the most at the end of the day in this mess.

He can’t have any kind of civilized conversation with Sarah which is frustrating him. He wants to have full honesty with everyone which is a new attitude for him.

He’s going to hang out with Megan of all people to relieve stress. He’s going to the hotel with her. Wait, what? He JUST told Sarah that Megan wasn’t his girlfriend. This man is straight delusional. Just wow.

Now that he’s with Megan, I hope she finally reveals her secret. It’s already stretched out over three episodes, and I just want to know what she’s hiding. I’m low key living for this train wreck triangle.

Megan describes Michael as sensual which is cringe-worthy to think about. The two head to the shower to have sex for the first time in months. Good for them I guess. 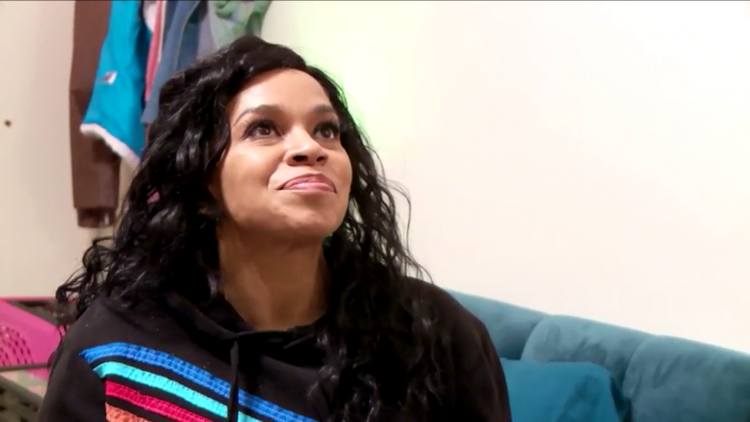 There’s something about Lizzie that draws you in. I can almost understand why Scott fell for her games. Kind of. Ish.

Lizzie’s daughter loses it when she tells her daughter she almost called Scott. Lizzie says Scott did so much for her while she was in prison, but her daughter isn’t having it.

It’s funny how much they’re rewriting history to make Scott the bad guy here. What a fascinating perspective her daughter has on the situation.

If almost calling Scott was an issue, Lizzie tells her she wants to visit Scott in California. First of all, please leave Scott alone. Don’t destroy him more than you already have. Her daughter dishes out an ultimatum that if she goes to see Scott, their relationship is OVER. Ouch.

Lizzie is on her way to California despite the warning from her daughter. This is not a good move for any of the involved parties. She’s showing up at his house unannounced. At least her parole office approved it. What a disaster this is going to be.

TELL US – HOW DO YOU THINK THE MEETING WILL GO WITH TRACIE AND CLINT’S MOM? HOW WILL SCOT REACT TO LIZZIE’S SURPRISE VISIT? ARE YOU ENJOYING THIS SEASON OF LIFE AFTER LOCKUP? WHICH LIFE AFTER LOCKUP STORYLINE IS YOUR FAVORITE?