Life After Lockup Recap: The Secret Life Of A Fake Millionaire

Secrets always have a way of coming out, and Life After Lockup always proves that. If Scott has anything to hide, he is in for a rude awakening soon. Lindsey is hellbent on finding out whatever she can about his past because of how much he’s violated her privacy. Every skeleton in his closet is fair game for her. The walls might be closing in on this relationship. They’ve violated each other’s trust so many times that it’s hard to even keep count.

Another person at her breaking point is Brittany Santiago. She desperately wants to pull her mother out of the pit of despair and addiction. However, it’s not that simple. She has no idea if her mother is actually willing to stay on track and get help. A feeling of helplessness like that is hard to shake. Something else that’s hard to shake is John out of Lacey’s life. He’s out of prison and looking for answers. She better watch out. 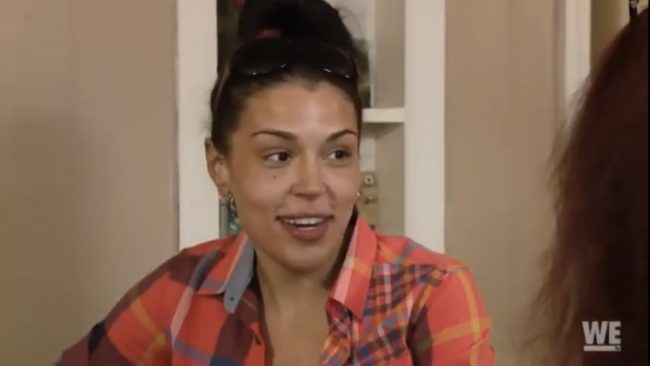 Puppy is finally getting released, so Amber is about to be reunited with her. They haven’t seen each other in years which makes this a big moment. I’m curious to see how they’re going to navigate Puppy being the adopted daughter of Vince though. Nobody should ever be forced to interact with the creepy and socially inept Vince. However, that is kind of the bed these two made when they tried to con him.

It’s been about six years since Puppy’s mother has been able to spend time with her. That’s such a long period of time to go without seeing your child. Her mom has a fear that things won’t go well for Puppy upon her release. It’s a sensitive transition period, so the likelihood of falling back into old ways is high. 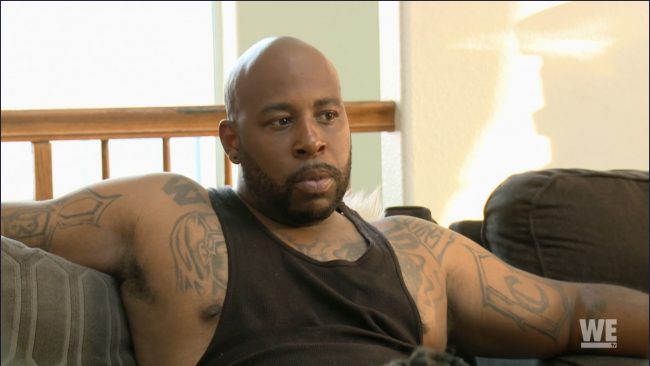 There’s such a chaotic energy in Andrea Edwards & Lamar Jackson’s family. The family is having dinner, and Priscilla almost spills the beans about meeting her older sister. If Andrea finds out like this, there’s no telling how she will react. Given her history, she’ll probably lose her mind because that’s what she does.

How sad is it that Tennison is the only responsible one of the family? He’s being forced to put his life on hold because Andrea & Lamar are incompetent. It should never have to be like this. They need to step up as parents and allow him to have some freedom.

Andrea feels like Tennison’s attitude about leaving is a slap in the face to her. If she would acknowledge his list of grievances, she might be able to understand where he’s coming from.

RELATED: Life After Lockup Recap: The Girl With The Three Fiancés

Andrea concocts a lot of zany ideas, but this donation lemonade stand is up there with the wackiest. Who is trying to hear about the gospel of Jesus Christ while getting lemonade. On top of that, we are in the middle of a pandemic. I just feel like there’s probably not a lot of overlap between all of those things.

Her other kids notice Priscilla working on a family tree and are STUNNED to hear her mention Lamar’s other daughter. She tells her brother and sister how Lamar swore her to secrecy. The biggest issue here is that everyone knows Andrea is going to erupt when she learns. As a result of that, why would you want to withhold something this big from her? 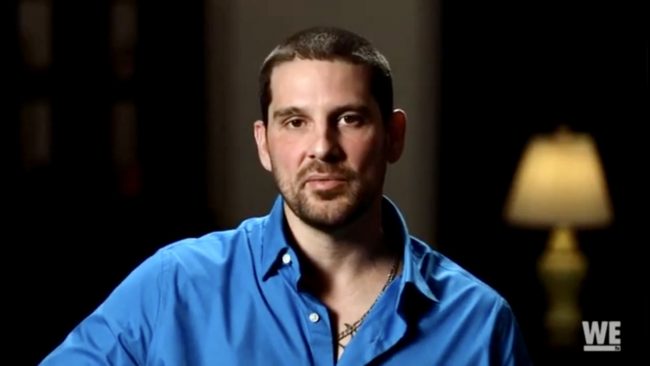 John’s been in jail for the last 10 months, but he’s finally free. It won’t be too long before he starts sniffing around Lacey’s marriage and causes trouble for Shane. I know John is grimy, but the real villain in all of this is Lacey. The way she’s played both of these men has been so manipulative from the start.

Lacey’s the reason John spent the last 10 months in prison. After a fight at a strip club, she called the police on him to let them know he was drinking and driving. Some might argue she wasn’t trying to look out for the safety of the public. We all know that’s not what she was doing though. She wanted to hurt him and hurt him badly.

John wants answers about what happened the night he was arrested. Although he suspects it was Lacey, he can’t rule out Shane. I don’t know if looking into this right as he gets out of jail is the smartest decision. Emotions are running high. Tempers are flaring. It’s a super combustible situation that could land him right back in jail if he’s not careful.

John’s insistence on uncovering the truth about how he ended up in jail is such a bad idea. Getting involved with Lacey is like playing in a snake pit. You’re going to get bit. She’s toxic. She will do whatever she has to do to lure him back in just to wreck his life.

At the end of the day though, it’s on John for allowing himself to be sucked into her orbit. The best thing he could do for his life is to avoid her entirely. That’s not going to happen though because he still thinks he has a shot with her. These men never learn. 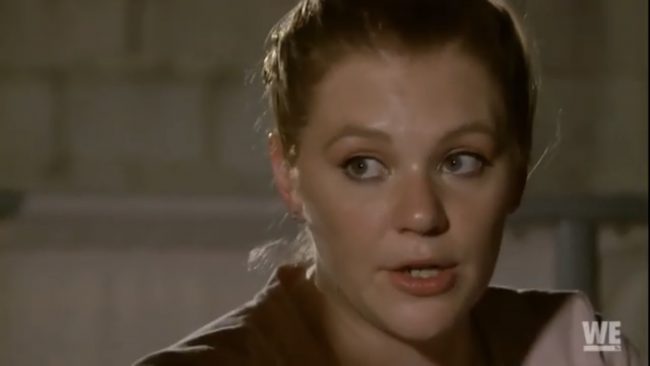 Brittany fills Marcelino Santiago in about her mother’s condition, and my heart goes out to her. The struggle of whether or not to help her mom is tearing her apart. She wants so badly to believe this is the time her mom really wants to get help.

It’s easy to want to think the best when it comes to this type of thing. That’s not the reality of the situation though. This is very bad.

If Brittany didn’t give her all to help her mom, it would crush her if something bad happened. Marcelino sees things differently. The approach his wife is trying to take is the total opposite of what he wants to do.

In his eyes, SHE is the one who gave up on Brittany and her family. That makes sense, but you can’t actually expect Brittany to simply give up on her mother. She’s been in this type of scenario herself before, so she knows the severity of it. 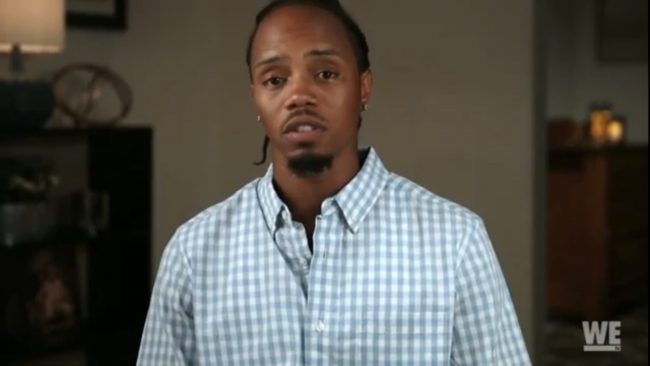 Michael Simmons shows up at Sarah Simmons’ to spend time with the girls. It’s nice to see him actually being present in their lives, but he still didn’t show up to court. He is forever acting like a negligent father.

Malcolm’s confused about the entire thing. It’s weird that Sarah allows Michael to come and go as he pleases. He’s right, it is A LOT.

Michael however, is extremely delusional. He can’t fathom how Sarah could go from him to someone “soft” like Malcolm. Are you kidding me? Malcolm is more of a present and consistent father figure in those girls’ lives than Michael could EVER be. Michael is seemingly incapable of stepping up as a dad on a regular basis. He should be worshipping the f**king ground Malcolm walks on.

The court system wants to give Michael ANOTHER chance to be present. Why does this man get so many chances? If he actually cared about his children or what’s best for them, he would have been there. That spoke volumes about his character and ability as a father. Also, when is he ever consistently in their lives? Never. Exactly.

Sarah can’t even have a mature conversation with Michael about custody because he keeps interrupting. I don’t think he understands what it means to have 50/50 custody. I just think he wants to win and feel equal to Sarah. There’s no way this lowlife is actually going to step up to the plate for his two girls. 2020 is wild, but it’s not that wild.

After Michael leaves, Malcolm says he wants to be done with Michael. Don’t we all. It’s not just about those kids. Sarah will always have feelings for Michael, and she enjoys the game they play just as much as he does. KNOW THAT. 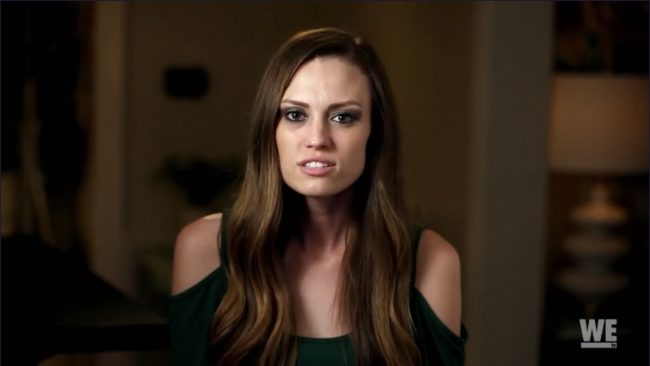 With Scott out of the house for a while, Lindsey is ready to dig up some dirt. Scott has ALL of her usernames and passwords written down in his office which makes Lindsey’s plan easier to execute. Unfortunately for Scott, it doesn’t take long before she uncovers a lie.

Lindsey was led to believe by Scott that he purchased their new home. However, she quickly finds documentation that shows he’s actually LEASING the home. That’s quite the lie. It shows that Scott maybe was keeping the option open of a quick getaway if things didn’t work out between them. It’s easy to leave a house you’re leasing than having to wait and sell the home you own.

If that wasn’t sketchy enough, Lindsey shared even more disturbing information. It appears as if Scott has hidden cameras placed inside their home. Everything about this is so suspicious. He’s also continuing to steal her letters and making copies of them. At first I was slightly on his side, but now I find a lot of this creepy.

RELATED: Life After Lockup Recap: Up In Old Flames

Things continue to look worse for Scott because Lindsey gets a hold of an old cell phone of his. It turns out that while she was in prison, Scott was having sexual relations with escorts. He judges everything Lindsey does so harshly yet he’s out there sleeping with prostitutes. There’s something not right with that picture.

Going through Scott’s office opened up a whirlwind of hurt for Lindsey. Scott was communicating with numerous prostitutes and receiving a ton of naked photos. Not only that, he has many delinquent bills, so he’s not as wealthy as he claimed to be.

Everything out of Scott’s mouth has been a lie since Day 1. I never want to hear him judge Lindsey again for anything because he too is not the person he claimed to be.

She might be a gold digger, but Scott is full of nothing but fools gold. He has lied to her about every single aspect of his life. Has he been honest about anything?

RELATED: Life After Lockup Recap: Up In Smoke

TELL US – SHOULD LINDSEY DUMP SCOTT? SHOULD BRITTANY GIVE UP ON HER MOTHER? IS JOHN A THREAT TO LACEY & SHANE’S MARRIAGE? WHICH LIFE AFTER LOCKUP COUPLE IS THE MOST ENTERTAINING TO WATCH?