The old Teresa Giudice is back and ready to rip Margaret Josephs to shreds. The Real Housewives of New Jersey is at its best when Tre’s at her worst. It’s so awful to say, but so true nonetheless.

Margaret doesn’t want to discuss anything any further with Teresa. I don’t want to take Marge’s side at all, but Tre will never understand how she’s a hypocrite here. At the same time though, Marge is almost going out of her way to destroy relationships this season.

Teresa reveals she learned the rumor about Evan Goldschneider from Marge. Well, sort of. She thinks Marge put it out into the universe, and she picked up on it. Marge fires back about this by saying Jennifer Aydin was asked by Tre to dig dirt on Evan.

Jennifer throws Teresa under the bus and admits to it happening. Wow, she had no problem admitting the truth. That quickly slides under the radar because it becomes about Jackie Goldschneider’s analogy from last year. Everyone in the history of the English language knew it was an analogy. Everyone except for Teresa that is.

Teresa turns her attention to Traci Barber and blasts her for having Tiki Barber ask questions. Traci, you’ve been here for 20 minutes girl. Sit down. However, she brings up some points. It’s not weird to ask questions about Louie Ruelas when he has sketchy behavior. His explanation for his bizarre viral video didn’t even remotely match what we witnessed for ourselves.

Teresa doesn’t want anyone to pop her love bubble, and she storms out of the event. Her relationships worsened at this event, but Jennifer made some headway. She’s in a much better spot with Margaret and Melissa Gorga. It’s about damn time! 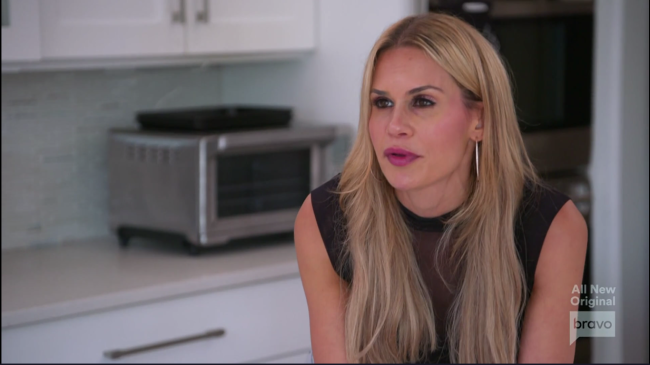 Back at home, Melissa fills in Joe Gorga about Tre’s chaotic behavior at Treescape. They relish in any opportunity to bash Teresa. Where’s the loyalty?

Gia Giudice is upset about selling her childhood home because it’s the last piece of her father. This is the end of an era for their family. However, it’s not the end of the drama in Tre’s personal life. She spills everything about Treescape to Gia and how only Dolores Catania had her back.

I can’t get over Tre pushing her athletic line so damn hard. She wants her workout line to be front and center more than anything else. With the way she’s fighting with multiple women, are any of them going to wear her workout line? They might flat-out refuse.

Jackie openness about her eating disorder is so inspiring but tough to watch. I never realized how much this consumed her life. It’s not something in her past. This is something she’s actively dealing with every day.

Jackie feels bad for making it seem like she was recovered. She’s not recovered, and her kids are starting to notice. Hearing she’s never had ice cream with her children is heartbreaking to hear. She hasn’t touched ice cream in two decades.

Being told to not count the calorie intake of the ice cream is affecting her. This continues to be a challenging journey for Jackie, but her transparency is commendable. It’s nice that she has Evan there by her side. Working through this together could ultimately help them further connect and grow closer. 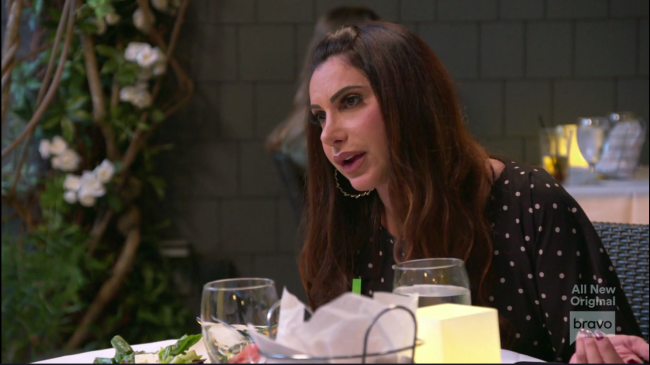 Jennifer and Bill Aydin have a lot to work through. There’s so much tension whenever they’re together since the affair was revealed. It feels like they might not survive another secret or scandal. Bill’s emotionally checked out at this point.

I understand being mad at Margaret, but she didn’t have the affair. It was Bill who committed the act. Cheating on your heavily pregnant wife is such a low-down dirty move. Jen doesn’t want to listen to the excuses anymore.

However, Bill’s showing little to no remorse for his actions. I’m sure he’d prefer for this to go back under the rug where Jen kept it for a decade. He doesn’t appear remotely ready to own up to his past mistakes.

Before the softball game, Teresa sent the ladies a text hyping up her workout line. She wants everyone (including Marge) to help her promote it during the game. Girl, what? Calling the ladies “stunning models” is such an ass-kissing move after trashing them.

This is a charity event, so you’d think the women would behave and not cause any drama. Something tells me it’s not going down like that though. They’re not going to be able to help themselves. Considering everyone’s already gossiping about Teresa’s need to promote everything, it’s not going well.

Teresa shows up and tells everyone she brought her workout line for them, but Margaret says they’re good. Gia interjects and brings up how Tre supports everyone else in everything. Girl, you’re like 12 years old. Why’re you in the grown folks’ drama? Last season you were “off-limits”, but now you’re able to speak on everything? Listen, I understand wanting to stick up for your mom, but she’s wayyyyy too involved this year. 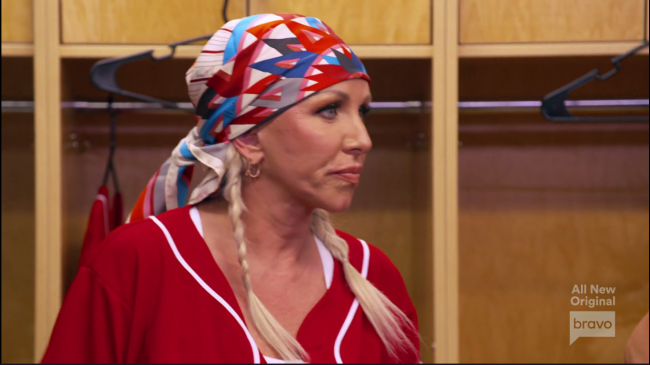 Margaret’s taken aback because she’s always loved, Gia. Solidarity isn’t happening because Melissa and Dolores are wearing the leggings. Marge should’ve seen that one coming. Nobody wants to stay on Teresa’s bad side.

Teresa asking if they got a touchdown during the game just SENDS ME. Your brother was allegedly this hot-shot football star, and you don’t know the difference between a run and a touchdown? LOVE IT.

Jennifer’s wearing a catcher’s mitt out to bat which was a good idea because she FELL. Her poor nose could’ve been smashed and destroyed if she wasn’t. However, does any of it matter? These ladies and their men are NOT doing well in this softball game. Somehow they start to take the lead. Shocking.

Why’s Tre body-shaming Marge? When you have to resort to insulting someone’s looks, you’ve already lost. If she let Marge dig her own grave, she’d be fine. Tre can’t help herself from taking it to a low and dirty level though.

TELL US – TEAM TERESA OR TEAM MARGARET? SHOULD GIA GET INVOLVED IN THE DRAMA? WILL JEN AND BILL GET DIVORCED? ARE YOU ENJOYING THIS SEASON OF THE REAL HOUSEWIVES OF NEW JERSEY?

Gia Giudice grew up on Real Housewives of New Jersey and lived out all of her parents’ drama on screen.…
Reality News 7 hours ago