These post quarantine episodes of Southern Charm are really turning up the drama. Kathryn Dennis is being forced to face the music for her actions has been oh so sweet. It’s about time. Seeing Leva Bonaparte and Danni Baird holding her accountable gives hope for the future of this show. Leva in particular has been such a renewed vibe to the group that is needed in 2020.

The biggest drama in the group right now though has to be about Madison LeCroy & Austen Kroll’s relationship. They FINALLY called it quits after the most toxic back and forth cycle since Kathryn & Thomas Ravenel. Do we think it’s for good? However, one thing is for certain. John Pringle is lurking and waiting for the perfect time to make his move on Madison. 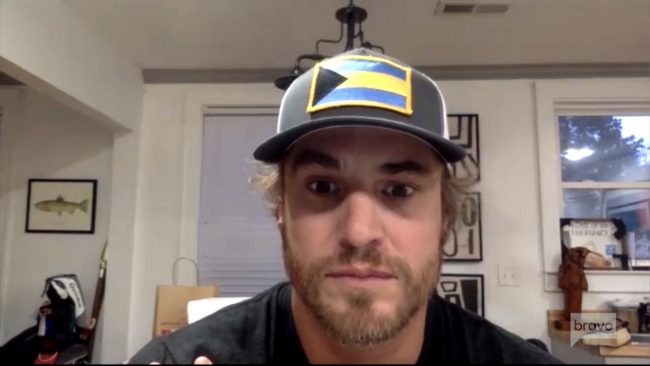 It’s so cool Austen is able to walk into the store and buy his beer. He’s had so many doubters over the years, and this is a major moment. It’s weird that Madison would give up on him now when he’s finally becoming successful. She talked about how he wasn’t leveling up like she was, but he’s the one making moves.

Craig Conover fills Austen in about Shep Rose’s relationship drama with Taylor Ann Green over the virus stuff. I don’t blame Shep for wanting to be alone and send her away when she tested positive. It’s a bit odd that she expected him to just get the virus and ride it out with her.

Shep calls Taylor, and she admits she’s still upset with him. I think she’s being a bit ridiculous wanting to take a step back over all of this. HE was doing what he needed to do. Taylor’s reaction is way too much right now. Give Shep a break.

Despite everything, he tells her he was probably handling it all wrong. Now that she has tested negative, it would be nice if they can get over this hurdle. Something so small shouldn’t break up the relationship. 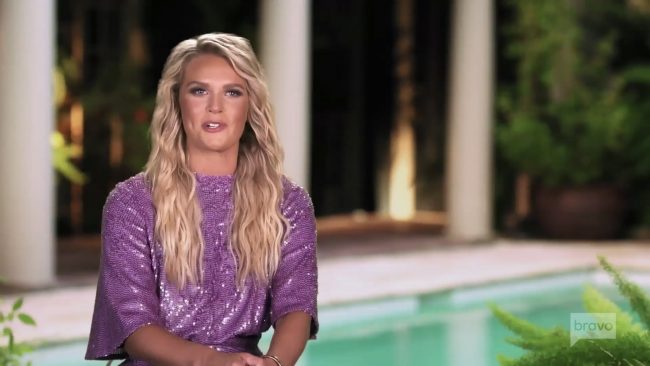 Madison stops by Patricia Altschul’s, and I actually enjoy their dynamic. The only thing that has been getting old this season is Patricia’s favoritism of Pringle as the man in Madison’s life. Beyond over it.

Patricia can’t hold back the smile on her face when Madison tells her about the breakup. I feel weird for siding with Austen in all of this. However, so many people meddled in their relationship. They never stood a chance. Also, it’s so rude the way Madison makes it seem like she’s so much better than him right now.

Austen partied during the pandemic. Austen tested positive by being reckless. I get all of that. Neither of those things mean he is some epic life failure though. He is still thriving with his beer company. Why isn’t that good enough for anyone?

Leva joins Madison & Patricia for cocktails, and she’s looking as stunning as ever. The breath of fresh air that this show so desperately needed. It’s wild hearing about how much the virus has impacted Leva’s businesses. If one person tests positive, it puts everything to a screeching halt. Everyone on the staff has to be isolated and tested as well. That’s such a strenuous burden to deal with as an entrepreneur.

The topic of Kathryn’s monkey emoji debacle gets brought up, and Leva doesn’t hold back her opinion. She’s so annoyed by the baby voice Kathryn uses when trying to feign ignorance. I’m glad she’s not letting her off the hook about this. FINALLY.

Speaking of Kathryn, she heads over to Austen’s to talk to him and Craig. Naturally, they have to discuss the monkey thing as well. The thing that doesn’t sit well the most with her is Leva saying she will end up alone over this. In regards to Danni, she tells the boys she flipped on her. It was a little over the top the way it all went down, but Danni had so much pent up frustration toward her.

Patricia’s once again done with Kathryn after she spread the rumors about Cameran Eubanks. That coupled with the monkey drama is enough for her to have Kathryn sent to Siberia. A cold and lonely place for a cold and lonely woman. I would be surprised if Kathryn actually changed as a person and educated herself on the issues in America. 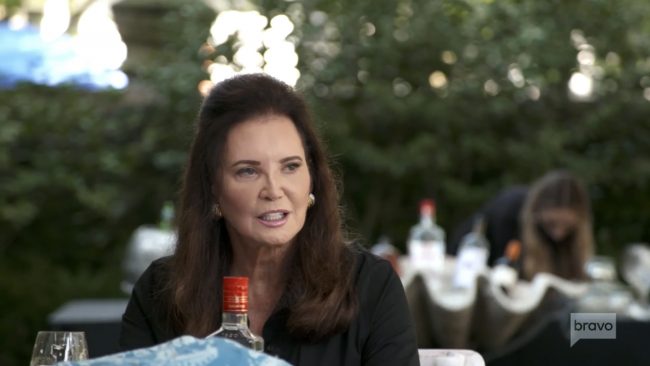 Prior to the pandemic, Patricia planned on having a guy’s dinner, but obviously that didn’t take place. The virus is still a thing though, so she plans on having the boys outside when they come over. We’ll see how that goes.

There HAS to be some lingering tension between Austen and Pringle. Just because Madison dumped Austen doesn’t mean it won’t cause issues if Pringle pursues her. I guess we’ll see!

Pringle’s ex is coming to stay with him and the boys for five days which should be a blast. I’m so curious to see how he acts as a father when she is around. Things feel a little bit chaotic when it’s just him with the boys. They’re always screaming and being rude to him. It’s easy to tell which parent enforces the discipline.

Not everyone can be best friends with their ex though, so kudos to Pringle for making that happen. So often in these situations, you see mother’s and father’s at each other’s throats. Their relationship is so refreshing in comparison.

Taylor finally returns home to be with Shep, and he apologizes right away to her. His therapist chastised him for the way he spoke to Taylor about the COVID fight. He was a bit too blunt and direct and did not recognize her feelings. I still think she overreacted to him, but it’s nice to see Shep acting like an adult for once in his life. He’s finally stepping up as a man, and I never thought I’d see the day. Taylor is a miracle worker.

RELATED: Southern Charm Star Craig Conover Says Shep Rose Is A Much Better Version Of Himself Because Of His Girlfriend 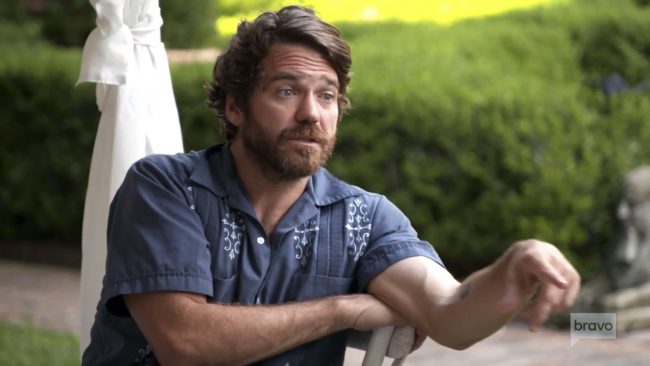 Craig picking up Austen on the the golf cart to go to Patricia’s is so extra. It’s exactly what I would do. Why are Craig and I so similar? We both have such a flair for the dramatics, and we definitely love watching petty fights go down.

Austen refers to Patricia is an old woman with nothing to do, and he’s so right. She spends so much time meddling in lives and trying to play god. She actually thinks she controls everything and everyone. I’m glad Austen doesn’t just bow own and kiss her ass. Someone really needs to knock her down a few pegs. The elitist attitude is garbage.

Things are so far so good between Pringle and Austen at the guy’s day. That won’t last long if the topic of Madison comes up though. Pringle doesn’t know boundaries, and he’s going to keep rubbing Austen the wrong way. The concept of bro code is so foreign to this guy.

Patricia shades Austen’s beer for no reason at all when she’s at the bar cart. Why’s she like this? It’s so unnecessary.

Austen confronts Pringle over having a playdate with Madison and Hudson and his two sons. He explains to him how inappropriate it’s felt at times and declares Madison is off limits romantically speaking. Does Pringle even care? Pringle’s been very upfront about his desire to be with her.

Do you really think he’s going to follow this? I don’t believe Pringle actually feels checked when it comes to this. He’s going to make his move at some point. Watch out. Pringle’s not who he claims to be. He’s a snake in the grass.

Austen gets offended when Shep tells him nobody in town thinks they should be together. This poor guy is trying to deal with this breakup. He clearly still loves Madison, and everyone is making it worse by adding in their two cents. Sure, the relationship does not work. That doesn’t mean though that it’s free reign to drag him and everything about their failed coupling.

Patricia really cannot keep her nose out of Austen/Madison’s business. She has no compassion at all for how much they’re in love and struggling with this. I understand she’s claiming to be practical about it, but she should show some understanding for how he’s feeling. We get it. You never supported him as her boyfriend. Move on.

RELATED: Austen Kroll Reacts To Patricia Altschul Meddling In His Relationship With Madison LeCroy On Southern Charm; Says Patricia Has Never Washed Her Own Hair In Her Life 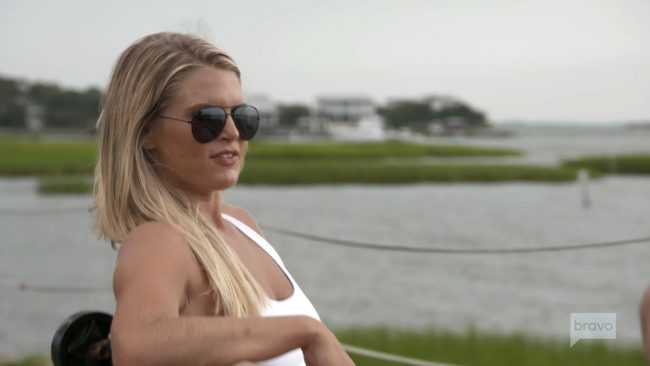 Craig is sooooooo messy. Is it really his business to be asking Madison if she sees Austen as her future? Craig’s not really the one who should be speaking on any of this.

He wants her to completely walk away from Austen’s life because it’s his last resort option. Walking away is so easy to say you’re going to do, but a lot harder to actually implement. It’s also really shady to go behind your friend’s back and have this conversation. How is Austen going to react when he finds out about this?

TELL US – SHOULD CRAIG HAVE MET WITH MADISON BEHIND AUSTEN’S BACK? SHOULD AUSTNE AND MADISON STAY BROKEN UP? WILL KATHYRN EVER CHANGE?

The biggest issue I have with Southern Hospitality is that Season 1 wasn’t long enough. Bravo gifted us with a…
Reality News 6 days ago