Dynamics are shifting this season on The Real Housewives of New Jersey. With this cast remaining the same for so many years, it’s nice to see things get shaken up a bit. Margaret Josephs vs Teresa Giudice and Jackie Goldschenider vs Dolores Catania are NEEDED. It keeps things from becoming stale. Jersey never disappoints!

Dolores gets a rep for being boring, but I’m enjoying her already this season. She oozes authenticity. However, to keep her spot on the show, she needs to step it up in the drama department.

Frank Catania is moving in with Dolores and the kids which is weird. There’s no way this is going to go smoothly. Everyone’s an adult, so nobody is going to hold their tongue. Dolores is asking her kids not to fight, but they want to set boundaries. The idea of Frank bringing home random women isn’t sitting well with her children or Dolo. That’s a tough conversation to have. 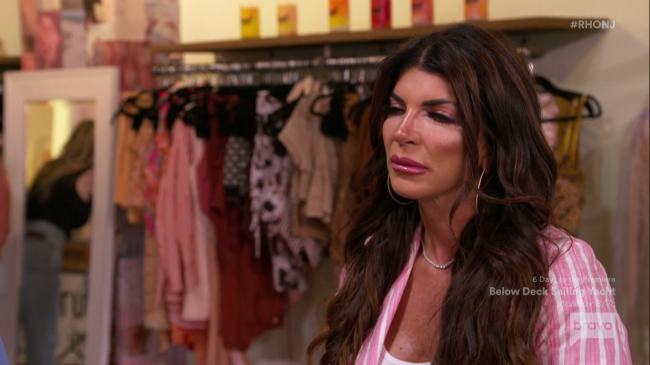 I’m living for Gia Giudice’s “waking up in the morning” song going viral on TikTok. It’s a little bit extra to create an entire sweatshirt line as a result of it though. Cringe!

Louie Ruelas wants to do a pizza night with the entire family. Yes, that includes Melissa Gorga & Joe Gorga. Things are still in an iffy place between the girls and Joe. Milania Giudice in particular is not ready to sit down with Joe after the things he’s said in the press. The repeated bashing of her father Joe Giudice has clearly affected her.

It’s her father, and Joe needs to realize that. His issues with his former brother-in-law are valid, but he doesn’t have to constantly speak about him. Let bygones be bygones, and find a way to move on. Is it really that hard? Stop putting these poor children through unnecessary pain. Please. Think about the ramifications of your actions Your words have power.

I wish the show would stop trying to make the husbands happen because nobody cares. Why do they get so much airtime? They’re not as magical as the powers that be think they are. They’re actually quite unlikeable at times. Especially Joe Gorga.

Why is there a scene with the husbands? I’ve never seen a group of men so desperate to be in on the gossip. They’re almost as bad, if not worse than the women. It’s nauseating. Carrying on about the women’s drama and saying maligning comments is not okay. 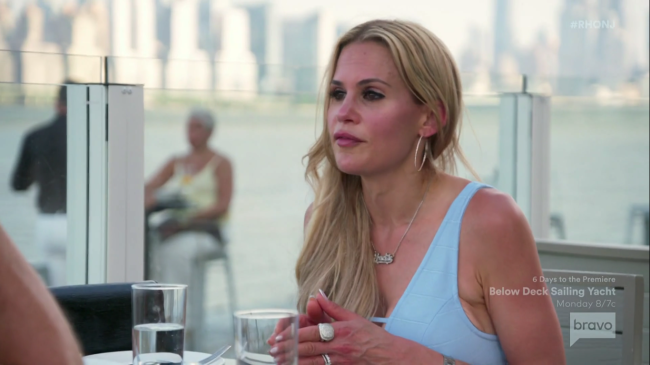 It looks like Jackie & Evan Goldschneider are doing extra this season to appear solid. There’s no reason to believe they aren’t in a good place, but it seems like damage control after last season’s rumors. It’s transparent.

Jackie talks about her eating disorder and a time when she fainted around Evan and his friends. She was in a place where she wasn’t eating regularly, and she was close to death. She wasn’t okay. Last year was hard for her, and she admits she shut down a little.

Jackie lost a few pounds after the drama took place, and the kids are noticing her eating patterns. They don’t understand why Jackie’s eating the same dinner every night. She’s scared of gaining weight, and she’s hungry all the time. Jackie’s living in fear that she’ll relapse and end up killing herself.

I have to commend Jackie for opening up like this. She’s laying all of it out there, and she knows what work needs to be done. Evan’s a supportive partner, and with his help, she might be able to get to a better place again. I hate that what happened last season appears to have affected her in such a negative manner. 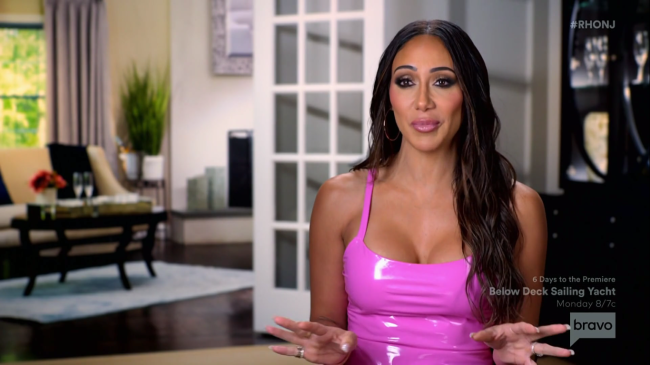 Jackie phones Jennifer Aydin to check on her which is sweet because she doesn’t have to. Jackie lays it all out there and tells Jennifer that Dolores isn’t being the friend she needs right now. Shots fired! We might see Patterson Dolores if she catches wind of what Jackie’s saying. It’s not going to be a good situation because Dolo doesn’t play.

Jackie invites Jennifer to her upcoming couples night. With Jennifer on the outs with most of the women (now including Dolores) and Teresa not attending, it’s going to be rough. She’s walking into a snake pit with everyone looking to sink their fangs into her.

Louie’s working hard to get this family to speak about their feelings. Introducing this crop of people to self-help techniques isn’t going to go well. They don’t respond well to communicating like that. However, there’s nothing I want more for this family than for the fighting to stop. They deserve to genuinely love each other and work through everything.

Teresa doesn’t think anyone has Jennifer’s back after Margaret revealed Bill Aydin’s affair. It was dirty for Margaret to do, but at the same time, you have to wonder if Jennifer laid the groundwork herself. You can only poke the bear so many times before they maul you.

Is it wrong that I don’t think Louie’s as bad as they’re making him out to be? He seems like a genuine guy trying to help heal this family. It’s not that weird.

Melania’s hurt over what happened between her uncle and father, but she doesn’t want the drama. She wants to let go of the overthinking and basically wants it all to stop. However, letting go of the past is often more difficult than it seems. Their family has been through war against each other. It’s time for it to stop because enough is enough. 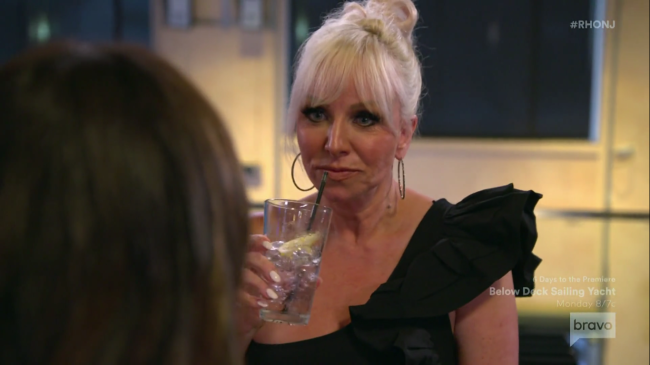 Jennifer’s reluctant about going to Jackie’s event. Even Traci Barber feels bad for Jen because she knows how rumors can be damaging, so she’s feeling for her. Jennifer’s left both of the events this season in tears, and you can’t help but sympathize with her. Hopefully, this thought process doesn’t alter her friendship with Melissa.

I’m obsessed with Jackie throwing a college party event! Sometimes she comes off like a stick in the mud, so moments like this give her somewhat of a cool factor. She’s actually coming across like the badass Jewish chick from Jersey as she professed in her first season.

Traci defends Jennifer at the party after Margaret shames Jennifer for crying. She says you have to be kind. YES TRACI! Traci’s coming in hot in this episode, and I’m here for it. Melissa might regret bringing her friend into the show because so far their beliefs aren’t meshing.

However, the same can be said about Jackie. Jackie’s putting aside her past shit with Jennifer and being a damn good friend. The other ladies could learn a little about being loyal friends because they’re being mean this season. Facts.

Dolores reveals to the women that she and David Principe have finally split. I never understood that relationship. He was never around when she needed him. The best thing she’s done is call it quits because things were never going to change.

Jennifer drops the bomb on Dolores about Jackie questioning their friendship. Dolores is incensed. Patterson Dolores is coming out, and things are escalating quickly. Dolores says she doesn’t need to hear it from “this”. Big mistake. Being called “this” sends Jackie into a tailspin, and things are out of control. Dolores has to be physically restrained from Jackie. I hate them doing a to be continued with this. Ugh.

TELL US – IS DOLORES OR JACKIE THE BETTER FRIEND TO JENNIFER? TEAM MARGARET OR TEAM JENNIFER? WILL JOE GORGA STOP BASHING JOE GIUDICE IN THE PRESS? ARE YOU ENJOYING THIS SEASON OF THE REAL HOUSEWIVES OF NEW JERSEY?