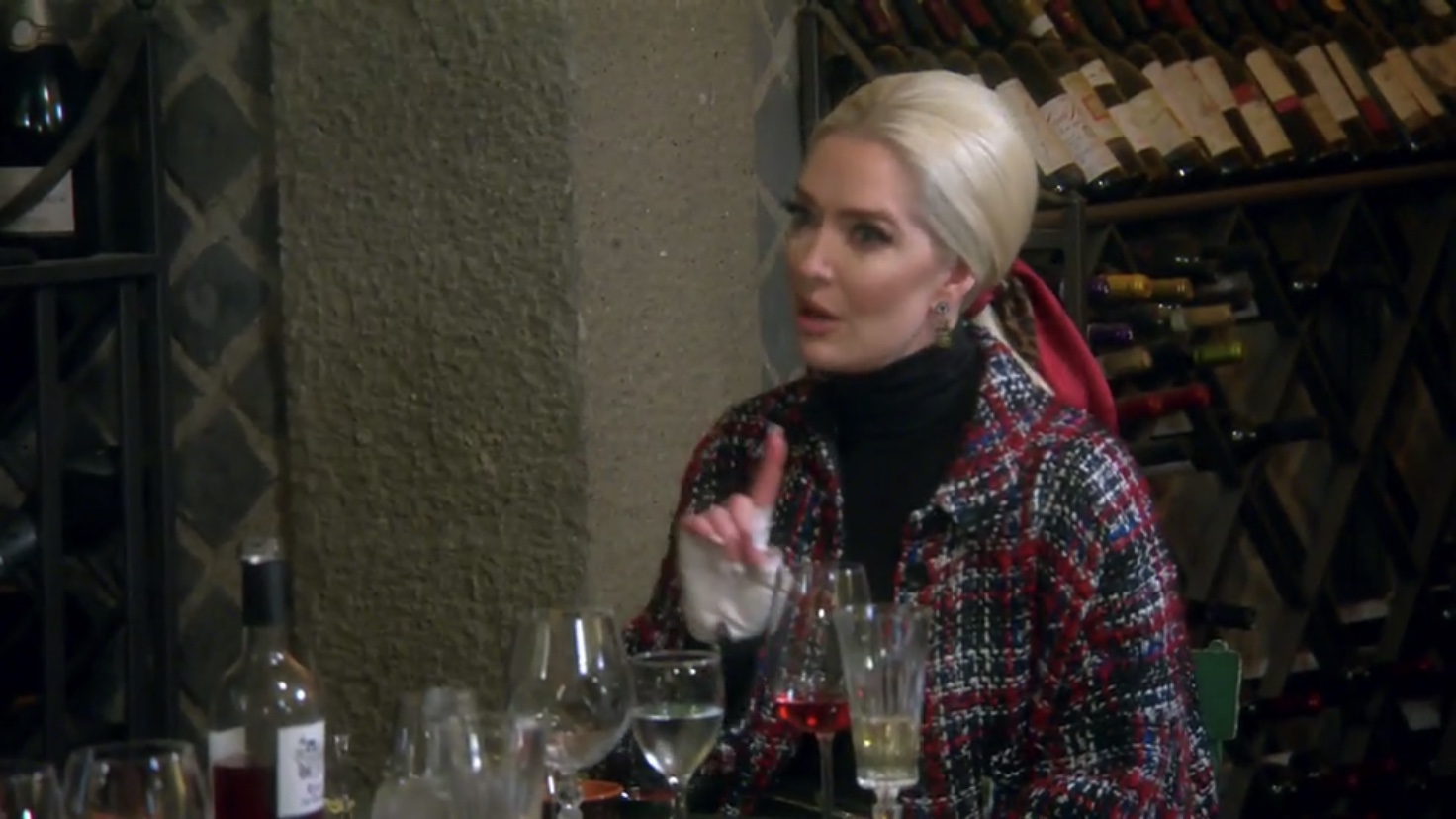 If I am paying a lawyer thousands of dollars to clear my name, they damn well better not start asking stupid questions. Real Housewives of Beverly Hills star, Erika Jayne, finally has a storyline. Unfortunately the story is Erika and her lawyer hubby ganked an enormous amount of money over the years from innocent victims and got busted. ALLEGEDLY. Erika hasn’t exactly contributed a lot of content aside from the occasional eyeroll since joining RHOBH, but it appears she and estranged spouse Tom Girardi are making up for lost time.

Bravo has no problem with a mug shot. They don’t care if you have defrauded the government. Hell, if you spend time behind bars, Bravo gives you a special show. So the question is, where does Bravo draw the line? Is there a line? Fans are getting ready to find out. Erika is on the hook for embezzlement charges with her husband. They are accused of stealing millions of dollars from clients Tom represented in trial. Erika was popped because her corporate account had a suspect deposit of $20 million, and everyone knows her music isn’t that popular. Now we’re going to court and Erika’s lawyer wants to know why she is being bothered with this mess. Really? Yes, really.

The time has come for Erika to start answering the money questions. Big Tommy has some big allegations for fraud against him. Law firm Edelson PC accused both Erika and Tom of embezzling settlement money. The money was meant to go to families of the victims of Lion Air Flight 610. The lawsuit was filed less than one month after Erika submitted divorce papers to end her 20 year marriage. The firm claims Erika and Tom’s split is a “sham” and the couple “are on the verge of financial collapse and locked in a downward spiral of mounting debts and dwindling funds.”

Erika’s response to Tom’s assets being frozen was to sell some of her junk online – until she got popped for that too. Erika’s attorney spoke with the judge yesterday and Us Weekly has the details. Earlier this month, a motion was filed by Edelson PC to hold Erika in contempt after Tom’s assets were frozen. The firm requested Erika stop working with the French company Vestiaire to sell her used clothes through the online site. It seems her online boutique could have been an avenue of funneling Big Tommy’s money out of the good ‘ol United States.

The judge apparently had to dumb it down for Attorney Wasserman. “There’s an asset freeze,” the judge explained. He also added Erika could have been  at risk of being held in contempt by selling her clothes (or other items) online. Per the judge, “His [Tom’s] assets are frozen. I think you need to convey that to your client. If she is selling assets that are property of Tom Girardi, you need to inform her of the danger that puts her in.”

Now, I’m no lawyer, but how was this not explained to her in the first place? Mr. Wasserman replied, “I understand the court’s comments and will take them to my client.” Also, duh. During the hearing, Erika’s lawyer questioned her role in Tom’s case. He said she is not part of the civil proceedings against Tom and Girardi Keese. The judge responded, “She [Erika] is a third party, who arguably, had access to the assets, or access to someone whose assets are frozen. She has notice of it now.” I would be rethinking my choice of attorneys at this time. But, maybe that’s just me.

RELATED: Erika Jayne Reportedly Dumped Tom Girardi Because “He Was Cheating On Her With Multiple Women”

In light of the bankruptcy case filed by Big Tommy’s creditors, the contempt motion against Erika was dropped. However, Edelson is locked and loaded and they aren’t going away. The case is moving forward and Erika’s sketchy global account remains in the spotlight. But if you find yourself looking at consignment goodies and the seller is Smerika Layne, keep on scrolling because those items might be hot.

RELATED: Judge Stops Erika Jayne From Selling Her Clothes Online In The Midst Of Her Legal And Financial Struggles

TELL US- WILL ERIKA AVOID JUDGEMENT? DO YOU THINK SHE KNEW OF TOM’S ALLEGED FRAUD? IS ERIKA GUILTY?

Real Housewives of Beverly Hills star Kyle Richards is apparently on clean-up duty and trying to explain herself. Again. Over…
Reality News 2 weeks ago