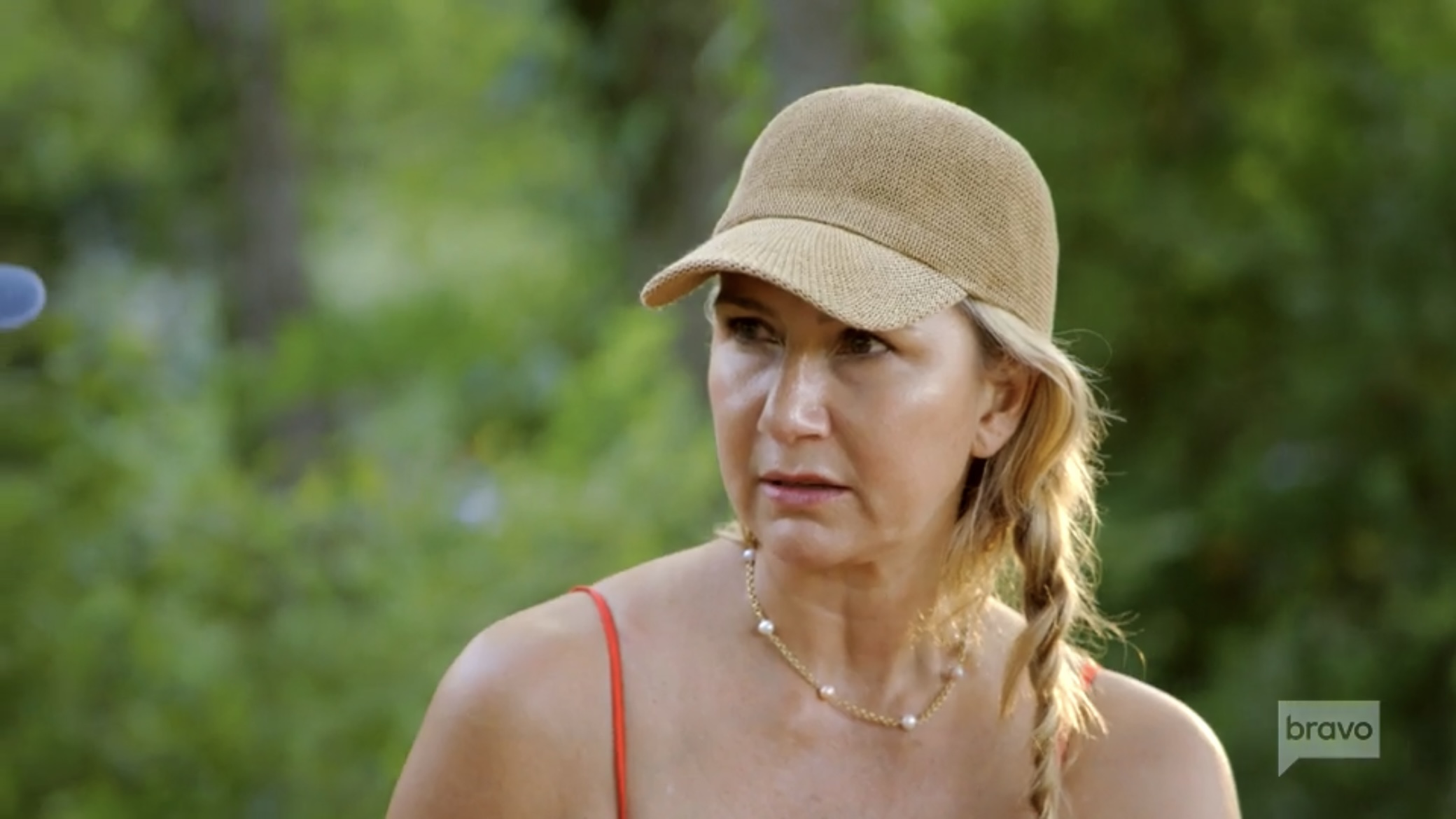 Kary Brittingham is on her second season of Real Housewives of Dallas and it seems the Sophomore Curse is right on schedule. Last year we saw Kary suffering from the impact of former cast member LeeAnne Locken’s harsh words against her culture. This season we watch as Brandi Redmond navigates her own incredibly tone deaf actions against the Asian community. Suffice to say, some people are better seen than heard.

But make no mistake, Kary definitely wants to be heard. When viewers first met Tiffany Moon, Kary put her through the wringer. She joined the rest of the cast in mocking food at Tiffany’s dim sum event. She also appeared to haze the newbie as if she were pledging a sorority of middle-aged tequila aficionados. Kary has also been on some kind of lowkey mission to poke and prod D’Andra Simmons whenever the opportunity presents itself. Now Kary is apparently upset at how she’s coming across on camera. Go figure.

If you sit very still and listen closely, you can almost hear Kary saying, “I got a bad edit” at the RHOD reunion that has yet to film. Kary is feeling some type of way because she kinda sorta treats people like trash and then those people talk about it. How dare a person have an opinion when some lady will not leave them alone, despite repeated attempts to say, “um, I don’t need that 19th shot, but thanks”. The nerve.

Viewer backlash has been swift and Kary is now on the other side. Instead of being the “victim” of someone else’s tongue lashing, Kary’s tongue has been working overtime. Now Kary is butthurt and wants you to know, just because she acts like a bully doesn’t mean she’s an actual bully. In an interview with Entertainment Tonight, Kary tries to set the record straight. Kary said, “I will say that I’m very disappointed that people call me a bully, because obviously I don’t feel like I’m a bully.” Not even when she pushed someone who can’t swim into a pool?

Kary added, “I mean, am I confrontational? Yes. Am I feisty? Yes, but that’s very different than being a bully and that does hurt my feelings.” Um, sometimes “confrontational” can be seen as bullying, depending on the context. Kind of like when D’Andra hosted a wine tour and Kary decided to point out each and every thing that didn’t measure up to her standards. So was that feisty or confrontational? Funny, when an actual human being is on the receiving end of Kary’s “feisty” behavior, it can probably be seen as bullying.

Ladies going into their second seasons generally suffer from “The Curse”. Everything is hunky dory the first year out, and then suddenly a target is on your back. Welcome to your second season, Kary! “I mean, I can’t control how people feel,” she adds. “People are going to be like that. And I feel like, if you take the time to go on my account and say all these things about me, I mean, isn’t that bullying?” No honey, that’s called “reacting”.

RELATED: Kameron Westcott Says Kary Brittingham Is Not A “Villain”; Claims Kary “Comes Off More Pushy Than She Really Is”

RHOD seems to be more about certain cast members engaging in behavior that isn’t suitable for farm animals, and then deflecting said behavior. If you aren’t racist, don’t mock an entire community of people. If you aren’t a bully, don’t treat people like shit. A couple of folks in Dallas haven’t gotten the message yet.

TELL US- DO YOU LIKE KARY? WOULD YOU CONSIDER KARY A BULLY? IS KARY DEFLECTING AND NOT OWNING HER BEHAVIOR?

I’m gonna be honest here… I’m very bitter and still not over the cancelation of Bravo’s Real Housewives of Dallas.…
Reality News 4 months ago