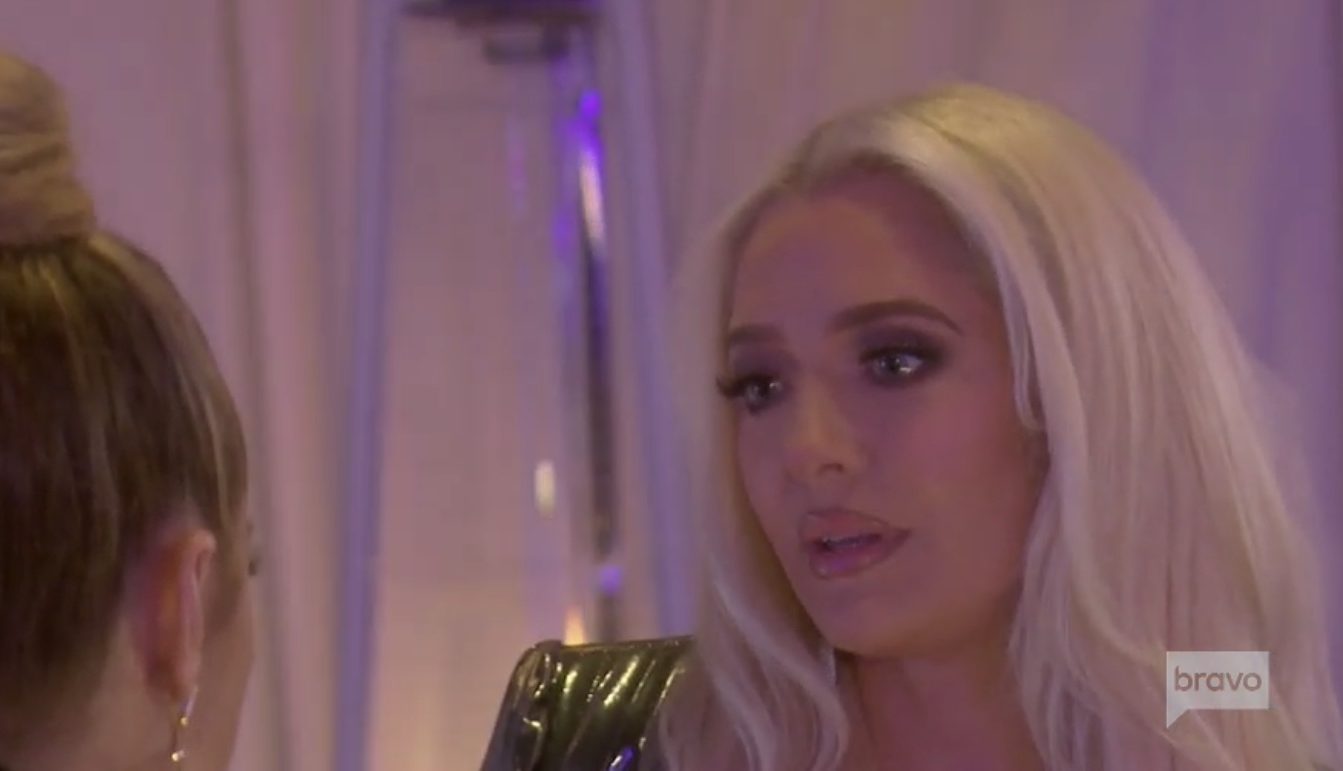 Real Housewives of Beverly Hills star Erika Jayne had quite a year. No, she didn’t release a song that went straight to number one. She wasn’t recognized for her philanthropic efforts towards the less fortunate. But she did file for divorce from Tom Girardi. Then Erika found herself being sued for embezzlement with her estranged husband. Oh what a tangled web we weave when first we practice to deceive.

Erika and Tom’s romantic love story for the ages might be over, but their court cases aren’t. After ALLEGEDLY siphoning money from client cases, including plane crash and burn victims, the former couple are in a shitload of trouble. So what do you do when you’ve run out of people to scam, your ex has apparently misplaced over $80 million, and you can’t even sell your clothes online for a buck? You pack up the Pasadena Palace and move into a $1.5 million home so you can remain unbothered at a distance.

While we wait to see what comes of the charges against Erika and Tom, more people continue to come out of the woodwork in an effort to get their money. But they better hurry. Tom is losing everything, including his mind, if you believe his camp. Right now Big Tommy’s lawyers are trying to prove he was too incapacitated to commit any crimes. While Erika’s husband may or may not be suffering from an aggressive decline, Erika has been posting revealing lingerie shots to social media and not commenting on the scandal. And we say unto Felicia… farewell.

In documents that were filed for Tom’s conservatorship petition, a list of people to be notified were included and Erika’s name was there. Correction, several of Erika’s names were there. Erika Chahoy aka Erika Girardi aka Erika Jayne. She/They are listed as his “spouse”. The papers also showed a new address for Erika. According to The Blast, Erika moved into a 3-bedroom, 2-bathroom, 2,015 sq ft. home near Hancock Park.

Was there no available house to rent in Encino? Will Erika’s new abode be the RHOBH version of the sad casita? Is it possible Erika’s move into a home less than 3,000 square feet will grant her immediate sainthood? Erika remains silent on the scandal surrounding her inner circle, but her lack of showing any semblance of an appropriate response to the charges have not exactly endeared her to viewers. At least we can sleep soundly knowing Erika can heat up leftovers in her Viking Double Ovens.

RELATED: Erika Jayne “Will Not Hold Back” About Divorce From Tom Girardi Next Season On Real Housewives Of Beverly Hills

Tom’s defense will be trying to prove his condition has “sadly deteriorated to the point where he cannot care of himself without assistance”. But Tom’s creditors aren’t buying it because they claim he was perfectly okay negotiating only a couple of months ago. A judge has yet to rule on Big Tommy’s conservatorship. While Erika unpacks what’s left of her belongings, I wonder if she will reflect on what her life has become as she searches for a place to put the cardboard cutout of herself.

Hopefully, we will get some answers when RHOBH comes back. Until then, it seems maybe Erika’s time in the spotlight has been reduced to sitting under the warming lamp at The Sizzler.

RELATED: Fans Troll Erika Jayne For Describing Herself As “So Fresh And So Clean” In Midst Of Legal Drama

TELL US- ARE YOU SURPRISED ERIKA MOVED? DO YOU THINK ERIKA IS PAYING FOR THE HOME HERSELF? WHAT DO YOU WISH ERIKA WOULD SAY TO HER FANS?

When news dropped that Brandi Glanville had made a hasty exit from season 4 of Real Housewives Ultimate Girls Trip,…
Reality News 14 hours ago

Real Housewives of Beverly Hills star Kyle Richards is apparently on clean-up duty and trying to explain herself. Again. Over…
Reality News 2 weeks ago