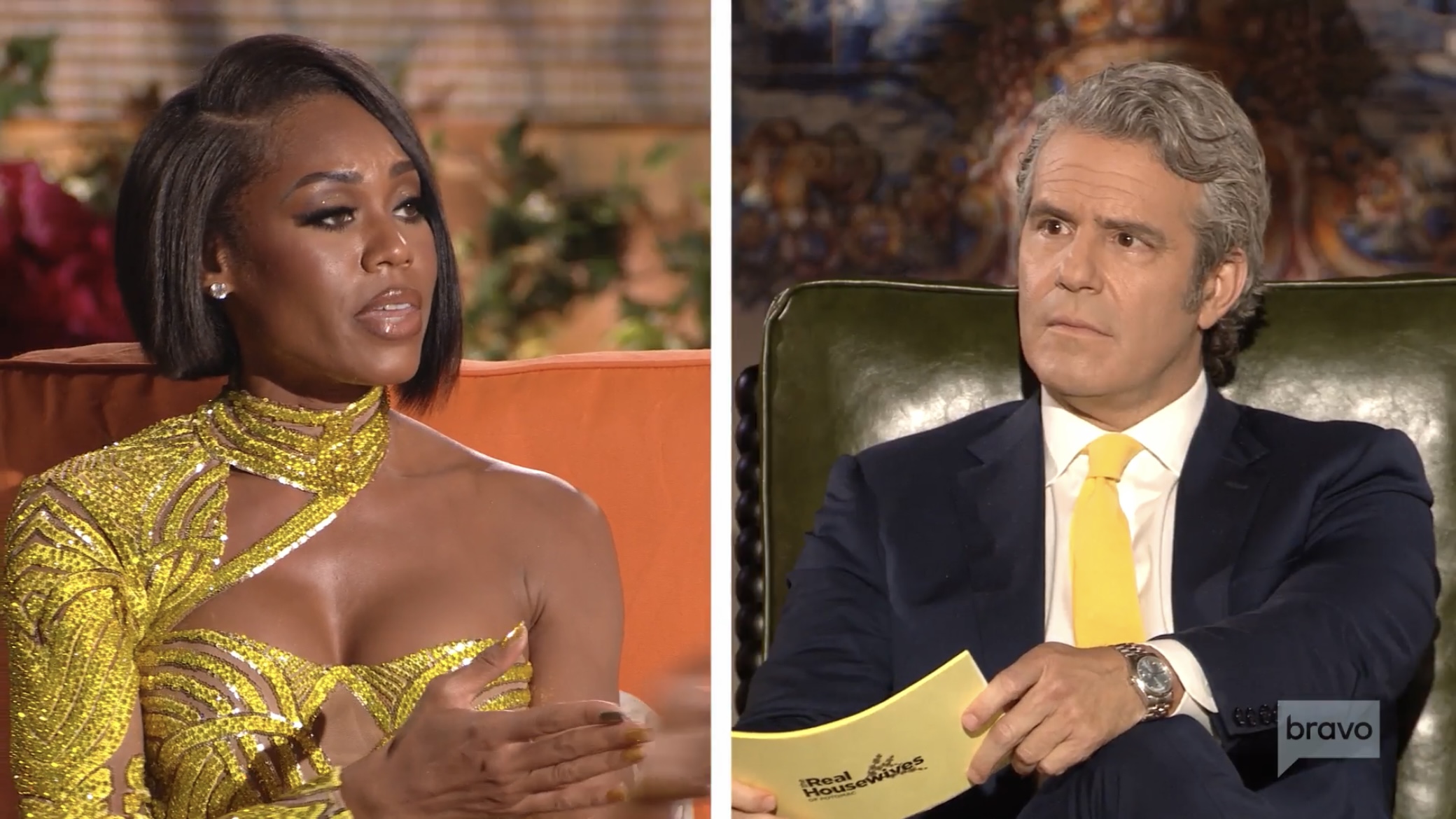 Monique Samuels had one hell of a season on Real Housewives of Potomac. There were ups, downs, and that one time Monique took Candiace Dillard’s hair for a quick spin around a restaurant. Monique might be rough around the edges, but at least she responds to co-workers when they ask for something. It seemed like our country’s political divide in 2020 had nothing on the debate fans had after the RHOP barn brawl.

One of the biggest concerns was the violence between Mo and Candy and exactly who was responsible. Both were expected to return to the show, but Monique opted out of coming back after the reunion didn’t go in her favor. To be fair, the reunion didn’t go in anyone’s favor, especially Andy Cohen’s. After suggesting Bravo set her up during the season 5 reunion tapings, Monique took her binder, her bird, and peaced out. Now Mo says she will never return to the show because she was “treated unfairly”.

The season might be over but the conversation is not. As far as Monique is concerned anyway. Many fans were happy Monique was set to keep her champagne glass after she dragged not only Candiace in a literal sense, but Pastor Holy Whore Jamal Bryant in a figurative sense. Poor Jamal went from living in Gizelle Bryant’s phone to living in fear after Monique pulled receipts on his extracurricular activities. Mo scored big points with her big book. Now, she’s revealing the real reason we won’t be seeing her on the show anymore.

According to HollywoodLife, Mo was asked if she would ever consider a return appearance and that’s a big ‘ol negative Ghost Rider. She said, “I will never be back on that show because too much has happened and to me, if people were really genuine and they really feel any type of remorse as they try to hold me accountable at a time that I wasn’t ready. Some of these ladies have done some really nasty, disgusting things and I’ve not had one apology in my direction. My husband has not been apologized too [sic].”

Okay, I am historically Team Monique and even I don’t understand this. Does she want a medal for having a fight? Does she expect to be absolved from crazy rumors meant to enhance storylines? Has she met Ashley Darby? Why does Chris Samuels require an apology – because his wife signed up for a show that literally revolves around conflict and questionable home décor? While Monique apologized to the cast and Candy for her part in the WWE match, she feels Andy grilled her in a one-sided way at the reunion.

Mo shared, “We don’t feel we were treated unfairly — We were treated unfairly. Without a shadow of a doubt, we were. If you could’ve heard some of the questions that weren’t shown, it was like guns a blazin’ in my direction.” I get it but this is also par for the course in reality television. That said, Andy took a lot of heat for how he treated Monique during the reunion and also felt the need to share he had hoped the reunion would be four parts instead of three. I guess the 4th part would have been Andy throwing Monique a bone, but we’ll never know.

Monique has zero regrets about her decision to stay home with her essential oils. “When they asked me to come back I was like, ‘Oh, OK, well let me go ahead and come back and redeem myself and have a great season 6,’ and I had the intention and hopes that they would show what really happened for the last, final part of the reunion. And when that didn’t happen, I was like, ‘Wow. Why am I here exactly?’ I’m not here for the money. I’m here for the platform.” Unfortunately, I guess the platform wasn’t here for Monique.

RELATED: Monique Samuels Denies That She Was Demoted From Real Housewives Of Potomac; Confirms Reunion Sealed Her Decision To Quit

TELL US- DO YOU AGREE WITH MONIQUE? DOES SHE HAVE A VALID POINT? WAS SHE TREATED UNFAIRLY?

Well, I must say, after seven years of defending and rooting for Robyn Dixon, she finally let me down. We…
News 2 hours ago

Hello and welcome to another edition of Housewives Doing Things On Social Media, which is the unofficial title of this…
Reality News 2 days ago