Vanderpump Rules Reunion Part 3 Recap: It Was About The Pasta

Last night was the final episode in this endless season of Vanderpump Rules. I celebrated making it to the end with a Vanderpump Rules worthy fancy cocktail of my own creation.

Oftentimes while watching this show, I mentally compare it to The Wizard of Oz. I imagine all these aimless WeHo-ers, orange as oompah-loompas, wandering the LA scene asking The Wizard, Lisa Vanderpump, for some guidance, but even Lisa doesn’t know what to do with these half-humans and sometimes must simply order them to “shut up.”

So last night Lala Kent got a conscience, Jax Taylor pretended he got a heart, and Scheana Marie demonstrated that selling her soul to the reality TV satan granted her eternal selfishness. Congrats!

Honestly nothing much happened last night. We, again, pondered if Jax and James Kennedy are essentially identical twins, conjoined by a douchey nature and separated at birth by 13 years. I say yes, and no. Like they have similar tendencies but James, shockingly, seems to contain more self-awareness, and perhaps more humility, than Jax? Basically anything that ever emerges from Jax’s mouth, whether it be about a job in Tampa, why he cheated, talking throw pillows that told him, non-verbally, that James hooked up with Kristen Doute, or how much he claims to [now] love Brittany Cartwright never seems believable. And no amount of Lisa’s cajoling, threatening, or straight-up demanding can make Jax into a man who knows right from wrong. It’s really quite unbelievable!

Everyone swears though that Jax has changed since his dad passed away. Mostly he’s finally treating Brittany like the pageant Queen of the Coal Fields, like she’s always deserved. I mean, I guess that’s progress? But I’d like an detailed update in 6-8 months – once Jax’s grief has worn off and the stress of behaving like a human has caught up with him. I wonder then will he be again waxing mythologically about jobs in Tampa and how there is nothing holding him to LA but a Tom under each thumb? 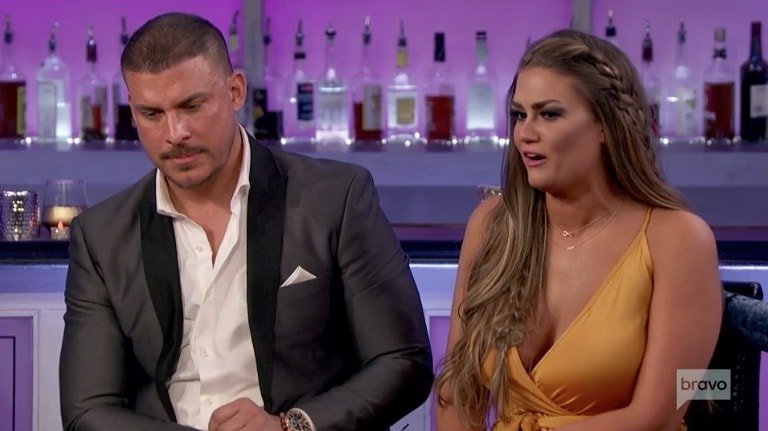 Cause, seriously, Jax has no job now – he was fired from SUR and his only hope, which we all see coming, is to inculcate him in the undoubtedly soon-to-be-announced ‘TomTom: The Barmance’ spinoff. You know it’s on the verynear horizon! Jax will be hired as the manager; drama, shenanigans, and cluster-f*ckery will ensue, and all along Lisa will be holding the 5% partnership over the Toms‘ heads, based upon their success the first six months in business. Ooooh – suspense! Also Jax will either eventually dump Brittany after cheating with a hot new waitress who’s completely naive to his lothario legend, or he’ll propose to Brittany with a custom-made T&T ring. Probably the jeweler will screw it up, though, and it will actually say “T&A”, for tits (that’s her) and ass (that’s him). So there will be all this mayhem about how he has to return it, yada, yada, yada… Anyway, that’s what my Alison DuBois-level accurate Magic Hate Ball predicts! 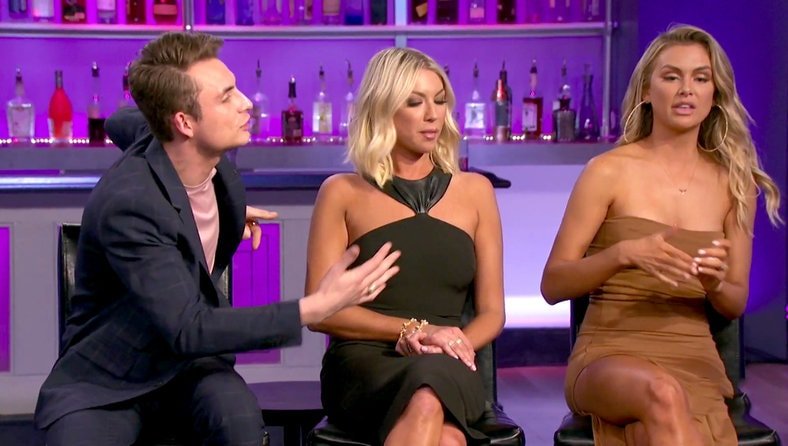 On the other end of the spectrum, Lala is still crying over her doomed platonic love for James, because although “Rand My Man” forever holds her heart and her purse strings, James is her badgirl BFF. After witnessing all the horrible things James said about her and her relationship in the confessionals, plus reliving the “IT’S NOT ABOUT THE PASTA!” scene, we learn that no, it’s not about the pasta – it’s about the liquor, and how James refuses to accept that he cannot handle it. 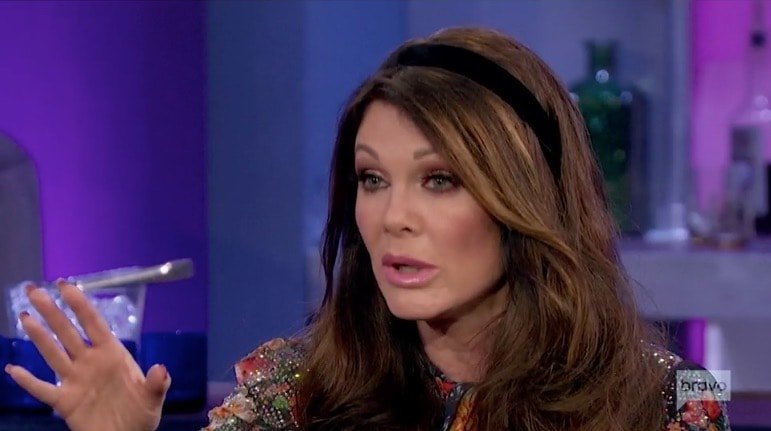 I completely understand Lala’s frustration! James is so defensive when called out on anything – especially with people he’s close to. Lala became so emotional about her breakup with James and his inability to sincerely apology that she left the stage looking like a giant earthworm in that deeply tanned tube dress with matching spray tan. Katie Maloney went chasing after her, which is basically the only thing she’s done this entire reunion. Then Lisa was forced to demand Kristen shut-up for interrupting her monologue about all the ways James fails with female relationships and has mommy issues. I’m frankly tired of Kristen playing The James Whisperer and constantly interjecting to diagnose his misbehaviors. She deserved to be verbally smacked down by The LVP! But of course Kristen got her attention-seeking panties in a twist and also stormed off stage. Then Ariana Madix left to try and talk some sense into the Shemotional Terrorists. 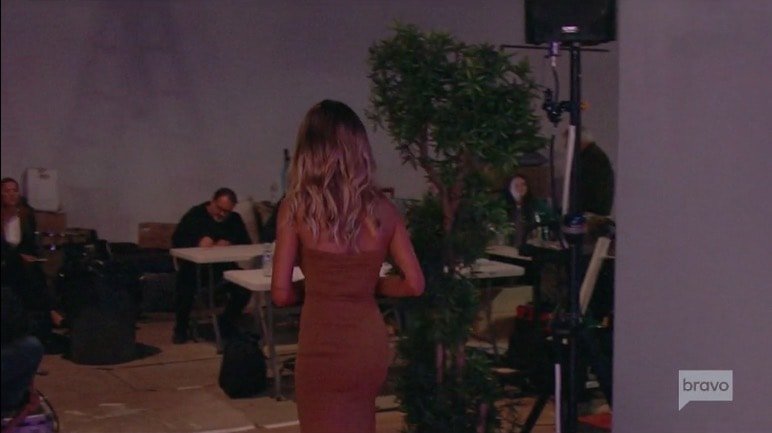 James, meanwhile, sat there stupefied until Lisa ordered him to go after Lala and offer a sincere apology, but then Lisa realized she could lead an ass to water, but not make him drink (unless you tell him it’s vodka), so she went to supervise. Obviously other people also bailed to get in on the backstage boo-hoo-a-thon – it was like musical chairs for fools and attention whores. Eventually, though, after much tottering around, Lisa corralled these waywards back on stage to rejoin the bench-warming Tom 2 and Stassi Schroeder. James and Lala had a terse heart to heart which ended with Lala being mollified by James’s meek, yet abashed, apology.

I surmise that the issues between James and Lala aren’t about Rand and Raquel (that sounds like a cute couple, doesn’t it!), but about how James and Lala ‘sold-out’ to form fakey-fake friendships with the other Survians, a mole race living in the subterranean dumpster system behind SUR and feasting on the remains of thrown away fried goat cheese balls and spilled booze. These pseudo-ships sewed a seed of mistrust within their own friendship. It’s made them question each other’s loyalty. It’s made pasta into something bigger than a pile of carbohydrates only Katie would eat. Because Katie has accepted herself and her role in this mess, whereas James and Lala still feel uncertain. They still need to cling to each other; James the cheese to Lala’s macaroni.

We notice this when Lala complains that James buddied up to Jax, who then, predictably, went ahead and bit him in the rancid goat cheese balls, by insisting that James admitted to hooking up with Kristen in Mexico. James argues back that Lala did the same thing by fakely befriending Stassi and Katie, women she once denigrated for not being PJ (private jet) worthy. Lala now feels disgusted with herself that she ever body shamed. No she doesn’t – Lala feels disgusted that people SAW her body shame and shamed her for it. James, alas, has no such compunction. Luckily! 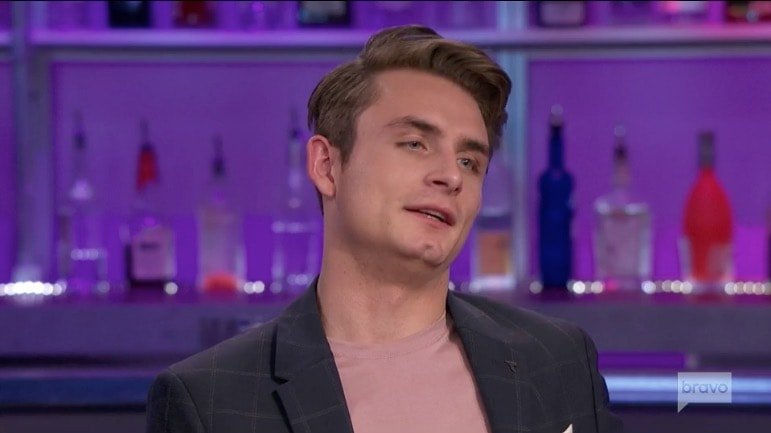 I do not believe that James is still in love with Lala. I do believe that James feels inadequate and insecure next to Rand’s success, and he’s now bitter over being cast out of the PJ to Cannes Club (Governing Summer Body: Lala). I know these two will get back on track. Their emotion for each other, and James quietly admitting that he was sorry, was the only real emotion exhibited the entire reunion. OK, yes, Jax seemed heartbroken over his dad, but there was certainly no emotion in his flippant apologies to Brittany or his insistence that he loves her for real and they’ll be together forever. I mean, that was less digestible than playdoh pasta.

Scheana Marie is too busy taking selfies to watch episodes of Pump Rules, per her job, and admits to fast-forwarding through everyone’s scenes but her own. HA. I’m not surprised, but that’s more selfish than selling your hubs’ addiction out for seven minutes in TV heaven with SUPER Rob. It’s so selfish even Kristen is aghast, and Kristen is so out of it, she didn’t realize someone cut her hair with a weed whacker and a lettuce knife.

But again, this is Scheana we’re talking about. Why exactly are we talking about Scheana though? No one likes her – not even Ariana, who tries her darnedest to pretend yet looks mildly irritated every time she has to mitigate one of Scheana’s make-up meltdowns. Me-Na Scheana for life. Especially now as she’s vowing to remain single – not to work on herself but because she’s embarrassed by what a stalker she looked like this season. 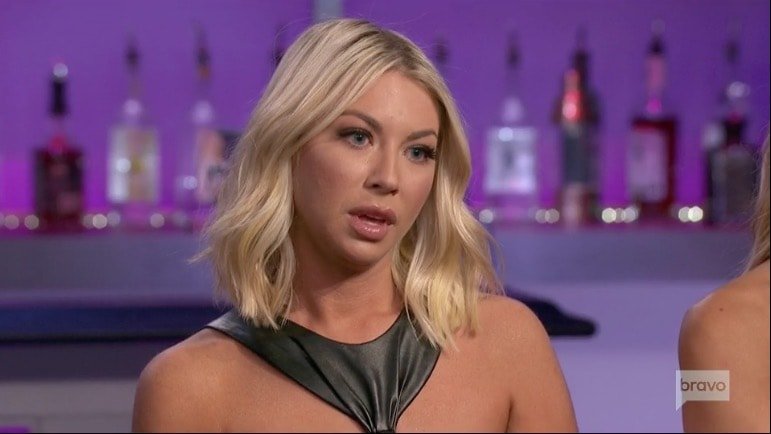 Meawnile, Stassi is happily ensconced with a new man and letting everyone pretend that she finally got the ovaries to dump Puke-rick. She didn’t. Despite him denigrating and condescending Lisa, Stassi still planned an anniversary trip for the two of them but then he didn’t show up. Seriously! That’s what ended things. Now Katie and Kristen have seized control of this Xanax-Adderall-Boozy mess (OH GOD!) and set her up with Beau, a person who also lacks a real name and probably is also addicted to his own spray-tanned image of himself. I’m sure together they’re very galvanizing on Instagram. We can call them Steau. Or is Beassi better?

Stassi reveals that we’ll be meeting the illustrious Beau next season (oh, joy – can’t wait). However Randall will never be appearing on this mess. Whyevernot – doesn’t he love Lala enough?! 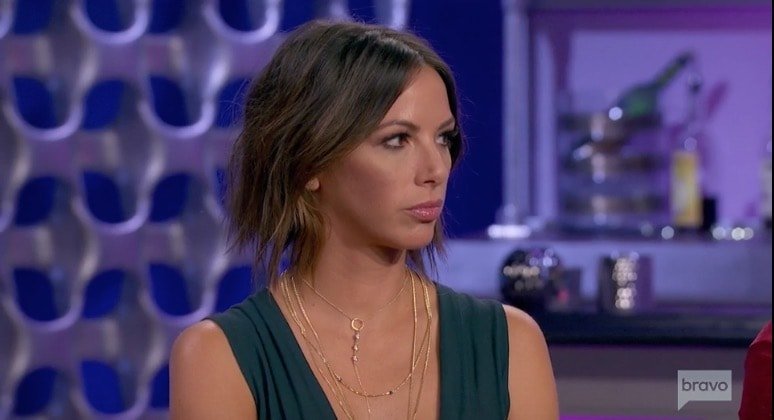 Some end notes: Kristen is livid that Jax and Tom 1 meddled in her relationship with Carter by creating the James Hook-up rumor. She compares this to her insanity with Miami Girl back in season 3. It’s not the same thing, though –  that was calculated, elaborate, and way crazier than the bitchy gossip Tom engaged in with Carter. Although Tom had no right to do that either and it was petty AF.

Brittany complains about being judged by other women simply for following her heart and refusing to leave Jax. Um, you’re on TV … to be judged … we will comply. Me especially. Not at all sorry.

Ariana and Tom are still never getting married, but will be together forever – with one child named Jax, and another named Tom 2. Katie and Tom 2, meanwhile, are still threatening to reproduce. Their child will probably resemble a bottle of Tequila, and they should most certainly name it Tom Schwartz 2. Even if it’s a girl.

Lisa is convinced that none of these yahoos will ever get married – not even Jax and Brittany. She’s probably right. Or at least I hope she is!

Instead of a shot to celebrate the conclusion of the reunion Andy had Peter (looking more adult than ever), Ken, and Giggy bring out shot glasses full of pasta, which provided us the delightful (*SAAAAARCASM) visual of Scheana slurping a noodle while trying not to smudge her lipstick. This ones for you Rob!

TELL US – WILL LALA AND JAMES GET THEIR FRIENDSHIP BACK ON TRACK? DOES JAX TRULY LOVE BRITTANY?